Two new cases of Middle East Respiratory Syndrome (MERS), which since 2012 has killed 107 people in Saudi Arabia, have been reported in Jordan.

The Jordanian state news agency Petra said an unidentified Saudi man, 25, and his Jordanian medic, 28, are infected, bringing the number of MERS cases in Jordan to seven.

The medic “got infected while he was treating the Saudi patient. He (the medic) is in stable condition,” said Health Ministry official Mohammed Abdallat.

The MERS coronavirus causes acute respiratory illness. Its symptoms include fever, cough and shortness of breath, and thus far the majority of its victims do not survive, the U.S. Centers for Disease Control said. It is regarded as a deadlier but less-easily transmitted form of the SARS virus, which began in Asia in 2003 and infected 8,273 people, 744 of whom died.

Saudi health authorities reported Wednesday the number of those diagnosed within the country with MERS had risen to 361. 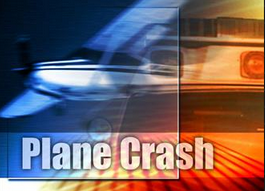 The U.S. Coast Guard has rescued two Navy pilots after their plane crashed off the coast of Corpus Christi in the Gulf of Mexico.

Navy public affairs officer Brynn Olson said the pilots were uninjured and an investigation into the crash during a routine training flight will begin immediately.

The plane was based at Naval Air Station Corpus Christi.

New Magma Under St. Helens and Possible Submarine Eruption in the Mariana Islands

The Cascades Volcano Observatory released an information statement this week about the current status of activity at the most active volcano in the lower 48 states, Mount St. Helens. The volcano in southern Washington has been quiet since the last eruptive period ended in 2008 following four years of dome growth within the 1980 crater. However, just because a volcano isn’t erupting doesn’t mean that there aren’t things happening within the magmatic system below the volcano. The USGS reports that the volcano has slowly been inflating during this period since the 2004-08 activity ended and when combined with the low-level seismicity that has been occurring, they think that the magmatic system is slowly refilling at depths of 4-8 km below the surface. Now, this doesn’t mean an eruption is going to happen anytime soon — most volcanoes in like the Cascades will be replenished with magma from the mantle source upwards of 35-40 km beneath the volcano (depending on the thickness of the continental crust). Most of this magma likely takes years to millennia to traverse that distance before its stored beneath the volcano, although there are examples where it seems that magma can make it from the source to eruption in days without pausing, but so far we haven’t found evidence of this in the Cascades. Even after that, much of that magma never erupts, so this new magma filling in below St. Helens is just business as usual at such a restless volcano. So, even with these observations, the status was not changed at St. Helens (still Green/Normal). That being said, it does mean that St. Helens needs to be closely monitored to look for signs that magma might continue to move upwards in the system towards the surface because that might be the harbinger of a new eruptive period.

Unlike St. Helens, most people (including myself) have never heard of Ahyi, a seamount in the Mariana Islands. The United States monitors volcanic activity in the northern Mariana Islands, so any activity within the chain is reported through the USGS in cooperation with the Commonwealth of the Northern Mariana Islands (CNMI) Emergency Management Office. Volcanoes under their purview include Pagan and Anatahan. Recently, seismometers on these islands picked up a signal that suggests an undersea eruption might be underway at Ahyi, which is just north of Pagan. However, with any seismic data, it is hard to precisely locate the source of the earthquakes, so Ahyi is the likely source, but not the only source. The seamount last erupted in 2001, but with any of these submarine volcanoes, they might have small eruptions that go missed if there is no surface manifestation, as has been the case so far with this new potential activity. The latest Smithsonian/USGS Global Volcanism Program Weekly Volcanic Activity Report does also mention divers at Farallon de Pajaros noticing “loud explosions” and “shockwaves” that were even felt on the NOAA ship. Farallon de Pajaros is only ~17 kilometers from Ahyi, so this seems to be good supporting evidence of submarine eruptive activity going at Ahyi, thus the elevated Yellow/Advisory status.

Scorching heatwave conditions today continued unabated in northwest region in Rajasthan as Ganganagar recorded the maximum temperature of 45.9 degrees Celsius.
Barring Udaipur, maximum temperature in all cities was above 41 degrees C, up three to five notches more than average, aMeT official said.
After a sizzling weather till 4 pm, residents of the Pink City ofJaipur got a mild respite following a dust storm and cloudy weather in the evening. Though the maximum temperature was 43.2 degrees C.
Meanwhile, Churu recorded a maximum temperature of 45.7 degrees C, followed by Bikaner 43.6, Kota 43.5, Barmer 43.2,Ajmer, Pilani, Jaisalmer around 42.5 degree C each.
Weather would remain be dry in the state in the next 24 hours except Jaipur where a dust storm or thunder showers may occur, a MeT office forecast has said.
http://tinyurl.com/mwedbt9
May 1, 2014

“We’ve seen flooding before, but never flooding that washes the back of a house away,”

From building-crushing hurricanes to killer sinkholes, Gulf Coast residents have seen a lot. But even these battle-tested veterans of the weather wars are marveling at torrential rains that washed out bridges and roads, sent chest-high water into homes and forced major military bases to shut down Wednesday.

“We’ve seen flooding before, but never flooding that washes the back of a house away,” said CNN iReporter Matt Raybourn of Pensacola, Florida. “There are no words for what we are seeing here.”

The rushing waters reduced some streets to rubble, gouged huge gashes in others and left stretches of many others submerged, including parts U.S. Highway 98, the main east-west route along the coast. It was closed in several places between Fort Walton Beach and Panama City. Abandoned cars sat half-submerged along the highway.

Along the coast, water pushed ashore by wind-driven waves and unusually high tides lapped at sand dunes as red flags warned swimmers to stay out of the water.

In a neighborhood north of Pensacola, a creek overran its banks, inundating homes and forcing residents to retreat to their attics to await rescue, Escambia County spokesman Bill Pearson said.

Rescuers were reaching the residents on state Fish and Wildlife boats and personal watercraft normally used to patrol the county’s beaches, he said. The National Guard was also on the way.

Gov. Rick Scott said Wednesday morning that crews had completed more than 200 rescues out of 300 requests for help in the state. He declared a state of emergency and warned residents to expect more rain and flooding.

As much as 18.9 inches of rain fell over 24 hours in Alabama and Florida, according to the National Weather Service.

It was all the result of a slow-moving and massive storm system that sucked up moisture from the Gulf of Mexico for days before dumping it back onto land in a series of thunderstorms, said CNN meteorologist Jennifer Gray. Satellites captured an image of the water vapor held aloft by the storm tracing a huge sideways ‘S’ shape across much of the country.

In Perdido Key, Florida, iReporter Steve Olensky described the storm as a “hurricane and tornado all in one.” “It was blowing and blowing, the rain was coming. It was just incredible,” said Olensky, whose 22-foot boat vanished in the storm. “We’ve been through (hurricanes) Ivan and Katrina, and we’ve never seen anything like this.”

Many roads in the city of Gulf Shores, Alabama, were “totally flooded,” the city said on Twitter. At least three heavily used bridges in Escambia County, Florida, had been badly damaged or destroyed, said Pearson, the county spokesman.

Naval Air Station Pensacola, Eglin Air Force Base and Hurlburt Field, another Air Force installation, were closed to all but essential personnel, the installations said on their Twitter and Facebook accounts.

In nearby Baldwin County, Alabama, the Fish River reached historic flooding levels, according to the National Weather Service.

Most government offices in the Florida Panhandle were closed Wednesday, as were many schools. Pearson said emergency officials were urging businesses to stay closed as well and were asking motorists to stay off the roads.

CNN iReporter Randy Hamilton said the scene felt like the aftermath of a hurricane with “abandoned and flooded cars just littering the streets.”

“Debris from trees everywhere. Standing water all around, gray skies, and wind gusts that make you fear something will blow down on you,” he said.

The storms were part of the same system that has spawned tornadoes and other severe storms since Sunday, claiming at least 36 lives in Oklahoma, Iowa, Arkansas, Mississippi, Alabama, Tennessee and now Florida.

Tens of thousands remained without power in the South, where suspected tornadoes tore through homes and businesses late Monday.

In addition to the Florida flooding death, police in Athens, Georgia, said a driver was killed Wednesday when storm winds toppled a tree onto a car. At least 17 people died because of storms in Mississippi, Alabama and Tennessee on Monday. Those deaths are in addition to 18 others reported from storms Sunday in Arkansas, Oklahoma and Iowa.

Search and rescue efforts were still under way in Louisville, Mississippi, about 90 miles northeast of Jackson, where a tornado flattened a day care center, said Robert Latham of the Mississippi Emergency Management Agency.

Heavy rain will be the norm.

DOUBLE CME TO STRIKE THE MAGNETOSPHERE ON 2nd_3rd MAY 2014

DOUBLE CME TO STRIKE THE MAGNETOSPHERE

A VERY STRONG INFLUX OF ENERGY WILL STRIKE THE MAGNETOSPHERE FROM THE 2nd MAY 2014. FURTHER EARTHQUAKES, VOLCANO ACTIVITY AND ADVERSE WEATHER WILL BE GREATLY INFLUENCED BY THE COSMIC RAYS STRIKING THE EARTH’S CORE