Hurricane Fay toppled utility poles and knocked out power to thousands of people in Bermuda before moving out over open ocean on Sunday, just as a new storm raced toward the eastern rim of the Caribbean threatening to become a hurricane.
Fay strengthened into a hurricane Sunday afternoon but was expected to return shortly to tropical storm strength, according to the U.S. National Hurricane Center in Miami.
Meanwhile, Tropical Storm Gonzalo was centered roughly 125 miles (205 kilometers) east of the Guadeloupe Sunday afternoon and was expected to pick up strength as it moved toward Puerto Rico, according to the center.
Tracking west at about 12 mph (19 kph), forecasters said accelerating Gonzalo could reach hurricane strength by the time it hit Puerto Rico’s southern coastline Tuesday morning. After tracking across the U.S. Caribbean territory of about 3.6 million people, forecasters expect Gonzalo to curve over the open Atlantic and stay away from the U.S. East Coast.
Tropical storm warnings and watches were issued for a number of Caribbean locales, including the French dependency of Guadeloupe, the Dutch Caribbean territory of St. Maarten, as well as Puerto Rico and the U.S. Virgin Islands.
As the wind began to pick up under partly blue skies on Sunday, Caribbean residents wary of a possible blow from the approaching tropical storm stocked up on fuel and groceries and pulled boats ashore or moored them at marinas.
“We’re being told that it’s coming this way so people are trying to find safe havens for their boats. Hopefully, all we’ll get is some rain but you have to be prepared as best as you can,” said Jane Wherren, operations director at Crown Bay Marina, which caters to mega yachts and other pleasure watercraft up to 200 feet (60 meters) in length.
From Puerto Rico, the U.S. Coast Guard warned people to avoid the ocean and stay away from shoreline rocks starting noon Monday. “Tropical Storm Gonzalo is developing quickly,” said Guard Capt. Robert Warren.
Rain-swollen Gonzalo was expected to move through parts of the Leeward Islands by early Monday, producing 4 inches to 8 inches (10 centimeters to 20 centimeters) of rain, with some areas potentially getting soaked with as much as 12 inches (30 centimeters).
The storm forecasts prompted at least one cruise ship company to tweak its itineraries. Carnival Cruise Lines’ Breeze ship cancelled a visit in La Romana, Dominican Republic, and its Liberty vessel is moving to western Caribbean ports to avoid the storm, according to spokesman Vance Gulliksen.
Hundreds of miles (kilometers) north of the Caribbean, Fay tracked away from Bermuda and headed over the open Atlantic after lashing the British chain with heavy rain and gusting winds. There were no immediate reports of injuries as Bermuda authorities assessed damage Sunday and discontinued storm watches and warnings.
Fay, which had maximum sustained winds near 75 mph (120 kph) and stronger gusts, disrupted power for more than 27,000 customers of the Bermuda Electric Light Company. The utility is the sole supplier of electricity for the territory of roughly 65,000 inhabitants.
Fay downed trees and utility poles and several roads were blocked across the tiny archipelago, which has one of the highest per capita incomes in the world and enforces strict building codes to ensure that homes can withstand intense weather. Bermuda authorities urged residents not to venture out on the roads.
“The safest thing is for people to remain at home and allow the important work that follows this kind of storm to be done safely,” Acting Premier Trevor Moniz said.
By late Sunday morning, Hurricane Fay was centered about 290 miles (465 kilometers) northeast of Bermuda and moving east-northeast at almost 25 mph (41 kph). The U.S. National Hurricane Center in Miami said some fluctuations in intensity were likely during the day, but it was expected to weaken late Sunday.
The storm system’s bands were expected to dump as much as 5 inches (13 centimeters) of rain during its passage over Bermuda but winds and rains were forecast to diminish over the course of the day. The storm-hardened territory’s weather service warned that Fay was causing hazardous surf on south-facing shores.
It was expected to become a post-tropical cyclone later Sunday and forecasters said a cold front was likely to absorb Fay on Monday.
http://tinyurl.com/prqymun
October 12, 2014 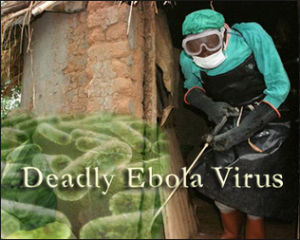 There is surprise and anguish in the US after revelations that a hospital worker in Texas has caught the Ebola virus.
Only days after Spain found itself in a similar situation, a worker who looked after a Liberian man who later died has also now tested positive.
Top officials in Dallas are defending their procedures, but can not yet explain how a new infection was possible in a hospital.
Dallas County’s top official, Clay Jenkins, told reporters: “We expected that something, that it was possible that a second person could contract the virus. Contingency plans were put into place and the hospital will discuss the way that the health care worker followed those contingency plans”.
The hospital says it is still investigating.
Dr. Daniel Varga from the Texas Health Presbyterian Hospital said: “We are still confident that the precautions that we have in place will protect our healthcare workers.
“We don’t have a full analysis of all of the care; we’re going through that right now
to try to understand specific elements of who came in contact with Mr Duncan, around what circumstances, on what day, etc.
“But we are confident that the precautions we have in place right now are protecting our healthcare workers.”
The infected worker had looked after Liberian man Thomas Duncan, who became the US’s first Ebola fatality. The worker reported a slight fever on Friday night.
http://tinyurl.com/q8q8acx
October 12, 2014

China’s marine forecast station on Sunday issued an orange alert as a powerful typhoon generates giant waves.
Waves up to nine meters have been seen in the East China Sea under the influence of the typhoon Vongfong and a strong cold front coming from west China, said the station.
According to the forecast, waves up to 10 meters high will form in the East China Sea and the Diaoyu Islands will see waves as high as six meters on Sunday night and Monday.
Waves will be seen off the coast of Zhejiang, Jiangsu, Fujian, Shanghai, Liaoning, Hebei, Tianjin and Shandong, the center said, warning vessels operating in the waters to take precautions.
China has a four-tier color-coded weather warning system, with red representing the most severe warning, followed by orange, yellow and blue.
http://tinyurl.com/qd5dhpn
October 12, 2014