Last Month Was The Hottest May In Recorded History Say U.S. Authorities 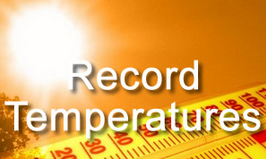 The same day the Pope released his highly anticipated encyclical on climate change, U.S. authorities announced that last month was the hottest May ever recorded.
New atmospheric data revealed the record-breaking temperatures, and scientists found more evidence that global temperatures continue creeping upwards.
“The globally averaged temperature over land and ocean surfaces for May 2015 was the highest for the month of May since record keeping began in 1880,” the U.S. National Oceanic and Atmospheric Administration said Thursday in a release with its latest temperature data.
NOAA’s report came out on the same day that Pope Francis released a highly anticipated encyclical on climate change, and told Catholics that the earth “is beginning to look more and more like an immense pile of filth.”
The global average temperature for May was 60.17 degrees Fahrenheit, surpassing the record set last year for the month by 0.14 degrees, according to NOAA. That’s also 1.57 degrees above the average 20th century temperature for the month.
“The atmosphere is very, very clearly warming,” NOAA administrator Kathryn Sullivan told Bloomberg.
The third and fourth hottest Mays were recorded in 2010 and 2012, respectively.
The report included other data showing that last month was part of an overall trend of rising thermometer readings.
March through May 2015 was also a record high for that time of year, with global surfaces measured at 0.07 degrees Fahrenheit hotter than the record set in 2010 and 1.53 degrees Fahrenheit above the 20th century average.
The January through May period also broke records, surpassing the 2010 record by 0.16 degrees Fahrenheit and the 20th century average by 1.53 degrees Fahrenheit.
Those numbers put 2015 on track to surpassing 2014 as the hottest year on record.
This has already been a banner year for extreme weather events: 120 degree temperatures in India last month claimed more than 2,300 lives and marked the fifth deadliest heatwave in recorded history, Texas experienced unprecedented catastrophic flooding in what may be a grim preview of things to come and California is closing in on entering a fifth year of relentless drought.
Courtesy of huffingtonpost.com
http://goo.gl/G38Nuf
June 19, 2015

Severe heatwave of min 110 degrees drags on in Arizona, USA 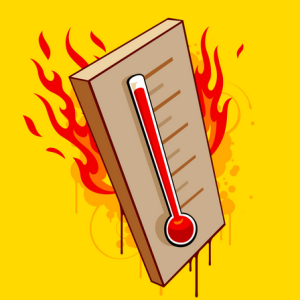 Arizona is in the midst of a prolonged heat wave that has produced record-high temperatures in Phoenix, prompted dozens of daily calls to the Humane Society about overheated pets, and sparked triple-digit temperatures in typically cooler mountain locations.
Phoenix hit 115 degrees Thursday, tying the record high for that date set in 1989, as the city baked in what could be a record-setting run of heat.
Meteorologists predict another 115-degree day on Friday.
The city is on track for 10 straight days of temperatures at or above 110 degrees. That would tie the record for the longest stretch of 110 and higher, set in August 2012, said Dan Leins, meteorologist at the National Weather Service.
Phoenix tied a record Wednesday for the hottest June 17 of all time as it hit 114 degrees, matching the mark set in 1896 when weather records were first kept.
Other Arizona cities are broiling as well, with Yuma expected to see even higher temperatures than Phoenix.
There’s little escape from the heat. The temperature has been hovering above 100 degrees past 10 p.m., and even mountain cities such as Sedona and Flagstaff are experiencing the same heat wave. Sedona is forecast to have highs above 100 throughout the weekend.
The state Department of Health Services reports an average of 30 to 40 people die every year in Arizona from heat-related complications, and 1,400 suffer from heat-related illnesses. The elderly population is the most vulnerable.
Heat-related complications include dehydration, cramps, exhaustion and heat stroke.
“It’s not uncommon to see an increase in hospital visits because people are overexerting themselves,” Leins said.
Nicole Pena, the Phoenix Rescue Mission’s community relations director, said people living on the streets also are at risk because of the lingering heat at night.
“They can’t really avoid the heat,” Pena said.
The organization has been active in helping Phoenix’s homeless population cope through its Code Red program that provides shelter, water, food and clothes.
“It was so hot my body wasn’t used to the up and down,” said Andrew Wright, who is currently taking refuge at the Phoenix Rescue Mission. “Even water isn’t enough to kill the heat.”
People aren’t the only ones affected. The Humane Society has been on call to treat animals affected by the triple-digit temperatures.
Arizona Humane Society spokeswoman Bretta Nelson said animals are at higher risk of heat-related complication because their bodies are closer to the ground.
The humane society is receiving a minimum of 50 calls a day, and about a third are related to the weather, Nelson said. Animal heat complications can include exhaustion, burned paws, heat stroke and death.
Courtesy of aol.com
http://goo.gl/ieiQ7r
June 19, 2015

Fears of contagion as authorities confirm Omani businessman is first detected case
One of Thailand’s leading hospitals, known for treating medical tourists, said on Friday it had received the country’s first case of Middle East Respiratory Syndrome (MERS), as authorities said it had taken nearly four days to confirm the illness.
Thailand said on Thursday a 75-year-old businessman from Oman, who had travelled to Bangkok for medical treatment for a heart condition, had tested positive for MERS.
The announcement came just as an outbreak in South Korea that began last month and has infected 166 people, killing 24 of them, appeared to be levelling off.
The high-end Bumrungrad Hospital, run by Thailand’s second-largest hospital operator, identified the first Mers case. The hospital in central Bangkok treats over a million patients a year, about half of them foreigners.
“The patient came to us tired, coughing … there was no fever,” a doctor from the private hospital told a televised news conference. “So we X-rayed his chest … we found that he could have two things, a heart condition or the MERS virus.”
Tourism accounts for 10 per cent of the Thai economy and medical tourists make up more than 10 per cent of visitors, according to the Tourism Authority of Thailand. About a third of those medical tourists come from the Middle East.
The hospital said 58 staff had been quarantined, but all other operations were continuing as normal.
The infected man was moved to Bangkok’s Bamrasnaradura Infectious Diseases Institute on Thursday. Staff there were seen wearing and giving out masks to visitors, according to a Reuters reporter at the scene. Health warnings were posted in front of the building’s entrance.
Two South Korean hospitals were locked down and another completely shut due to Mers, while the prestigious Samsung Medical Center in Seoul, where most infections occurred, stopped taking new patients during the outbreak.
The Thai case will compound fears in Asia of a repeat of a 2002-2003 outbreak of Severe Acute Respiratory Syndrome (SARS), which began in China and killed about 800 people globally.
MERS was first identified in humans in Saudi Arabia in 2012 and the majority of cases have been in the Middle East.
Isolated cases have cropped up in Asia before South Korea’s outbreak began last month, and Thailand is the fourth Asian country to register a case.
China has had one case recently, that of a South Korean man who travelled to China via Hong Kong despite authorities suggesting he stay in voluntary quarantine at home. The Philippines has also identified a case this year.
Concern for victim’s sons
The infected man arrived in the Thai capital on Monday on an Oman Air flight for medical treatment for a heart ailment at a private hospital.
“It took about four days to diagnose this case and two lab tests,” Public Health Minister Rajata Rajatanavin said, adding all 106 people on board the man’s flight had been located.
Among those being monitored were the man’s two sons, who were considered at high risk because of their proximity to their father. The two had been tested and results were due later on Friday, Mr Rajata said.
Most of those under observation had been told to stay at home for 14 days.
South Korea’s outbreak, the largest outside Saudi Arabia, had been traced to a 68-year-old man who returned from a business trip to the Middle East in early May.
It spread through hospitals with all of its infections known to have occurred in healthcare facilities.
The outbreak in South Korea appeared to have peaked, with just one new case reported on Friday and the number of people in quarantine down 12 per cent to 5,930, though authorities were taking no chances.
“Given the current developments, we have judged that it has levelled off, but we need to watch further spread, further cases from so-called intensive control hospitals,” the South Korean health ministry’s chief policy official, Kwan Deok-cheol, told a briefing in Seoul.
In Thailand, authorities were screening passengers from countries seen at risk of MERS and stepping up public information about the virus, another health official said.
The Middle East is an important source of tourists for Thailand with arrivals from the region up by nearly 50 per cent in January, according to the tourism office.
Bangkok is also one of the region’s main aviation hubs.
The vast majority of MERS infections have been in Saudi Arabia, where more than 1,000 people have been infected since 2012, and about 454 have died. There is no cure.
Shares in Thai aviation companies and hotels fell on Friday with hotel operator Central Plaza Hotel plunging 6.6 per cent. Airports operator Airports of Thailand dropped 4.2 percent to a more than three-week low. Bumrungrad Hospital shares were down over 6 per cent.
Courtesy of irishtimes.com
http://goo.gl/uWt7F5
June 19, 2015

Is The Catholic Church Burned By The Sun Again?

Watts Up With That?

Spanish-born American Philosopher George Santayana famously said, “Those who do not learn from history are doomed to repeat it.” The recent Papal Encyclical announced the Catholic Church’s decision to join the scientific claims that humans are causing global warming and denounce climate scientists who oppose the claim. It came almost exactly 400 years after Galileo was denounced to the Roman Inquisition in the spring of 1615. The Catholic Church only acknowledged the errors of their actions, their last and most negative brush with science, when they forgave Galileo in 1992. Pope John Paul said labeling Galileo a heretic and confining him to life imprisonment was an error. It only took 377 years for the Church to catch up with reality. No doubt Galileo is delighted, assuming he made it to heaven.

CME TO COLLIDE WITH VERY HIGH ENERGY AND STRIKE THE MAGNETOSPHERE