30+ TONS of dead fish removed from a lake in Ningde, China 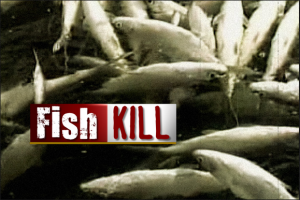 The Fujian daily reported the lake waters of tropical fish species such as Tilapia in large-area death of. In recent days, the East Lake pond farm salvage immediately, and the dead fish is harmless.
It is reported that East Lake the massive death of Tilapia, mainly due to recent cold weather, lake water temperatures decrease, tilapia are tropical fish, upper lethal temperature was 42 degrees Celsius, minimum 10 ℃, dead fish is basically caused by water temperature is too low.
“The current cold weather continues, tilapia might appear to continue to kill, part water mixed reeds, water hyacinth, cleanup is difficult, we can only use artificial fishing, there are some difficulties to fully clean up, subparagraph can only be salvaged, seeking first to clear focus. “Head of pond farm in Lake donghu Lake Management Center said Li Hongcheng, February 14 new year’s first day of work, and East Lake pond farm deployed personnel to clean up the dead fish, every day, 30 assault boat 8, to salvage the dying tilapia within the waters and harmless treatment. As of 24th, has salvaged more than 30,000 kilograms of dead fish, complete the clean up of Sandu Bay Guest House, North and South port area. At present, the salvage operation continues.
Courtesy of dnkb.com.cn
http://goo.gl/onzGqW
February 28, 2016

100,000 cattle dead due to drought throughout Colombia

41,000 birds dead due to another outbreak of avian flu in Taiwan 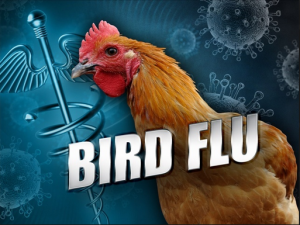 Six new outbreaks of highly pathogenic avian influenza have been found in Taiwan.
The outbreaks affected goose and chicken farms in Pingtung, Changhua, Tainan City and Yunlin counties, and were detected after abnormal mortality levels.
One of the outbreaks in Pingtung county was of the H5N8 strain, whilst the other five were of the H5N2 strain.
In total, over 23,000 birds were destroyed and over 18,000 died as a result of the outbreaks.
Control measures used include movement controls, screening, stamping out, disinfection and quarantine.
Courtesy of thepoultrysite
http://tinyurl.com/z9lulqo
February 28, 2016

129 dead sea turtles have washed up this month in Clearwater, Florida, USA

Juvenile green sea turtles are washing up on local beaches — dead or in distress — at an alarming rate this year, experts say.
The Clearwater Marine Aquarium has picked up more than 129 dead and 93 living sea turtles since Feb. 3, more than the total number of dead specimens collected during all of 2015.
“We’ve already done a year’s worth of work,” said Adrienne Cardwell, the aquarium’s manager of sea turtles and aquatic biology programs.
Crews have been responding to calls about the stranded young turtles and patrolling Pinellas County’s northern beaches for the past two weeks, searching for the aquatic reptiles as water temperatures dropped — leaving many turtles with already compromised immune systems in trouble.
Because sea turtles need external heat to regulate their body temperature, cold water can cause decreased heart rate and circulation, lethargy, shock and even death.
Many of the green sea turtles also contracted a virus in the wild called fibropapillomas, which can cause them to grow cauliflower-shaped tumors on their soft tissue and eyes.
Strong winds have pushed the weak, endangered sea turtles — some of which are unable to feed themselves — toward shore.
“These animals were already having issues, so the cold weather sealed the deal with them,” Cardwell said.
Experts don’t know how the virus, similar to the herpes virus in humans, is transmitted, and there is little conclusive research on the subject, Cardwell said.
The virus is becoming increasingly problematic among the local sea turtle population.
The cold weather mostly has affected turtles off Pinellas and Pasco county shores, where temperature drops have been more severe than in southern parts of Florida.
On Wednesday, Clearwater Marine Aquarium teams retrieved one dead and eight live sea turtles. Earlier this month, researchers picked up 22 dead and 13 live turtles in a single day.
The distressed animals are brought to the aquarium on Island Estates, along Clearwater’s Memorial Causeway, where they are evaluated and treated with fluids and medicine.
Many of them don’t make it through the first night, Cardwell said.
Some of the turtles recently recovered by Clearwater crews have been taken nearly 400 miles to a veterinary hospital in Marathon, in the Florida Keys, for rehabilitation and eventual release.
Cardwell said the aquarium is running out of resources to care for the distressed turtles and is seeking donations to help buy medical items such as gauze, rubbing alcohol and Rubbermaid bins to hold the turtles during their care.
Because of the influx, the aquarium has exhausted its sea turtle budget for this year.
Joe Widlansky, a sea turtle biologist with the nonprofit Sea Turtle Trackers, which monitors nesting on St. Pete Beach and Shell Key, said he has been dealing with similar problems along the coast in southern Pinellas County.
The juvenile green sea turtles he has found have weighed between four and 20 pounds. Last week he turned over two live turtles to the aquarium, but he also has found dead ones.
He recalled a significant statewide cold-stun in 2010 but expected the overall die-off to be lower this year because southern Florida largely has been unaffected.
“It’s pretty bad. Hopefully it’ll be over really soon with this nice weather warming up the water,” Widlansky said. “We just hope every year by March it’s over.”
The green sea turtle primarily nests along Florida’s east coast but can be found feeding on sea grass in shallow waters along the Gulf Coast.
Boaters and beach-goers should be on the lookout for stranded sea turtles or turtles floating on the surface of the water, Cardwell said. If they dive beneath the surface they likely are fine.
Courtesy of orlandosentinel.com
http://tinyurl.com/jpqmto4
February 28, 2016

FEAR: NASA has admitted there is a chance of an asteroid hitting the Earth
Experts warn the giant 100-foot asteroid is heading towards us but nobody is certain how close it will come to a direct hit.
The asteroid is due to pass Earth next week but NASA says there is a “chance” it could hurtle into our planet on September 28, 2017.
The same asteroid bypassed Earth two years ago at the comfortable distance of about 1.3 million miles but could pass much closer on its next visit.

WORRYING: A giant 100-foot asteroid is heading towards us
NASA has said it could be anywhere between 9 million miles and 11,000 miles away but additional observations have allowed scientists to refine their predictions.
Paul Chodas, manager of NASA’s Centre for Near Earth Orbit Studies, said: “The possibilities of collision on any of the three future flyby dates are far too small to be of any real concern.
“I fully expect any future observations to reduce the probability even more.”

MAP: The asteroid could hurtle into our planet in September
If it ever hit our planet, the asteroid would probably explode in the atmosphere and unleash more energy than the atomic bomb that destroyed Hiroshima.
Don’t panic just yet though because you’re 18 times more likely to win the lottery than the asteroid hitting our planet.
Although admitting there is a “chance” of a hit in September, NASA conceded the odds of this are “no more than 1 in 250 million”.
NASA now claims Earth will be safe from this asteroid over the next century.
Chodas added: “This asteroid’s orbit is quite uncertain and it will be hard to predict where to look for it.
“There is a chance that the asteroid will be picked up by our asteroid search telescopes when it safely flies past us next month, providing us with data to more precisely define its orbit around the sun.”
Courtesy of dailystar.co.uk
http://tinyurl.com/hlykfvc
February 28, 2016