Tropical Cyclone Debbie To Intensify And Landfall In Queensland, Australia 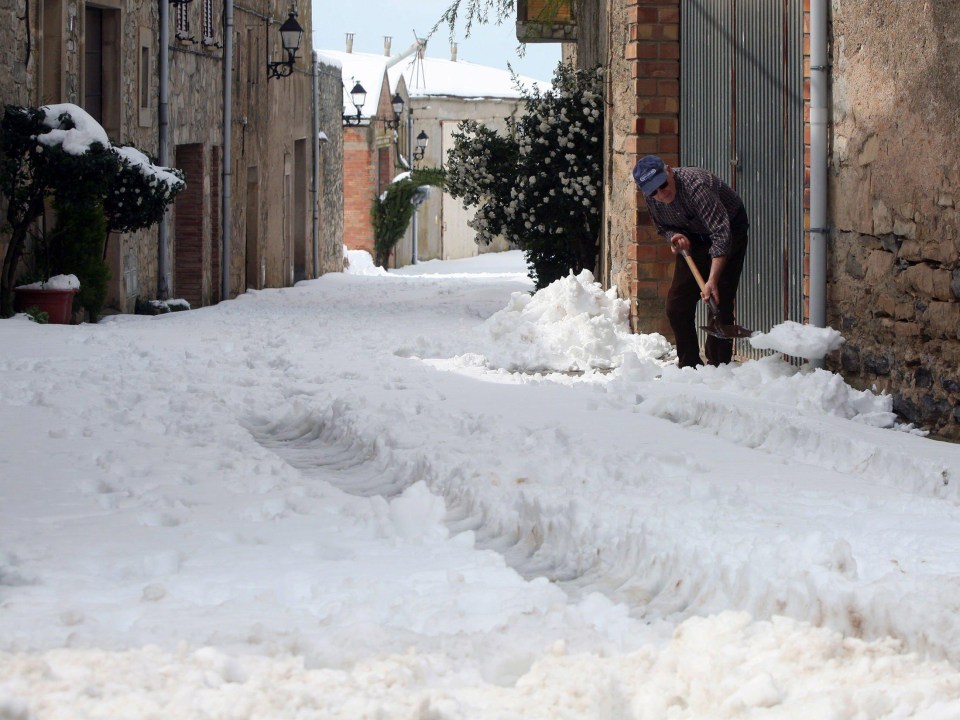 Parts of normally sunny Spain were carpeted in snow overnight 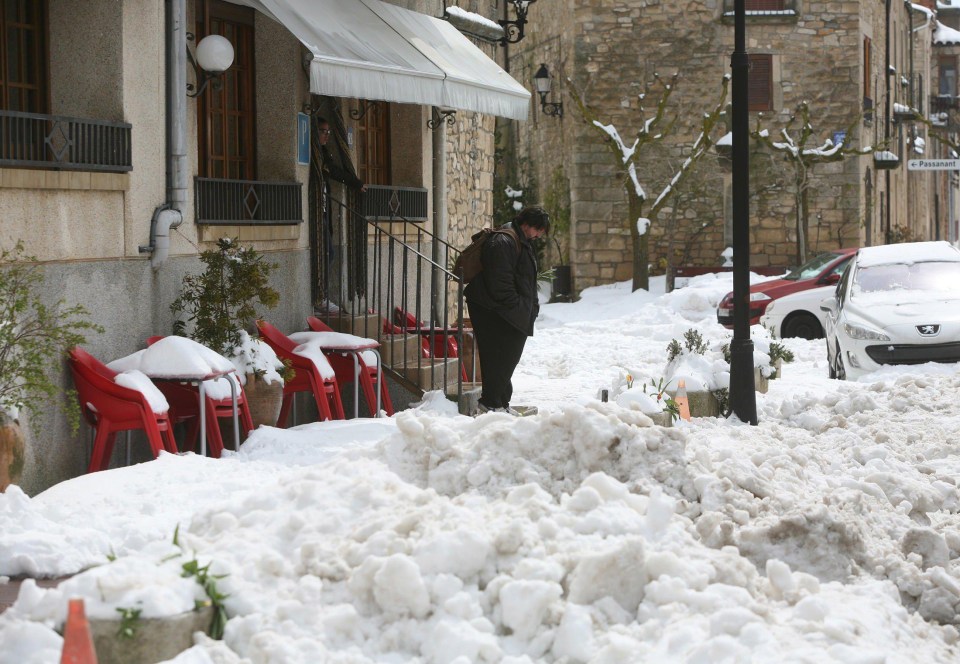 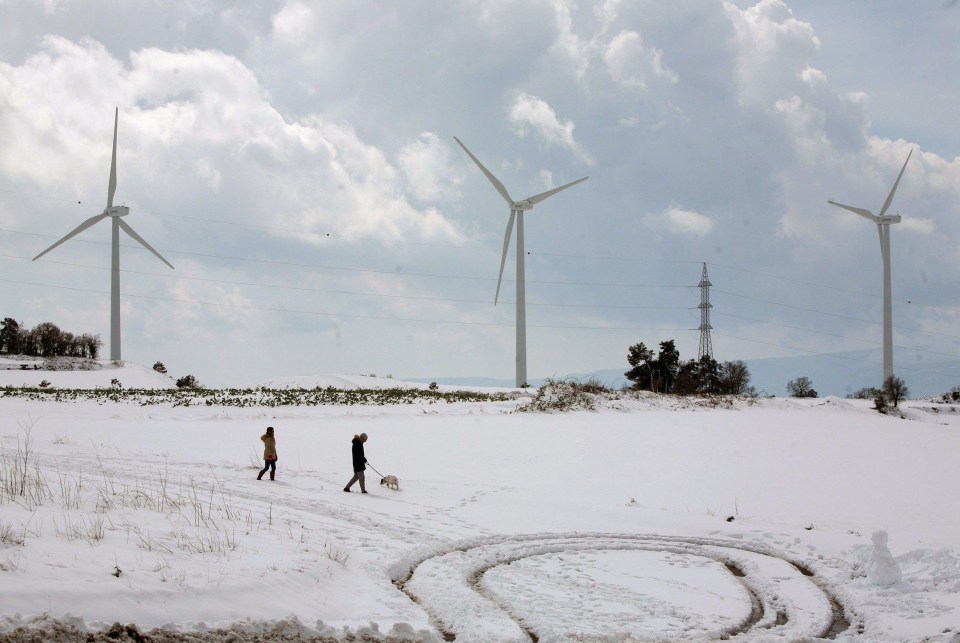 A couple walks their dog on a snow-covered field at the wind farm at Serra del Tallat in Tarragona, Spain 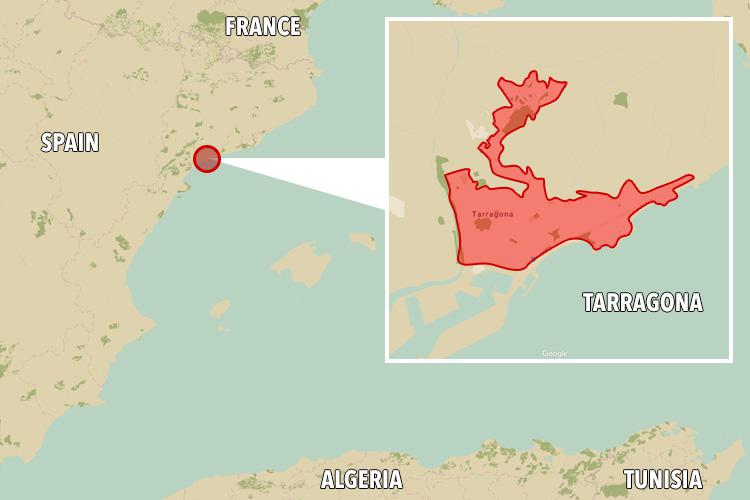 But in Tarragona, Spain, locals woke to a winter wonderland with four inches of snow covering the ground with temperatures dropping to -12C.
The snow settled in the higher areas of the region as well as in other areas of the country.
The Galacia region in the north west of Spain was also hit by the inclement weather with snow and storms battering the area.
Rainy weather is also expected to sweep across Catalonia, northern Aragon, Navarre and eastern parts of the Cantabrian coast.
Courtesy of thesun.co.uk
http://tinyurl.com/n2c7r53
March 26, 2017 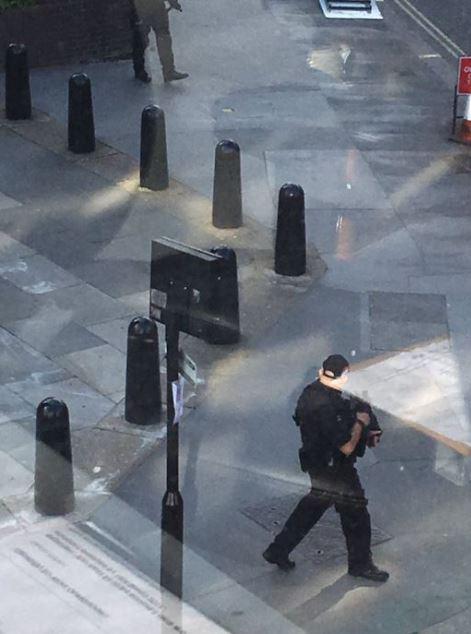 Armed police cordoned off a section of Barbican in the City of London
A cordon was in place and the public were being moved from the area.
Trains were not stopping at Barbican station, which was closed off as the investigation was underway.
A suspect package on a bridge above the station sparked the security scare.
Courtesy of thesun.co.uk
http://tinyurl.com/mmk2tgw
March 26, 2017

Emergency services help the injured at the scene in Essex Road
A car has hit a number of pedestrians in Islington, north London, leaving four people injured.
The collision took place on Essex Road near the Queen’s Head pub on Saturday night at around 10.55pm.
Four males aged between 17 and 19 have been arrested on suspicion of a variety of offences including GBH with intent and possession of points and blades and all remain in custody.
Two knives were recovered from the scene, one inside the car, the other close to it.
Police said the incident “is not being treated as terrorist related”.
Some roads in the area have been closed.
The Metropolitan Police said in a statement: “Police were called at approximately 22:55hrs on Saturday, 25 March to reports of a car in collision with a number of people in Essex Road, N1.
“Officers and London Ambulance Service attended the scene; initial reports state four people are suffering injuries – their condition awaits.
“The occupants decamped from the car and fled the scene on foot. One male has been arrested; enquiries continue.
“While enquiries into the circumstances continue, this is not being treated as terrorist related. Officers from Islington investigate.”
Courtesy of Sky News
http://tinyurl.com/kx5u9rk
March 26, 2017

An aerial view of the Wirral explosion, which injured 34 people and flattened several buildings
A suspected gas explosion has destroyed a number of buildings and injured 34 people, two seriously.
Footage from the scene on the Wirral, Merseyside, shows alarms blaring as people gather on a street covered in debris, with witness Paul Butler tweeting Sky News and saying: “The whole block has gone up … horrific damage.”
The North West Ambulance service says 32 people are “walking wounded” and received treatment in hospital for minor injuries.
A building being used as a furniture warehouse and a dance studio was destroyed in the blast – and a nearby funeral parlour was also affected.
The explosion, which happened in the New Ferry area, was heard as far away as Liverpool and North Wales.
Ian Kenyon, a reporter for Wirral Radio, said: “A number of people who were eating in a nearby restaurant are reported to have been injured and have been taken to hospitals across the region.
“Thankfully this happened on a quiet shopping street late at night, but residents in the nearby village of Port Sunlight have been evacuated.”
He told Sky News a “significant” cordon has been set up around the collapsed buildings, and a smell of gas was reported to the major incident unit and National Grid engineers at the scene.

The area around the blast site remained cordoned off on Sunday
“There is a certainty toxicity to the air … floodlights are being erected as they begin the job of sifting through the rubble,” Mr Kenyon said.
Merseyrail says trains have been suspended in the New Ferry area because of “potential damage” to a bridge.
The Merseyside Fire and Rescue Service said eight fire engines have been sent to the “major incident” – with extensive road closures throughout the area.
People who have been evacuated from their homes will face a long wait before they are given the all-clear to return.

One street in New Ferry was strewn with debris after the explosion
Spokesman Dan Stephens said: “This incident is likely to be protracted, this is likely to last several days. Very significant damage as you can tell, so it will be some time before people will be allowed back into their houses.”
Alison McGovern, the Labour MP for Wirral South, tweeted: “Am on scene in New Ferry. A very serious situation. Please stay away if you can, let police and emergency services do their job.”
Emergency crews were called to the scene at 9.14pm on Saturday evening.

Before and after the explosion on the Wirral. Pic: @stemac2010
Wirral Council says emergency teams have set up a refuge for people who have been displaced by the explosion.
Bino Shan, who works at a local convenience store, said: “I saw one man injured, I think a few people were injured.
“The building is gone, my door is damaged and broken. It’s really scary, it was a big explosion but I didn’t see any fire.”
Courtesy of Sky News
http://tinyurl.com/lyqd4pl
« Older Posts