Thousands of fish die in the Rhine, due to heat in Switzerland

The temperatures of the Rhine, which have exceeded 27 degrees Celsius, have caused the death of a large number of fish. The grayling, cold-loving and a member of the salmon family, has been hit particularly hard in the Schaffhausen region of northern Switzerland.

More than a ton of dead grayling has been collected from the waters of the Rhine, the fisheries administration of the Schaffhausen canton told the media gathered in Neuhausen am Rheinfall on Monday. Not far from there, in Lindli, lifeless fish float on the surface of the river.

The increase in fish deaths suggests that the rescue measures adopted so far have been insufficient. The temperatures are simply too high. The section between the lower part of Lake Constance and the Rhine Falls is the most affected. The authorities of the riverine cantons hope that the record values ​​of 2003 will not be repeated.

The Swiss Federation of Fisheries is also concerned about the fate of fish in the fluvial waterways of the central plateau, another habitat for the grayling.

Tons of dead fish washing up in Sarasota, Florida, USA

Red tide is an algae bloom that depletes oxygen in the water, killing marine life from fish to manatees to turtles. The organism can also cause respiratory problems and eye irritation in humans.

Scientists with Mote Marine Lab in Sarasota say the blooms are naturally occurring, but they think man-made nutrients like fertilizer and river runoff can make them worse.

The bloom has been largely stagnant off southern Sarasota County for the last several months, but it has spreading north over the last week or so, reaching Longboat Pass on Friday and then Anna Maria Island over the weekend.

Fish removal efforts continue there today. Inmates with the Offender Work Program joined county employees using front-end loaders to remove the carcasses of everything from mullet to snook to grouper from the normally pristine beaches.

28,000 chickens killed due to bird flu in Sabah, Malaysia 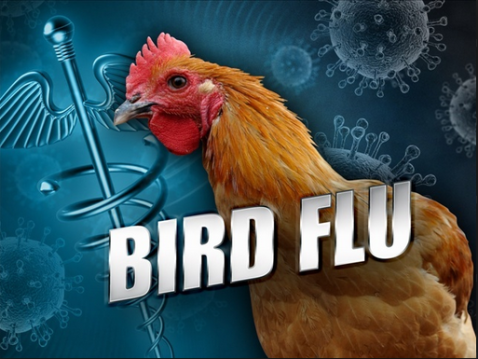 He said 18,000 chickens at another farm unaffected by the bird flu virus would be culled tomorrow.

Thousands of dead fish found in a river in Punjab, India

Locals woke up to see thousands of dead fish floating on the surface of the Swan river on the Punjab-Himachal border on Friday.

Ram Kumar, a resident of Algran village on the Punjab-Himachal border, said the dead fish could be seen along 10 to 12 km stretch from Santokhgarh in Himachal to the point where the river merges with the Sutlej in Punjab. Some villagers also noticed change in the colour of river water. After the alarm was raised by the villagers, a team of the Punjab Pollution Control Board (PPCB) reached the area and collected water samples.

Jatin Joshi, SDO, PPCB, said since there were no industrial units on the Punjab side on the banks of the river, effluents released from the units in Himachal might have led to the death of the fish.

“We will test the water samples and send the report to the Himachal Pradesh Pollution Control Board (HPPCB),” he said. The HPPCB authorities, on the other hand, denied having known about the incident.

SK Dhiman, Executive Engineer, HPPCB, initially declined any report regarding the dead fish, but later said he had visited the area and did not find any evidence of the fish dying due to effluents. “It seems that the fish may have been killed due to some effluents released into the river from the Punjab side. In case, any evidence regarding pollutants being released by the units in Himachal is forwarded by the PPCB, the matter will be investigated,” he said.

There are two major industrial areas in Himachal, from where waste is released into the Swan river. These are in Tahliwal and Mehatpur. The HPPCB authorities maintained that they kept constant vigil on the effluents being released by the units in Himachal.

The Executive Engineer said there was just one red category industrial unit in Himachal near the Punjab border — Rangar Brewery— which no longer released waste into the river. “The brewery has installed a plant where its residue is converted into cattle feed,” he said.

Thousands of birds killed due to bird flu in Vietnam

The first outbreak was detected on July 28 in a backyard flock of 2,400 birds in the province of Nghe An. It directly killed 90 birds.

On the same day, it was detected in the province of Hai Phong in a flock of 4,720 birds, where it killed 500 birds.

And on July 30 the virus was detected in another backyard in Hai Phong with 5,500 birds where it had killed 1,000 of them.

Birds that were not killed have been slaughtered, it said.

The types of birds were not indicated and the source of the disease not known.

3.2 MILLION livestock dead due to heatwave throughout Korea

The continuing heat wave has claimed the lives of millions of livestock across the country.

Nonghyup Property and Casualty Insurance said that, as of Wednesday, it had received reports of the deaths of three-million-232-thousand livestock due to the hot weather this year resulting in an estimated total loss of 17-point-three billion won.

They include three-million chickens, 176-thousand ducks and 14-thousand pigs.

An official of the insurer said two-point-19 million livestock, or about two thirds of the affected animals, died during a two-week period following the onset of the heat wave on July eleventh.

Farms in North Jeolla Province were hit hardest, reporting the deaths of 881-thousand livestock, followed by South Chungcheong at 593-thousand and South Jeolla at 545-thousand.

Around 95 percent of the farmhouses across the country are subscribing to the animal disaster insurance policy from Nonghyup or the National Agricultural Cooperative Federation.

The central government covers 50 percent of the insurance premiums, while local governments can provide additional financial assistance to the policy’s subscribers.

400 dead turtles and dolphins wash up since November in Florida, America

The number of dead manatees and sea turtles continues to climb as red tide strangles the life out of coastal Southwest Florida waters.

Bloom conditions started in November, and 400 stranded and dead sea turtles have been pulled from Lee, Collier, Charlotte and Sarasota county waters.

Lee County leads the way with 165 stranded and dead sea turtles. Collier accounted for 97 of those turtles.

A manatee that likely died due to red tide poisoning was retrieved from the Cape Coral Yacht Club on Tuesday while hundreds of residents and visitors were expressing their anger with the U.S. Army Corps of Engineers at a meeting nearby.

“There was one dead female manatee,” said Florida Fish and Wildlife Conservation Commission spokeswoman Michelle Kerr. “The cause of death is not determined yet, but it was found in a location with high concentrations of red tide. There was speculation that the manatee had a baby, a calf with her. She did not. She was actually found in a mating herd.”

The FWC found the manatee, tied a rope to its tail and dragged it to the boat ramp before a truck hauling a trailer was lowered into the water to retrieve the carcass.

The red tide has been lingered along the coast since November and may persist into 2019 since it’s typically broken up by cold fronts.

It’s been centered mostly around Sanibel and northern Lee County waters but at times has reached from the Tampa Bay area to the Florida Keys.

Fish kills were cleaned up in Collier County on Tuesday as well.

Counts have ranged from natural background levels to 1 million cells per liter and higher.

Fish kills and breathing irritation in humans can start when counts reach 10,000 cells per liter, according to the FWC.

A report released by FWC Wednesday shows counts of 1 million cells per liter from Sarasota to Naples.

At first, he said, he was seeing baitfish and mullet — fish that had likely died days before and were being washed in with the tide.

Then he captained the boat to the south end of Lover’s Key State Park.

Hundreds of dead fish found off the coast of Bundoran, Ireland

Hundreds of salt water fish have been found dead on the Donegal-Leitrim coastline off Bundoran.

A spokesperson from the Sea-Fisheries Protection Authority (SFPA) said it appears that the dead fish are Atlantic horse mackerel.

She said it appears they had been feeding on sprat close to the shore when they became stranded.

Both the SFPA and Inland Fisheries Ireland are investigating.

In a statement, the SFPA said that it will liaise with both Leitrim and Donegal County Council in relation to the incident.

It also said that it expects most of the fish to go out on the next tide.