QUAKE SWARM DUE TO FRACKING IN BLACKPOOL, LANCASHIRE, UK

QUAKE SWARM DUE TO FRACKING IN

Kuchinoerabujima Volcano has Erupted in Japan after a Strong Earthquake!!

Over 11,000 Evacuated In Odisha As Cyclone Phethai Hits Andhra 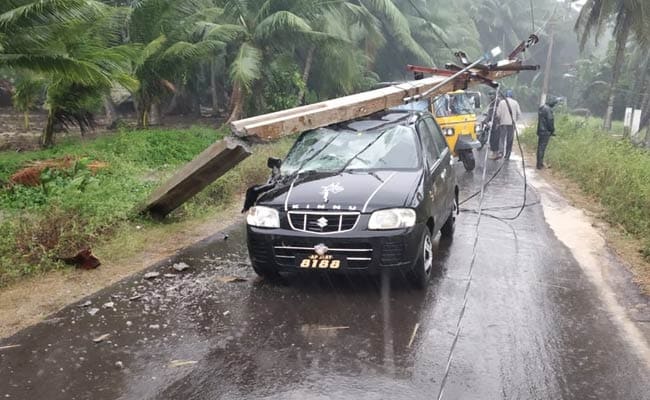 The cyclone made a landfall in Andhra on Monday. (File)

With Cyclone Phethai making landfall in Andhra Pradesh coast and the IMD forecasting heavy rainfall in the region, the Odisha government has evacuated more than 11,000 people to safety zones.
The cyclone made landfall near Katrenikona in East Godavari district in the afternoon on Monday, packing windspeed that gusted upto 85-90 kmph, uprooting electric poles and trees in Katrenikona, Tallarevu and Malkipuram in the district.

No casualties were reported, though power supply was severely hit in several parts of the district.

“We have evacuated about 11,600 people in Gajapati district as their houses are yet to be repaired after Cyclone Titili in October this year,” a senior official at the Special Relief Commissinor’s (SRC) office said.

People from seven vulnerable blocks in Gajapati district have been taken to safe places.

The official said relief camps have been opened and evacuated people are being provided food and other essentials.

“We shifted the people because there is danger in staying in half-constructed houses during the calamity,” the official said.

Though the cyclone system has weakened, many districts in the southern region of the state have been experiencing heavy rainfall under its impact.

As per the latest information from IMD, heavy to very heavy rainfall is likely in Malkangiri, Koraput, Gajapati and Rayagada districts.

Meanwhile, farmers in Odisha have been advised to take necessary measures to protect their crops in view of the rain forecast.