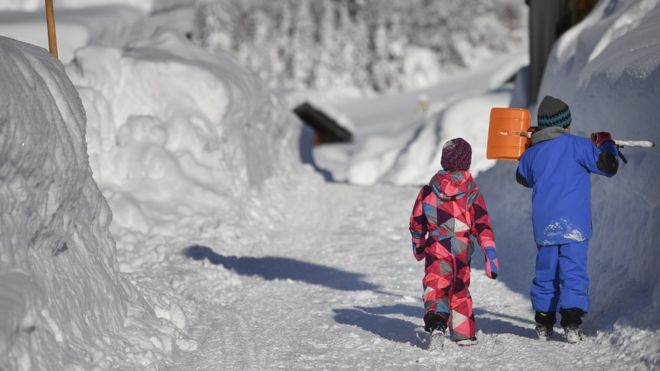 The Red Cross helped drivers stuck on a motorway in the southern German state of Bavaria and a nine-year-old boy was killed by a falling tree.

The front of a Swiss hotel was hit by an avalanche and a winter storm made roads impassable in Sweden and Norway.

Austrian rescuers had to battle through chest-deep snow to reach a snowboarder.

The 41-year-old Pole had lost his way after going off piste at the resort of Schlossalmbahn. 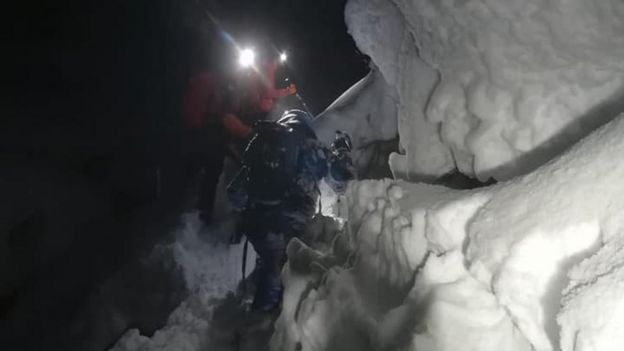 There was some respite in Austria on Friday, after three metres of snow fell in some parts in previous days. Seven people have died in the past week and two hikers have been missing since Saturday.

“Such quantities of snow above 800m altitude only happen once every 30 to 100 years,” said Alexander Radlherr from Austria’s Central Institution for Meteorology and Geodynamics.

The Austrian military sent helicopters to blow snow off treetops to reduce the risk of trees falling on roads and rails.

In Sweden wintry storms ravaged parts of the north. One area recorded winds of 49.7m per second (111mph) as Storm Jan ravaged Stekenjokk near the Norwegian border. 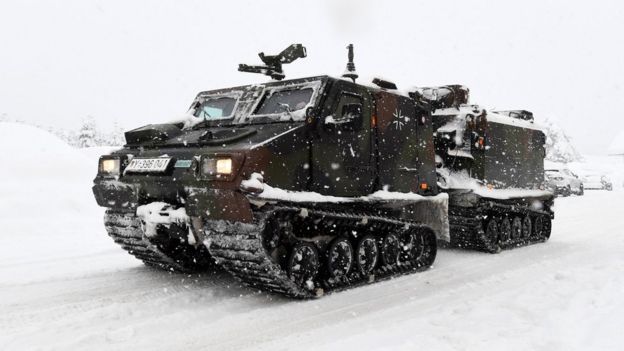 In northern Norway, a lorry driver described on Friday morning how he and other drivers had been stuck on a mountain road since 17:00 (16:00 GMT) on Thursday. Magnar Nicolaisen told public broadcaster NRK that he had slept in his cabin overnight while others had had to stay in their cars.

Conditions on Friday were particularly treacherous in Bavaria, where the local broadcaster said snowfalls were paralysing public life.

Rail services were worst hit in the south and east of the state and roads were cut off by drifts and falling trees.

A boy of nine was killed near Munich when a tree collapsed under the weight of snow. It was 40 minutes before he was found and emergency services were unable to revive him.

Two sections of the big A8 autobahn were closed in the south-east, as drivers spent Thursday night at a standstill near Rosenheim. The Bavarian Red Cross and a government agency came to the aid of the drivers. 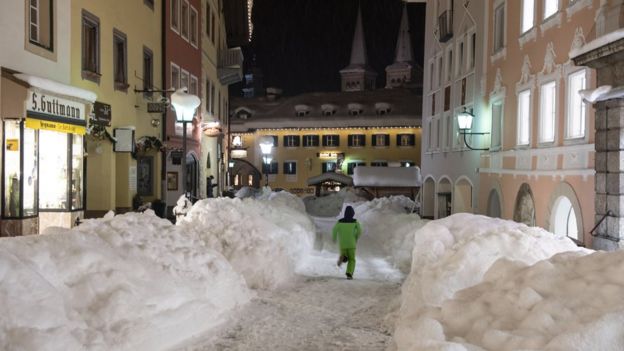 Roads in the Berchtesgaden area close to the Austrian border were blocked and the army sent up to 200 soldiers to help hundreds of people caught up in the snow.

There was a let-up in the weather on Friday ahead of expected of further snowfalls on Saturday night. However, some 90 flights were cancelled in Munich while some flights in Frankfurt were also hit.

In Switzerland, an avalanche hit a hotel restaurant, injuring three people. Local reports said the avalanche had been 300m in width when it came down the Schwägalp. 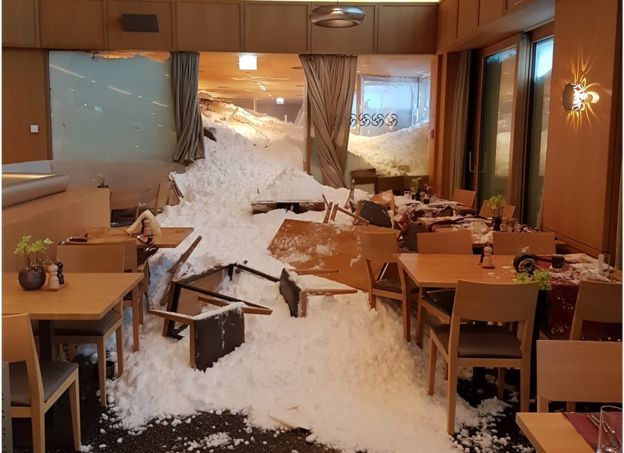 Rescuers searched the area on Friday in case anyone near the Hotel Säntis had been caught up in the avalanche.

Cars were left buried in the snow and even a bus was left partly submerged.

One guest in the hotel restaurant said that initially he thought snow was falling from the roof.

“There there was a gigantic noise, and the back area of the restaurant was engulfed in masses of snow,” the guest told Tagblatt. 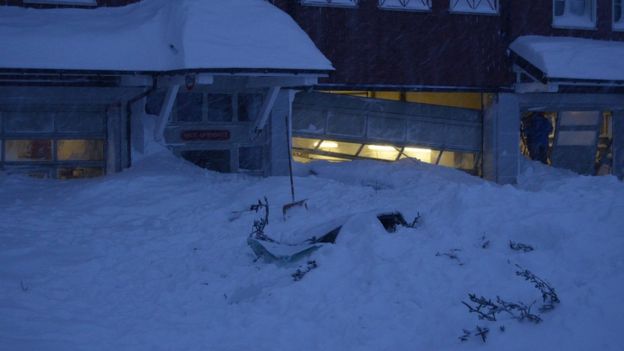