Four English teams will be in the finals of European competitions for the first time ever.

Arsenal beat Valencia 7-3 on aggregate in their Europa League semi-final after going into the game with a 3-1 first-leg advantage – Pierre-Emerick Aubameyang scoring a hat-trick for the Gunners.

Chelsea won on penalties against Frankfurt at Stamford Bridge to set up an all-London final.

He described penalties as “a little bit lucky”, telling BT Sport: “Always we prepare and we are lucky today.”

The two wins follow amazing results in the Champions League earlier this week, with both Liverpool and Tottenham coming from 3-0 down in their semi-finals to see off La Liga champions Barcelona and Dutch giants Ajax.

Arsenal midfielder Mesut Ozil tweeted a picture of the victorious players after the game, writing: “Off to the final baby.”

Valencia started well at home to Arsenal, with Kevin Gameiro scoring after 11 minutes.

But Pierre-Emerick Aubameyang got a goal back for the north Londoners after 17 minutes, calming nerves among the travelling supporters.

Alexandre Lacazette got Arsenal’s second goal in Valencia’s Mestalla Stadium, before Gameiro grabbed another one for the home side.

But Aubameyang followed up with two further strikes, sending Arsenal into the final in Baku – the capital of Azerbaijan – on 29 May.

Lacazette told BT Sport that Aubameyang had been “unbelievable”, adding: “We want the trophy.”

Aubameyang said the team had learned from last season, when they were eliminated in the semi-finals.

“This year we didn’t make the same mistakes, so now we are through to the final and we are all happy,” he said.

Arsenal manager Unai Emery, who won the Europa League three times with Sevilla, said “the past is for taking experience and using in the present”.

Chelsea began their tie against Frankfurt at 1-1 following the first leg.

A fine finish from the Blues’ Ruben Loftus-Cheek put them ahead on 28 minutes, but Luka Jovic replied for Frankfurt early in the second half. 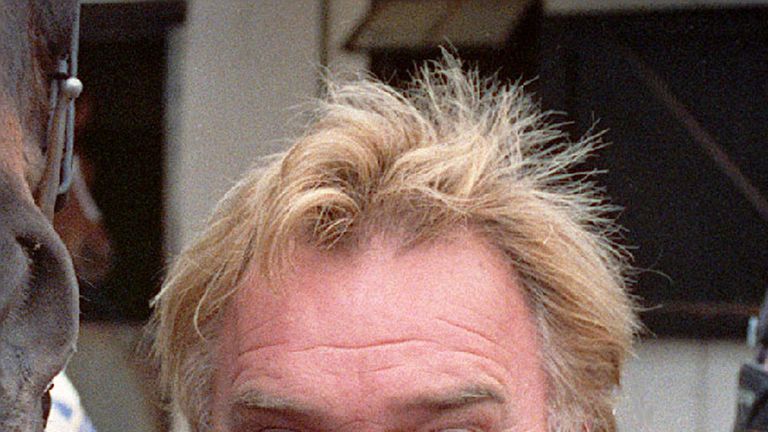 Comedian Freddie Starr has died at the age of 76, according to reports.

The entertainer, who rose to fame in the 1970s after appearing on talent show Opportunity Knocks, is said to have been found at his Spanish home by a carer.

A post on a Facebook page called Freddie Starr Official said: “This is Freddie’s manager. Just to confirm Freddie has passed away. RIP to our greatest comedian of all time.”

“He was the funniest man I have ever seen. I’m so sad we have lost one of our greatest comedy talents. RIP Freddie.”

Starr was probably best known for being the subject of the Sun’s infamous 1986 headline Freddie Starr Ate My Hamster.

He later claimed the story, which said Starr had placed a hamster between two slices of bread and eaten it, was fabricated by publicist Max Clifford.

In 2014, it was announced he would not be prosecuted over allegations of sexual offences due to insufficient evidence.

Starr had been arrested as part of Operation Yewtree, the police investigation which began following revelations about Jimmy Savile, in relation to 13 alleged victims.