Two more hospital patients have died after eating pre-packaged sandwiches and salads linked to an outbreak of listeria.

It takes the number of deaths to five, among nine cases in all of the bacteria infecting patients, Public Health England (PHE) said.

The source of the infection is understood to relate to products supplied by The Good Food Chain and the affected ones have since been removed from hospitals.

PHE said evidence suggests all of those who died consumed the products before the withdrawal happened on 25 May.

It is not yet known where the latest two victims were receiving treatment, but PHE said there are seven trusts across the country dealing with listeria cases.

One is believed to have died after the first three confirmed cases, while the other died before.

The first case showed symptoms on 25 April and sandwiches and salads were withdrawn on 25 May.

It is understood that some of the products were sold at hospitals while others were given to patients.

PHE said: “Whilst any risk to the public remains low, PHE’s Whole Genome Sequencing analysis has identified an additional three cases of listeria linked to this outbreak.

“This brings the total number of confirmed cases to nine. All of the cases of listeria infection were in hospital patients in England.

“Sadly, one of the seriously ill six patients PHE confirmed last week has since died.

“One of the patients confirmed today as linked to the outbreak had already died. This brings the number of deaths linked to this outbreak to five.”

Dr Nick Phin, deputy director at the national infection service at PHE, said: “To date, there have been no patients linked to this incident outside healthcare organisations, but we continue to investigate.

The Good Food Chain said: “Our thoughts and deepest sympathies are with the families of those who have died and anyone else who has been affected by this outbreak. The underlying cause of it remains unclear.

“For our part, we are co-operating fully and transparently with the FSA (Food Standards Agency) and other authorities, and will continue to do so”.

Listeria bacteria can cause listeriosis – a form of food poisoning – and can be found in unpasteurised milk and chilled foods, such as pate, certain cheeses, cold meats and smoked salmon.

It is usually not dangerous for healthy individuals, but can cause vomiting and diarrhoea.

But for people with pre-existing health conditions and weaker immune systems, the infection can prove more serious.

It is most likely to be found in pregnant women, young babies and the elderly. 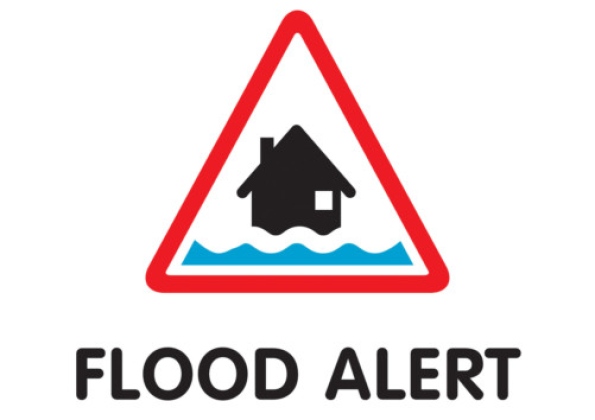 As heavy rain threatens to trigger more flooding in parts of the United Kingdom into Thursday morning, some areas have already recorded double the typical June rainfall earlier this week.

Bouts of heavy rain caused areas in the central U.K. to record twice the amount of rain that typically falls each June in two days earlier this week.

Other rainfall totals during this time in Lincolnshire included 122.8 mm (4.83 inches) at Stenigot and 99.2 mm (3.90 inches) at Tetford, according to data from the Met Office.

Ham Hill and Eynsford were among the wettest locations in Kent from Monday into Monday night as 94.6 mm (3.72 inches) and 90.1 mm (3.55 inches), respectively, poured down.

The number of flash flooding incidents continued to mount across the U.K. as rainfall totals increased.

From Tuesday into Tuesday night, the Lincolnshire Fire and Rescue responded to more than 100 flood-related calls.

Kent Fire and Rescue Services were called to rescue a woman in her 80s and her dog from a flooded property near Sevenoaks on Monday night. No injuries were reported.

As the River Waring overflowed its banks, low-lying land and roads were flooded in Horncastle. The level of the river at Horncastle Banks Road crested at 1.33 meters (4.36 feet) during the early afternoon of Tuesday. Minor flood stage is 0.68 of a meter (2.23 feet).

The M25 in Kent was closed in both directions from Monday night into Tuesday morning after two sinkholes opened, according to BBC News. Travel chaos also extended to railways.

Many rivers throughout the Midlands, Wales and England rose above minor flooding stage.

A total of 34 mm (1.34 inches) of rain was recorded at London’s Heathrow Airport in the 24 hours ending on Tuesday morning. More than 400 flights were delayed on Monday, FlightAware reported.

As the rain soaked the Midlands and into Wales and South West England, the Cricket World Cup fixture between Bangladesh and Sri Lanka in Bristol was called off on Tuesday.

The heaviest rain into Thursday morning is expected to spread from the East Midlands to North East England, threatening to aggravate ongoing or trigger new flash flooding. There can also be a period of downpours over the West Midlands and eastern Wales.

The U.K. is expected to remain in the midst of an unsettled weather pattern with showery spells Friday into this weekend.