#RAF Called In As Nearly 600 #Homes Ordered To #Evacuate Due To #Flooding In #Lincolnshire, #UK 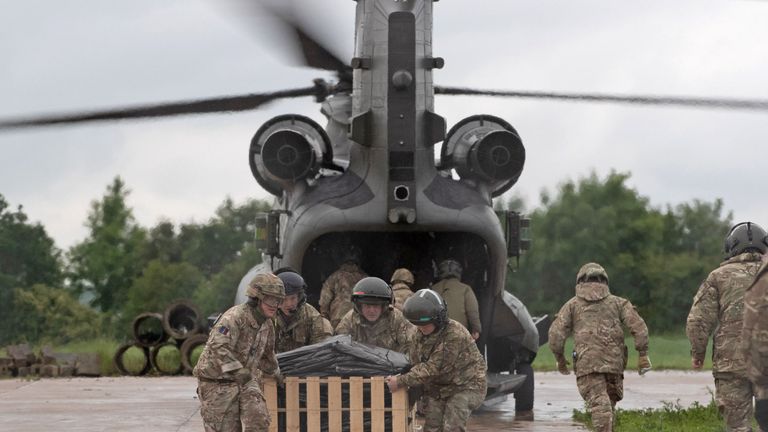 Evacuations in Lincolnshire continue after a river burst its banks following heavy rain which has battered the UK this week.

A total of 580 homes north and south of the River Steeping in the town of Wainfleet All Saints have been told to evacuate.

Military helicopters were deployed to the area yesterday, after the river burst its banks at Thorpe St Peter.

Temporary repairs on the river have started to deteriorate, officials have said.

A Sky News crew on the ground was told there is a problem with the original breech, which is now slowly seeping, and there is another crack that has appeared further down the bank. 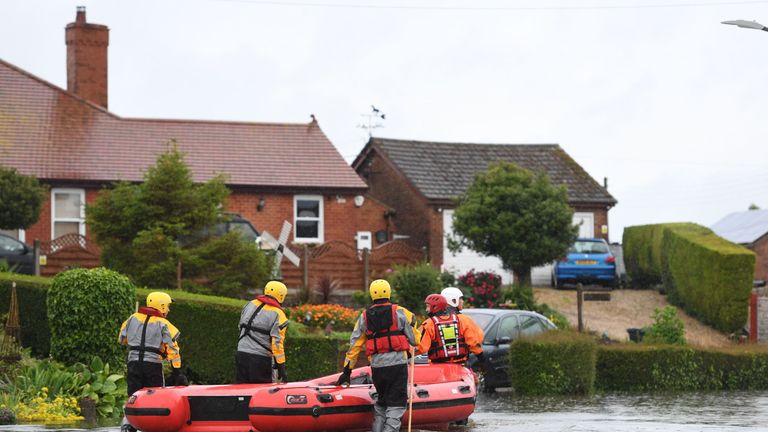 A Chinook helicopter was deployed to drop sand in Wainfleet All Saints yesterday to try and stop the flow of water from the River Steeping and a Puma was also being used.

Officials say the next 24 to 48 hours will be crucial, depending on the amount of rainfall, as they wait for the waters to subside.

As of 12 June, Britain saw rainfall of 2.6 inches (6cm) since the beginning of the month, but that is not a record amount for June. 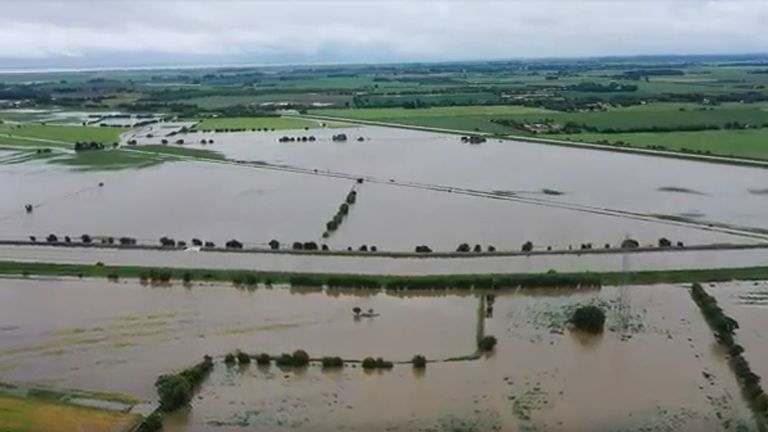 Spokesman Grahame Madge said: “Although we are at a point where some areas have seen their full amounts of monthly rain, so far we don’t think we’re on track to beat the 2012 record as a wet June”.

“It’s something we do get now and again, which is obviously unwelcome for those people who have wanted to enjoy nicer weather.”

Elsewhere, a landslip near Corby, Northamptonshire, stopped an East Midlands Train from London to Nottingham – and then a second train that came to help also became stuck.

Around 400 passengers were stranded for up to eight hours before being evacuated and one person was treated at the scene in an ambulance by paramedics.

The train operator apologised to customers involved, calling it a “challenging situation” due to rubble and serious flooding hampering rescue efforts.

It also said it was “working hard” to reunite people with their luggage, which it said was being held safely in Kettering.

Forecasters predict more showers over the weekend but say conditions are expected to settle down and it will become milder.

Warmer air building over Europe will see higher temperatures in parts of the South East next week, with the potential of sunny spells hitting the mid-20s.

The Met Office says no further weather warnings have been issued.