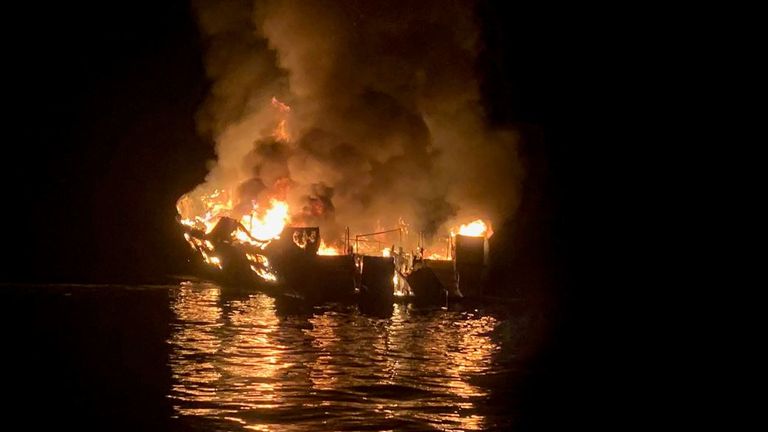 The fire broke out on a commercial scuba diving vessel. Pic: SBCFireInfo

Thirty-four divers are feared dead after a boat caught on fire and sank off the coast of southern California, officials have said.

Five crew members who were awake on the upper deck of the 75ft boat jumped into the sea when the blaze broke out in the early hours of Monday.

The commercial scuba diving vessel named Conception with 39 people on board, had been anchored near Santa Cruz Island, off the coast of Santa Barbara.

Officials said 34, believed to be sleeping below deck, are missing and are feared dead. 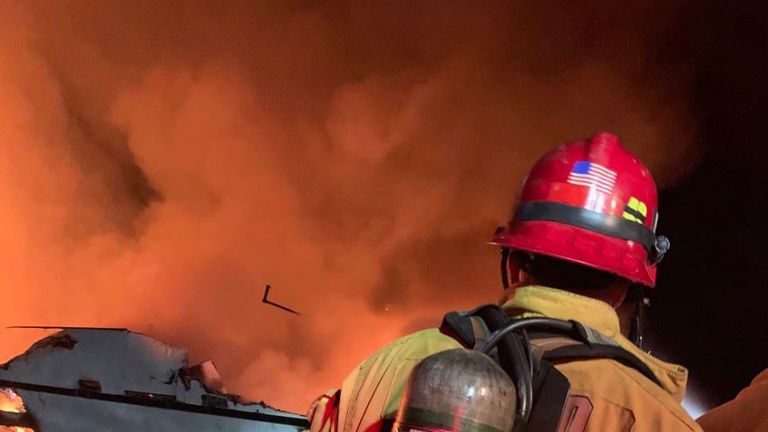 More than 30 people were on board the 75ft yacht

The US Coast Guard has helicopters, small boats and a patrol cutter in the area for the search-and-rescue operation off Santa Cruz Island, which is around 90 miles (140km) from Los Angeles.

The fire broke out before dawn aboard the vessel on the final day of a Labour Day weekend cruise to the Channel Islands. 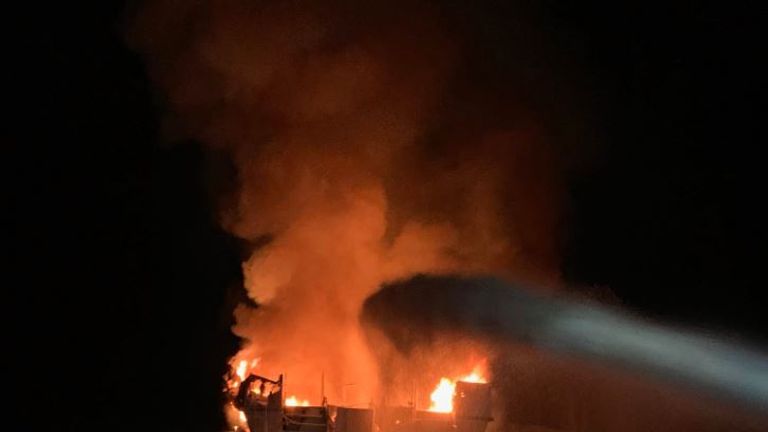 The vessel was around 59ft (18 metres) offshore when it sank in 64ft (19 metres) of water while crews tried to extinguish the fire, Captain Monica Rochester of the Coast Guard said.

She said a mayday call was heard at around 3.15am.

The five crew members who jumped off board were rescued by a good Samaritan pleasure craft called the Great Escape.

The sunken vessel has a portion of the bow sticking out of the water.

The Ventura County Fire Department tweeted photos of the boat engulfed in flames, and said it had responded to the incident off the north side of Santa Cruz Island at approximately 3.28am 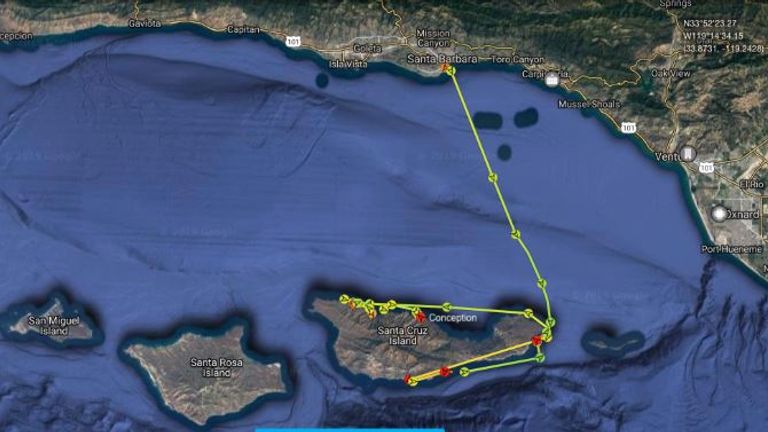 An image of the route the boat took after leaving Santa Barbara. Pic: MarineTraffic.com

The Conception was operated by Worldwide Diving Adventures, a respected Santa Barbara-based company that says on its website it has been taking divers on such expeditions since 1972.

It left at 4am on Saturday for a three-day diving trip and was scheduled to return at 5pm on Monday.

The crew was using the vessel to visit San Miguel, a rarely visited island with a variety of interesting sea life including anemones, crabs and nudibranchs.

The vessel was fitted with dozens of small berths for people to sleep in overnight.