Italy continues to be terribly affected by the outbreak, recording its second-highest number of deaths in a day.

France has become the fifth country to report more than 1,000 coronavirus-related deaths – as another 743 people died from the disease in Italy.

Over the same 24-hour period, Italy registered its second-highest number of deaths in a day as it continues to be gripped by the COVID-19 pandemic.

Officials said today that 743 people had died after testing positive, bringing the total to 6,820.

Italy has recorded more coronavirus-related deaths than anywhere else in the world.

More than 69,000 people have tested positive in Italy, with 5,249 new cases reported on Tuesday.

Many of the deaths are in the Lombardy region in the north, with the city of Bergamo the worst-hit.

But for two days running, the percentage increase in the number of cases has stood at around 8% – the lowest rise in percentage terms since the contagion in the country came to light on 21 February.

SCIENTISTS believe they have found 40 mutations of coronavirus – and say seven cases can be traced back to a single football match in England.
The mutations were discovered by analysing swabs of Covid-19 patients in Iceland – where almost 600 cases have been reported so far.

It comes as the number of those infected with coronavirus across the world continues to rise – with cases in 183 countries.

And in the daily Government press conference, Health Secretary Matt Hancock called for 250,000 Brits to sign up as volunteers to help the 1.5million people self-isolating for the next 12 weeks.

The new findings – which have not yet been published, meaning they have yet to be scrutinised by other experts – show cases in Iceland could be traced back to three countries, England, Austria and Italy.

But, one stand out discovery, was the fact seven infected people all went to the same, undisclosed football match in England.

The team of Icelandic scientists used genetic sequencing to identify how many mutations the virus had undergone.

These genetic variations are like viral fingerprints – and help boffins pinpoint where in the world a virus originated.

All viruses undergo mutations as they evolve, which may or may not cause them to behave in different ways.

Some mutations will make a virus more infectious, others more deadly.

Mutating is the process that would have allowed this new strain of coronavirus to attack the human body in the first place – allowing it to pass from its animal host.

Scientists believe the new coronavirus remained hidden in animals for years, perhaps even decade before jumping from bats to humans, via a possible but unknown animal, in the Chinese city of Wuhan.

Icelandic scientists investigated the virus within their own country, where one death has been reported.

The health authorities there, along with genetics firm DeCode Genetics, tested 9,768 people for coronavirus, according to Information.

This included anyone who had been diagnosed, as well as people with symptoms or those in high risk groups for Covid-19.

Some 5,000 volunteers who did not have any symptoms joined the study – 48 of whom actually tested positive.

Complete genome sequencing was carried out and this unveiled clues about how the bug has evolved and the chain of transmission.

Kári Stefánsson, director of DeCode Genetics, said: “We can see how viruses mutate.

“We have found 40 island-specific virus mutations.

“We found someone who had a mixture of viruses.

“They had viruses from before and after the mutation, and the only infections traceable to that person are the mutated virus.”

One person was found to carry two variants of the coronavirus.

DeCode Genetics was able to trace how the virus entered Iceland, an island nation home to around 365,000 people.

Dr Stefánsson added: “Some came from Austria. There is another type from people who were infected in Italy.

“And there is a third type of virus found in people infected in England.

“Seven people had attended a football match in England.”

The study has not yet been published, meaning it hasn’t yet been analysed by other scientists.

Dr Derek Gatherer, an infectious disease specialist at Lancaster University, revealed he was not surprised with the findings.

He told the MailOnline: “This is much as we would expect. All viruses accumulate mutations, but few of them are of much medical consequence.

“They are valuable in tracing the origins of infection chains.

“It looks like Iceland has imported quite a few infections from other European countries.”

Allan Randrup Thomsen, a virologist from the Department of Immunology and Microbiology at the University of Copenhagen, said the results described by the team “make good sense”.

Professor Thomsen said: “Coronavirus is known as a virus that can mutate reasonably violently.

“We have seen reports of variants from China already. That way, it fits well with what one expects.”

Earlier this month, researchers in China said they had found two main types of coronavirus could be causing infections.

The preliminary study found that when the virus first crossed into humans, the “ancestral” strain – which they named ‘S’ – subsequently evolved into another version, called ‘L’.

In their study, they found that the older strain is the more aggressive and faster-spreading of the two.

Initially the newer strain, L, was more prevalent – but is now reducing and S has gone onto become more common.

The authors suggest that this could be because the disease it causes is less severe, meaning people can carry it for longer before they are hospitalised – making it the risk of passing it on greater.

They also claim that the more aggressive version associated with the disease outbreak in Wuhan accounted for about 70 per cent of analysed strains.

But experts warn that the study is very early data and more research is needed.

Similar to the flu, Covid-19 may be more able to spread and infect more people as it becomes well adapted.

However, the variants that cause people to get really sick may die out.

Dr Gatherer said this process “may take a couple of years.” 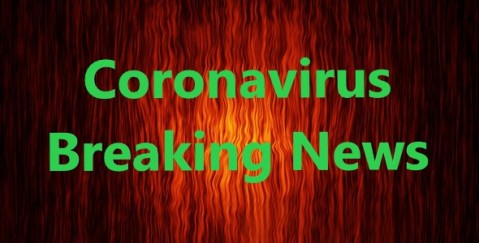 The UK has seen its biggest daily spike in deaths from coronavirus with 89, taking the nationwide total to 424.

The Department for Health and Social Care announced the latest figures on the first day of a nationwide lockdown to counter COVID-19, with the vast majority of new deaths coming in England.

Eighty-three of the coronavirus fatalities confirmed on Tuesday were in England, with two in Scotland, one in Wales, and three in Northern Ireland.

The total of 89 is up from 55 deaths announced across the whole of the UK on Monday.

The latest patients to die in England were aged between 33 and 103 years old and were in vulnerable groups or had underlying conditions, NHS England said.

Twenty-one of the deaths appeared to have come at London North University Healthcare NHS Trust, which just last week declared a critical incident at its Northwick Park Hospital in Harrow after an upswing in coronavirus patients saw it run out of intensive care beds.

Sky News’ health correspondent Ashish Joshi said that the trust’s deaths were split between Northwick Park Hospital and Ealing Hospital, with the trust expected to clarify its numbers in a statement later.

“It is significant – there are more deaths at these trusts than anywhere else in the country,” Joshi added.

“They do have a specialist centre for infectious diseases; whether that has anything to do with the number of COVID-19 cases they are seeing, which could account for the number of deaths, we will have to wait to see if there is an explanation from the trust on that.”

The UK government has taken the unprecedented step of asking mobile companies to send an alert to everyone in the UK telling them to heed the new nationwide lockdown rules.

It is the first time ministers have called upon all the UK’s mobile operators – including O2, EE, Three and Vodafone – to send a mass broadcast that will reach as many as 60 million people across the country. Only 4% of households do not have at least one mobile phone, according to the communications regulator, Ofcom.