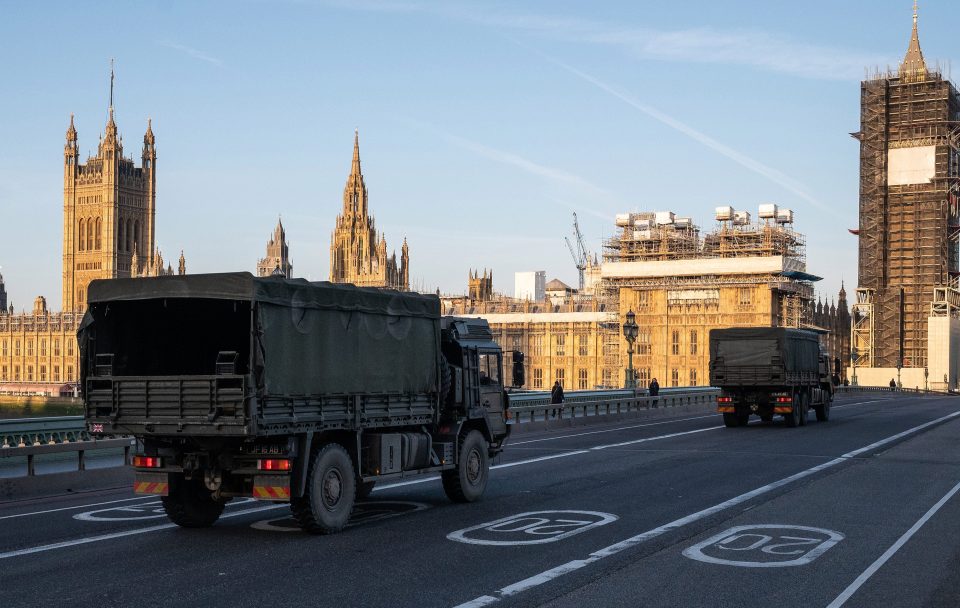 COPS have today warned they may not be able to police Boris Johnson’s coronavirus lockdown and have hinted the Army may need to enforce it.

The Prime Minister last night outlined his strict limits on when Brits are able to leave their homes and banned gatherings of more than two people.

He warned the nation they “must stay at home” as he ordered a mass lockdown by closing all non-essential shops and insisting families stay behind closed doors.

However, it didn’t stop Londoners from once again packing the Underground with alarming pictures showing commuters squeezing on to carriages this morning.

Last night, Brits were also ordered not to meet up with friends and to go out to buy food or to exercise just once a day.

As part of the Coronavirus Bill – which passed through the House of Commons on Monday – police were given new emergency powers to help them guarantee public safety and maintain law and order.

Anyone who flouts the new crackdown will face fines of up to £1,000 or even arrest when cops are given emergency powers.

But the chairman of the Metropolitan Police Federation has suggested officers will struggle to enforce the on-the-spot fines.

Ken Marsh said Mr Johnson’s plans would be “very difficult” to put into practice because he was seeing “large amounts of sickness” among officers across the capital.

He told the BBC: “It will be very, very challenging and very difficult for us with what’s put in front of us.

“But we don’t actually know what is being put in front of us yet other than we’re going to be asked to disperse crowds, it’s going to be a real, real challenge.

“We will be dealing with it, but I’m not sure we will have the resources to be able to see it through.”

Mr Marsh believes the Army could be brought in if police numbers fall due to coronavirus, as the death toll hit 335 with more than 6,000 cases in the UK.

He told Sky News: “The Army are already in place on the outskirts of London and across the country.

“And I don’t doubt again for one minute that they will be called if needed.

“Because if we start losing large numbers in policing terms, through isolation and actually having Covid-19, then they are going to step in and support us in some way.

“It could be tailored in quite quickly and I would save that everything is on the table.”

John Apter, national chairman of the Police Federation of England and Wales, added: “I would urge politicians to think before they make such bold statements.

“I just cannot rationally think how that would work.”

He also revealed some officers had been “spat at” and “coughed on” by vile Brits during the pandemic.

Mr Apter said: “Vile creatures were spitting and coughing in the direction of my colleagues and using the crisis of COVID-19 as a weapon against police officers.

“I contacted the Home Secretary and said something needs to be done.”