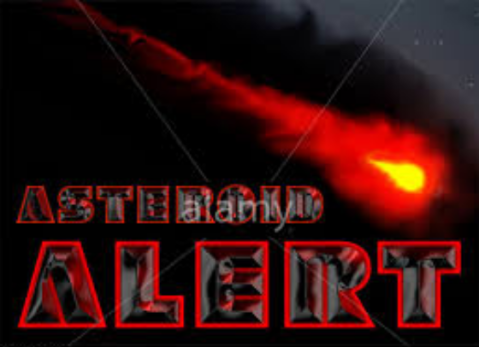 The massive asteroid has been classified as an Apollo asteroid because it crosses Earth’s orbit. It was first spotted by astronomers a decade ago and called 465824 (2010 FR).

National Aeronautics and Space Administration (NASA) has been tracking an asteroid which is twice as big as the iconic Egyptian monument, Pyramid of Giza. The gigantic celestial object is expected to collide with Earth’s orbit at around 15:30 IST on September 6. As per the reports, the asteroid is up to 270 metre wide and 886 feet tall.

The massive asteroid has been classified as an Apollo asteroid because it crosses Earth’s orbit. It was first spotted by astronomers a decade ago and called 465824 (2010 FR).

However, scientists at the Center for Near-Earth Object Studies (CNEOS) confirmed that like many asteroids that have been spotted to fly by our planet of late, it won’t be a threat.

According to NASA, a NEO is a term used to describe “comets and asteroids that have been nudged by the gravitational attraction of nearby planets into orbits that allow them to enter the Earth’s neighbourhood”.

Even though asteroids like these are harmless because of their distance from Earth, they can come closer than expected due to the gravitational pull of other planets which can result in a change in the trajectory of their orbit. Not only this, but the Yarkovsky effect can also nudge an asteroid orbit. The change in orbit takes place when an asteroid absorbs sunlight and then re-emits that energy as heat or radiation.

“Occasionally, asteroids’ orbital paths are influenced by the gravitational tug of planets, which cause their paths to alter. Scientists believe stray asteroids or fragments from earlier collisions have slammed into Earth in the past, playing a major role in the evolution of our planet,” NASA said.

Also, On September 1, asteroid 2011 ES4 will be closer to our planet than the Moon. The estimated distance of the asteroid from Earth is 1.2 lakh km. Another asteroid named 2020 QG5 is approaching Earth again after 16 years on the same day. Both these asteroids won’t be a threat to our planet as well because of the distance and its small size which will be destroyed upon entering Earth’s atmosphere. 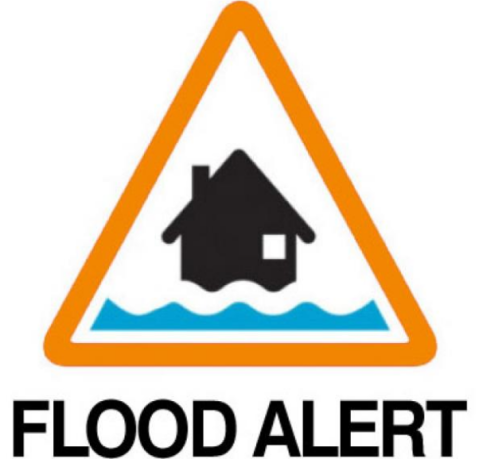 Thousands and homes and wide areas of crops have been destroyed in recent flooding in the states of Jigawa, Kano, Kebbi and Sokoto, northern Nigeria. As many as 30 people are thought to have died.

Flooding in the state of Jigawa has reportedly damaged or destroyed 50,000 homes and affected 17 out of the 27 local government areas (LGAs). Wide areas of farmland is under water, damaging or destroying crops.

Local media quoting Jigawa State Emergency and Management Agency (SEMA) reported on 05 September that as many as 20 people have died in the flooding. Many of those fatalities were a result of building collapse.

News Agency of Nigeria (NAN) reports that 4 people have lost their lives after heavy rainfall and flooding in Kano state, northern Nigeria.

NAN said that the Kano State Emergency Management Agency (SEMA) has confirmed four persons killed and thousands of houses destroyed due to flooding.

Meanwhile flooding has also affected north-western parts of the country, where 6 people have died in Kebbi state and 15 in Sokoto.

Nigeria’s National Emergency Management Agency (NEMA) has sent a technical team to carry out full assessment of the recent flood that has devastated communities and farmlands in Kebbi state from late August.

Flooding has affected the 11 LGAs of Argungu, Birnin Kebbi, Bunza, Suru, Koko-Besse, Yauri, Shanga, Bagudo, Maiyama, Jega and Dandi. At least 5 bridges were destroyed and as much as 500,000 hectares of crops including rice, millet, sorghum, maize and sugarcane.

At Kende in Kebbi, the Sokoto River stood at 5.03 metres as of 30 August. The Sokoto joins the Niger river just south of Kende. The Niger at the Jidere Bode measuring station in Kebbi jumped from 1.4 metres in mid July to 5.74 metres by late August.

Recently the Niger river caused severe flooding in the neighbouring country of Niger, including the capital Niamey. According to Niger’s Ministry of Humanitarian Affairs, as of 24 August, over 40 people had died, 226,563 people from 24,259 households were affected and 19,234 houses destroyed.

At least 15 people have died in flooding in 6 LGAs in Sokoto state in north western Nigeria.

A total of 5,254 people have been displace and 27,000 affected across the local government areas of Goronyo, Rabah, Sokoto-North, Wamakko, Silame and Binji.

Another 12 persons were said to have sustained various degrees of injuries as a result of collapsed buildings. Wide areas of crops have also been damaged. 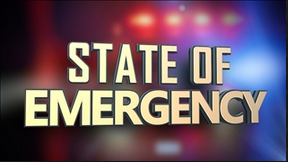 Authorities have activated a state of emergency in Senegal, West Africa, in the face of ongoing floods in several parts of the country.

Local media reported that at least 6 people have died as result of flooding in several parts of the country on 05 and 06 September. Fatalities were reported in the regions of Dakar (1), Kaolack (2) and Sédhiou (3).

Temperatures will reach 110 degrees Fahrenheit (about 43.3 degrees Celsius) in interior locations and up to 115 degrees Fahrenheit in some parts of the Diablo Range, Central Valley and eastern Bay Area, according to the forecasts.

The NWS has also issued a “fire weather watch” for the East Bay and North Bay from Monday night through Wednesday morning, according to a report by the San Jose-based newspaper The Mercury News on Saturday.

It was the first such alert this summer in the Bay Area based on winds, the report said.

A more severe “red flag warning” was issued on Aug. 15 before the lightning storms that set off dozens of fires around Northern California.

Pacific Gas & Electric is considering shutting off power in some areas Tuesday and Wednesday to reduce the risk of fire caused by the utility equipment.

“If high temperatures, extreme dryness and record-high winds threaten the electric system, it may be necessary for us to turn off electricity in the interest of safety. This is called a Public Safety Power Shutoff (PSPS),” the company said. 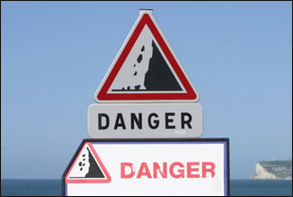 A landslide in northwest Pakistan killed at least nine people and injured another six on Monday, an official said.

The incident occurred in Safi town of Mohmand district, which sits near Afghanistan border, when a massive landslide struck a gathering, Iftikhar Alam, deputy commissioner, told Anadolu Agency by telephone.

Dozens were still trapped under the rubble as army troops were assisting the district administration to rescue them, according to Alam.

“Huge pieces of marble from a hill fell on a routine gathering of 50-60 people [on the foothill],” he said, adding that heavy machinery had been dispatched from nearby districts to accelerate the rescue operation.

Fauzee Khan, a local journalist, told Anadolu Agency that darkness, and lack of heavy machinery were hampering the rescue operation.

Mohmand, one of seven former semi-autonomous tribal regions in Pakistan, is famous for marble reserves.

The tribal areas were given the status of districts and merged with the Khyber Pakhtukhwa province in 2018.

In 2015, some 12 laborers were killed after a marble mine collapsed in Mohmand .

Torrential rains in the eastern Ugandan district of Mbale on Sunday triggered off a landslide which has affected three villages leaving one person so far confirmed dead and property destroyed, a relief agency said on Monday.

Uganda Red Cross Society said in a statement that the three villages of Shitega, Buwangwa Upper, and Butsaale have been affected by the landslide.

“One person confirmed dead (an adult yet to be identified). Other affected items include houses, animals,” the statement said, noting that more details will be shared later.

The agency said it has sent a relief team to the scene to beef up the search and rescue efforts.

It warned that as the rains continue, people in the landslide-prone areas should be careful.

Mountainous eastern Uganda occasionally experiences landslides during the rainy season but the worst was recorded in 2010 where several landslides killed some 300 people and left thousands homeless.

At least nine families were rendered homeless after seven houses got damaged in a landslide in Udhampur district of Jammu and Kashmir, a senior government official said on Sunday. However, no one was hurt in the incident.

Singla, who mobilised quick response teams from various departments after getting the information about the incident, said the landslide was still active and as a precautionary measure, seven more houses had been vacated due to the lurking threat.

“All affected families have been shifted to safer places and provided necessary aid. Senior officials of various departments are on the spot to supervise the relief and rehabilitation measures,” he said.

Meanwhile, the Jammu and Kashmir National Panthers Party (JKNPP) expressed grief over the large-scale devastation caused by landslides in various villages of the Ramnagar constituency in the recent past and demanded immediate relief and rehabilitation of the affected families.