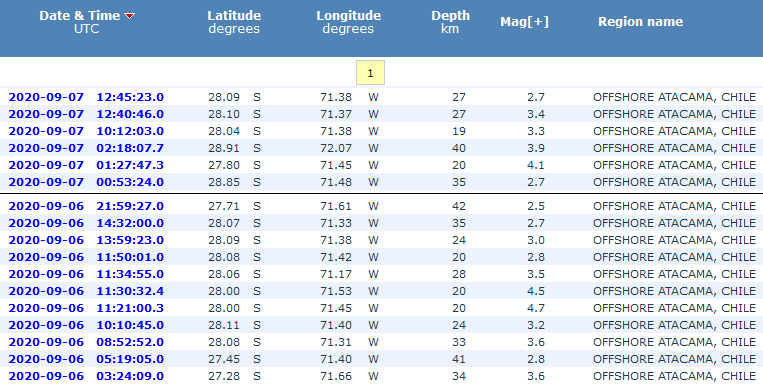 A ban on groups of more than six people gathering in homes, parks, pubs and restaurants in England is being imposed by Boris Johnson in the biggest coronavirus crackdown since lockdown rules were eased.

First offenders will be fined £100, which will double on each further repeat offence up to £3,200, the prime minister will announce in a bid to stem an alarming surge in COVID-19 cases in the UK.

“So we are simplifying and strengthening the rules on social contact, making them easier to understand and for the police to enforce,” the PM will announce.

“It is absolutely critical that people now abide by these rules and remember the basics – washing your hands, covering your face, keeping space from others, and getting a test if you have symptoms.”

The crackdown comes after warnings from government medical chiefs that the public – particularly young people – are now too relaxed about coronavirus, with the result that COVID-19 rates are now above 20 per 100,000 people.

The PM’s announcement follows the Health Secretary Matt Hancock imposing a ban on socialising with people from other households in Bolton, with restaurants in the town limited to serving takeaway food and a 10pm-5am curfew on all venues.

Ahead of Mr Hancock’s Bolton announcement, England’s deputy chief medical officer, Professor Jonathan Van-Tam, warned of a “bumpy ride over the next few months” unless the virus was taken “incredibly seriously”.

The health secretary also issued a warning to young people this week not to spread the virus to older, more vulnerable relatives, telling people in their late teens and early 20s: “Don’t kill your gran by catching coronavirus and then passing it on.”

Mr Johnson will announce that from next Monday any gathering over six people will be illegal, unless it meets one of a limited list of exemptions: a household or support bubble of more than six or a gathering for work or education.

Further exemptions will also apply, such as for weddings, funerals, and organised team sports in a COVID secure way.

The full list of exemptions will be revealed by the government before the law changes on Monday.

Explaining the reasons for the new crackdown, Downing Street sources claim putting the new, lower limit in law will make it easier for the police to identify and disperse illegal gatherings.

The new rules follow a Zoom roundtable the prime minister had with police forces last week, where officers expressed their desire for rules on social contact to be simplified.

According to No 10, cabinet ministers, the Chief Medical Officer Professor Chris Whitty and Chief Scientific Adviser Sir Patrick Vallance have jointly agreed that urgent action is necessary after seeing the number of daily positive cases rise to almost 3,000 recently.

The latest figures reveal there were a further 2,460 lab-confirmed cases of coronavirus in the UK as of 9am on Tuesday, following 2,948 on Monday and 2,988 on Sunday, which was the largest daily figure since May.

The government says the new rules will apply across England, to all ages, to gatherings indoors and outdoors, in private homes, public outdoor spaces and venues such as pubs and restaurants.

Downing Street claims the rise in UK cases is following a similar pattern to other European countries, with increasing infection rates causing rising hospitalisations in Spain and France and deaths in Spain now rising too.

The new government public information campaign will highlight how everyone can help stop the spread of the virus by remembering to wash their hands, cover their face and make space.

“Hands. Face. Space” will run across TV, radio, newspapers, online, billboards and display displays at bus stops and other transport venues, with a new video being released to show exactly how coronavirus spreads indoors.

Downing Street says that with people expected to spend more time inside during the winter, the film – produced with the help of scientific experts – encourages the public to follow simple steps to reduce the risk of infection.

A strong winter-like storm left Wyoming highways closed and thousands of Wyoming residents without power on Tuesday as the weekend’s warm, mild weather was replaced with brisk winds, snow and frigid temperatures.

The storm, the result of moisture coming into Wyoming from the west mixing with cold Arctic air, dropped temperatures from the 90s on Sunday to below freezing by Monday night.

The weather also caused power outages across the state. Rocky Mountain Power reported that almost 8,000 of its customers were without power Tuesday morning, most of them in the Rock Springs area.

However, outage maps also showed that people were without power in Green River, Riverton, Lander, Casper, Glendo and Douglas.

Snow from the storm appeared vary widely around the state, ranging from 3 inches in Gillette to 5 inches in Wheatland, 7.5 inches in Story, north of Buffalo and 11 inches in Douglas.

It appeared no schools were forced to close by the storm.

By Tuesday morning, Cheyenne had received less than one-half inch of snow.

The storm forced temperatures far below normal for early September and meteorologist Don Day said the cool, wet weather would continue in the region until at least Wednesday before conditions improve heading into the weekend.

“By Saturday afternoon, we’ve got a nice high pressure ridge returning to the region,” he said in his daily podcast. “It’s not a hot one. But what it will do is bring a return of nice looking, in fact, great looking September weather by the weekend that will probably stretch into all the next week.”

No injuries have been reported after an explosion rocked a chemical plant in Palm Bay Tuesday morning, sending clouds of thick black smoke into the sky.

Police in both Palm Bay and Melbourne tweeted about the incident shortly before 11 a.m. Tuesday.

About 30 minutes later, Palm Bay Fire Rescue confirmed that the explosion happened at FAR Chemical on Wilhelmina Court. According to its website, FAR Chemical has been “handling and processing complex and hazardous chemistries” at its Palm Bay facility for the past 35 years.

The chemicals manufactured at the site are used in pharmaceuticals, coatings, adhesives, sealants, composites, flavors and fragrances.

The plant has been evacuated.

According to Palm Bay Fire Rescue, the explosion originated from an industrial storage area containing 30 to 40 50-gallon barrels of an isopropyl alcohol-based solution.

“Hazmat teams are on scene and have confirmed that the materials and resulting plume are non-toxic. One business was evacuated due to the explosion; however, no additional evacuations are required at this time,” a news release read.

The exact cause of the explosion is under investigation, although a Palm Bay Fire Rescue official said a refrigeration issue caused a fire, which in turn ignited barrels of solvent.

U.S. 1 and RJ Conlan Boulevard were closed to traffic until all roads opened at about 2:15 p.m.

Pictures show thick plumes of smoke coming from the facility.

Tasha Wadsworth told News 6 that the explosion shook her car as she was driving near the plant at about 10:39 a.m. She said the first explosion, was followed by several others.

Cracking and popping noises can be heard in a video she recorded of the black, billowing smoke.

A woman who called 911 told the operator, “A building just blew up.”

Moments later, she added, “It keeps blowing up.”

She said she saw flames and plumes of smoke coming from the area.

“I heard three explosions so far and people are stopping on the bridge. Oh my God. Oh this is terrible, oh my God,” she said.

A big fire broke out in the Svishtov enterprise “Svilosa”. According to NOVA, wood waste is burning.

8 fire brigade teams are fighting the flames, which cover about 800 square meters of the plant.

“There is no danger of gassing for people. The fire is localized. All available equipment is harnessed. A wood warehouse is burning. There is no wind to spread the flames,” said the company’s commercial director Ivan Ganev.

A massive fire broke out at a chemical factory in Uttar Pradesh’s Agra on Monday. Thick smoke could be seen billowing out of the factory. Meanwhile, fire tenders are at the spot to douse the blaze. Some reports are saying that the as teh fire engulfed the entire factory, the locality was engulfed with thick dark smoke. The blaze is so massive that it was visible from few kilometres away.

Reports said that the factory comes falls under the jurisdiction of a police station in Sikandra area. On getting information about the massive fire, SP City rushed to the spot. No casualties have been reported so far. The factory is near the Sudhir Dharamkanta.