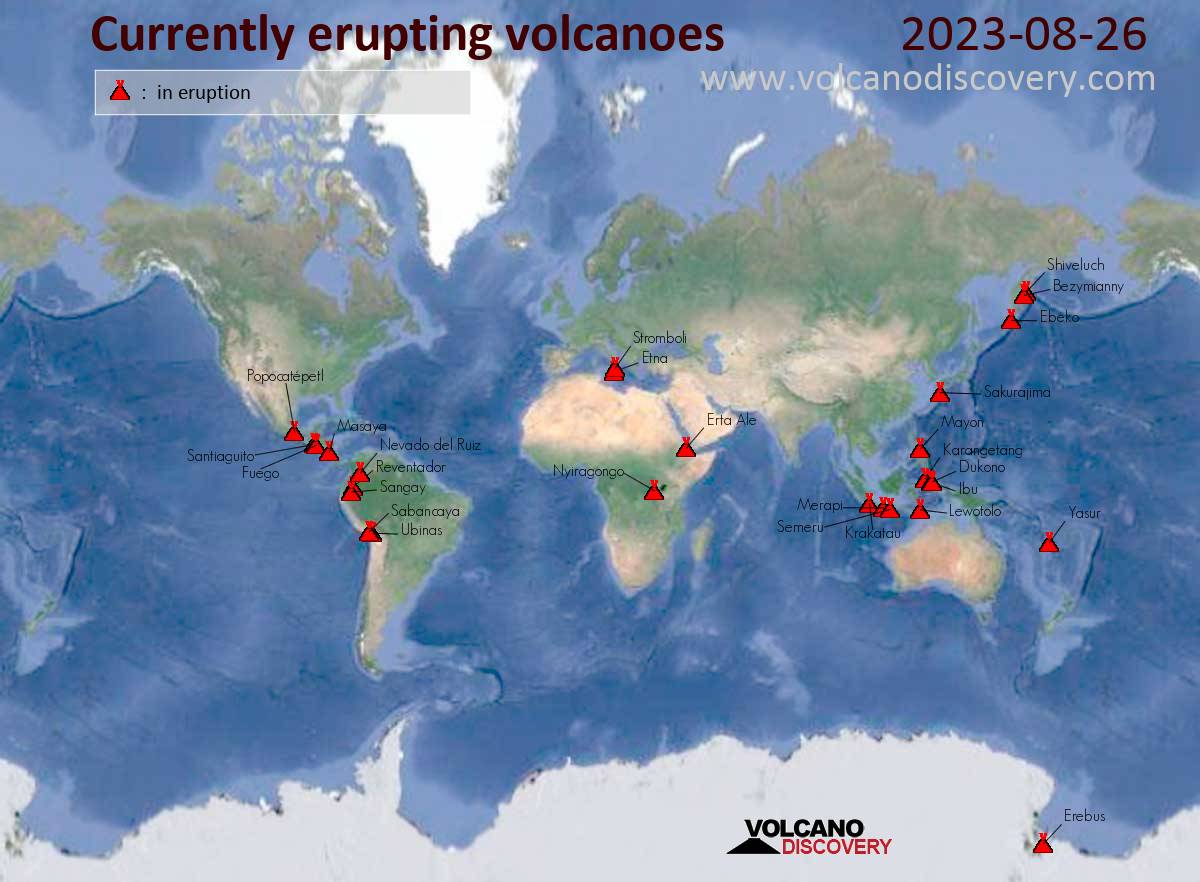 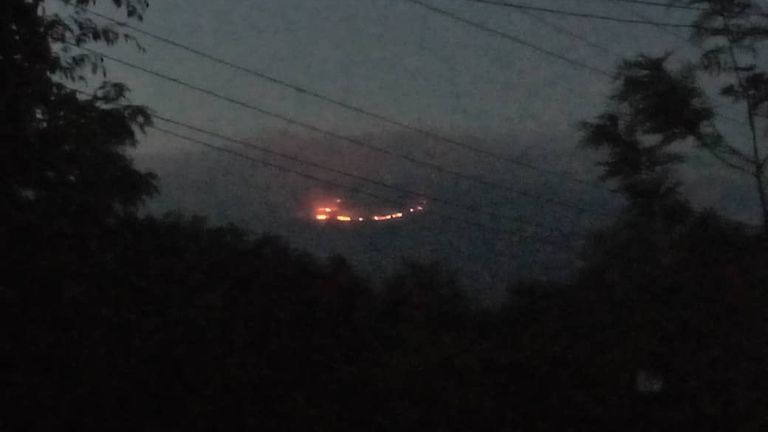 Firefighters are trying to contain a blaze which broke out on Mount Kilimanjaro, according to local authorities.

Tanzania’s National Parks service (TANAPA) has said: “The fire is still going on and firefighters from TANAPA, other government institutions and locals are continuing with the efforts to contain it.”

Efforts first began when the fire broke out in the late afternoon on Sunday.

TANAPA tweeted a photo which appeared to show the the mountain with numerous pockets of flames burning on it.

Local media reported that communities living nearby attempted to put the fire out, but the altitude of where the flames broke out made this difficult.

It has also been said that the flames could be seen from Moshi town, which is around 19 miles (30km) away from the mountain and known as a gateway to Kilimanjaro National Park.

The cause of the fire has not been established.

Mount Kilimanjaro is the tallest peak in Africa, and the highest single free-standing mountain in the world, at nearly 6,000m (20,000ft) above sea level.

Temporary Nightingale hospitals in Manchester, Sunderland and Harrogate are being told to get ready to take patients – as Covid-19 cases spike..

He said: “To protect our staff and our patients we will be introducing – with tests provided by the Test and Trace service – regular testing for staff in these high-risk areas, even when they don’t have symptoms.

“This will help us keep staff and patients in those hospitals as safe as possible.

“Secondly, we have asked the Nightingale hospitals in Manchester, Sunderland and Harrogate to prepare for this next phase.

“They are being asked to mobilise over the next few weeks to be ready to accept patients if necessary.”

It will be for local clinicians to decide whether they are used for Covid patients or to provide extra capacity to maintain services for people without coronavirus.

The news came as medical experts warned that hospital deaths from coronavirus will rise in the coming weeks as cases soared.

Professor Jonathan Van-Tam set out the grim data in a Downing Street briefing, which revealed the virus was spreading most rapidly amongst young people.

He said there had been a “marked pick-up” in cases after a “flat” summer – and the lag between cases being identified and patients being admitted to hospital or dying mean hospital deaths will rise in the coming weeks.

“The hospital admissions we have now actually relate to a time when there fewer cases of Covid-19,” he said.

Professor van Tam warned at the weekend that the country was once again at a “tipping point” in its fight with the virus.

It comes as Boris Johnson was due to reveal a new “three tier” lockdown system for England, with tougher restrictions for areas with higher rates of coronavirus.

The Prime Minister will set out plans for areas to be labelled as medium, high or very high risk in a statement to MPs, followed by a TV press conference.

Merseyside is expected to be put under the toughest “Tier 3” controls, where pubs and restaurants could be shuttered.

The Chinese city of Qingdao is testing its entire population of nine million people for Covid-19 over a period of five days.

The mass testing comes after the discovery of a dozen cases linked to a hospital treating coronavirus patients arriving from abroad.

In May, China tested the entire city of Wuhan – home to 11 million people and the epicentre of the global pandemic.

The country has largely brought the virus under control.

That is in stark contrast to other parts of the world, where there are still high case numbers and lockdown restrictions of varying severity.

All the cases were linked to the same hospital, said the state-run Global Times.

The Chinese authorities now have a strategy of mass testing even when a new coronavirus cluster appears to be relatively minor, correspondents say.

The National Health Commission said on Monday that “the whole city will be tested within five days”.

Videos circulating online showed residents lining up late on Sunday to get tested, said the Global Times, adding that some of these test points were open from 07:00 to 23:00.

The new cases come a week after China’s Golden Week holiday – which saw millions travel across the country.

A Global Times report quoting the Qingdao Municipal Bureau of Culture and Tourism said the coastal city had received 4.47 million passenger trips over this period.

The nearby city of Jinan, in the same province as Qingdao, called for anyone who had visited the city since 23 September to get tested, according to a report by The Paper.

Earlier last month, Qingdao announced that two port workers who handled imported seafood had tested positive. They were not known to have infected anyone else.

Daily coronavirus infections have fallen drastically in China, and for the most part the country appears to have recovered from the worst.

China currently has 91,305 virus cases and the death toll stands at 4,746, according to WHO data.

China said 11 million people in the city had been tested in 10 days earlier this year.

The BBC’s Reality Check estimated the figure was closer to 9 million, but still a significant number of people.

Hundreds of testing centres were opened, with thousands of staff involved.

They also mobilised teams to test disabled people, the elderly and those vulnerable in their own homes.

One of the ways they sped up the process was to use batch- or pool-testing.

In this process, a batch of between five and 10 samples was tested. Only if a sample tested positive would the team go back to carry out individual tests to see who was positive within the batch.

On Friday night, a diesel tank exploded inside a building in Beirut, and four people were killed and several others were injured.

Barely three months after about 17 people were feared killed in a tanker explosion at a collapsed portion of the Benin-Sapele Highway, a similar disaster occurred on the same highway on Saturday evening when a gas truck fell into a ditch and burst into flames.

The incident occurred while the truck was manoeuvring potholes on the bad portion of the road at Ugbenu axis, in the Ethiope West Local Government Area of Delta State.

The gravity of the accident could not be ascertained as of the time of filing this report.

Our correspondent, however, gathered that firefighters from the Delta Fire Service have been drafted to the scene of the incident.

Motorists and travellers plying the highway have always lamented the deplorable condition of the road.

Several road users and travellers were always compelled to spend over three hours on a spot, particularly at the Amukpe-Sapele section, as heavy-duty trucks got stuck at some of the failed portions of the highway.