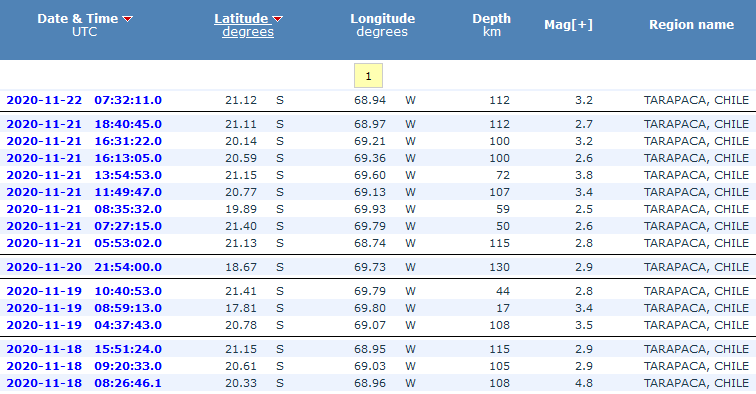 A THIRD wave of the coronavirus could hit Europe early next year if government leaders fail to take action to stem the invisible killer disease, a World Health Organisation (WHO) special COVID-19 envoy has predicted.

The WHO’s David Nabarro issued the gloomy warning, saying a third wave of the coronavirus, which has killed 1.39 million people worldwide, could strike again if governments repeat what he said was a failure to do what was needed to prevent the second wave of infections. He said Europe had “missed an opportunity” to get the first wave and then the second wave under control due to an “incomplete” response to the disease.

In an interview with Swiss newspapers, he said: “They missed building up the necessary infrastructure during the summer months after they brought the first wave under the control.

“Now we have the second wave. If they don’t build the necessary infrastructure, we’ll have a third wave early next year.”

Europe briefly enjoyed sinking infection rates that are now surging again with countries, including the UK, in nationwide lockdowns to stem the virus.

Germany and France on Saturday saw cases rise by 33,000 combined, Switzerland and Austria have thousands of cases daily, while Turkey reported a record 5,532 new infections.

Mr Nabarro singled out Switzerland’s move to allow skiing – with masks required in gondolas – as other Alpine nations like Austria have shuttered resorts.

He warned Switzerland could reach a “very high level of sicknesses and deaths”.

The WHO expert told the Solothurner Zeitung: “Once the infection rates sink, and they will sink, then we can be as free as we want.

”But right now? Should ski resorts open? Under what conditions?”

Mr Nabarro also lauded the response of Asian countries like South Korea, where infections are now relatively low, adding: “People are fully engaged, they take on behaviours that make it difficult for the virus.

“They keep their distance, wear masks, isolate when they’re sick, wash hands and surfaces. They protect the most endangered groups.”

He said Asia did not relax restrictions prematurely.

Mr Nabarro added: ”You must wait until case numbers are low and stay low. Europe’s reaction was incomplete.”

His shocking warning comes despite hopes for life to go back to normal following news of two new vaccines.

Britain is on track to make COVID-19 vaccines widely available by next spring after the shot developed by Oxford University and AstraZeneca was up to 90 percent effective in trials.

Andrew Pollard, director of the Oxford University vaccine group that developed the drug, hailed an “exciting day” and added: “This means we have a vaccine for the world”.

The vaccine was 90 percent effective in preventing COVID-19 when it was administered as a half dose followed by a full dose at least a month later, according to data from late-stage trials in Britain and Brazil. No serious safety events were confirmed, the company said.

Meanwhile, the US Food and Drug Administration has signalled it is likely to approve in mid-December the distribution of the vaccine made by Pfizer Inc and German partner BioNTech. Some 25 people from four families in Kampung Laut in Skudai here were displaced following a flash flood.

Skudai Fire and Rescue Department operations commander Faisal Ismail said that they received a call about the flood at about 4.59pm on Sunday (Nov 22) and deployed 11 personnel with one Fire Rescue Tender (FRT) and one Emergency Medical Rescue Service (EMRS) vehicles.

“The water was about 30cm deep when we arrived. We advised residents to move to a temporary shelter as the water level was still rising.

“We were able to move 25 victims to the temporary relief shelter (PPS) at SK Skudai with the help of the Civil Defence Force (APM) and the Welfare Department, ” he said in a statement.

Meanwhile, the Johor Baru Civil Defence Force (APM) district disaster management committee secretariat said the number of victims placed at the SK Kampung Pasir PPS had since reduced from 144 in the morning to nine people as at 5pm on Sunday (Nov 22).

The APM added that a shelter previously opened for flood victims in Pontian had been closed after water levels returned to normal.

Earlier, Johor health and environment committee chairman R. Vidyananthan said that some 155 people from 40 families had been evacuated from their homes to two shelters due to floods in two districts in the state.

He said that the two districts affected by floods were Johor Baru with 144 victims and Pontian with 11 victims.

The strongest tropical cyclone ever measured in the northern Indian Ocean has made landfall in eastern Africa, where it is poised to drop two years’ worth of rain in the next two days.

Tropical Cyclone Gati made landfall in Somalia on Sunday with sustained winds of around 105 mph. It’s the first recorded instance of a hurricane-strength system hitting the country. At one point before landfall, Gati’s winds were measured at 115 mph.

“Gati is the strongest tropical cyclone that has been recorded in this region of the globe; further south than any category 3-equivalent cyclone in the North Indian Ocean,” said Sam Lillo, a researcher with the National Oceanic and Atmospheric Administration’s Physical Sciences Laboratory.

Its intensification from about 40 mph to 115 mph was “the largest 12-hour increase on record for a tropical cyclone in the Indian Ocean,” Lillo added.

One reason Gati intensified so quickly is because the size of the cyclone itself is quite small, Lillo said. The warm water in the area coupled with low wind shear also contributed to the rapid strengthening, Accuweather reported.

And those storms are leading to a lot more rain. Northern Somalia usually gets about 4 inches of rain per year; data from the National Oceanic and Atmospheric Administration show Gati could bring 8 inches over the next two days — “two years worth of rainfall in just two days,” Holthaus said. Some isolated areas could see even more than that.

A United Nations alert warned the storm posed an immediate threat to the marine shipping lane that links Somalia and the Gulf states.

Gati is much more intense than the previous strongest storm to hit Somalia — a 2018 cyclone that brought winds of 60 mph.

Wild winds have torn through a new housing estate in Ballarat.

The wild weather whipped through Alfredton at about 5.30am.

Peter, whose house was seriously damaged, said “it’s like a bit of a war zone” in his street this morning.

“It was just like a jet … on your roof starting up your motor.”

He says three large sheets of his roof have been blown more than 100 metres down the road.

Parts of somebody else’s shed have blown into his front and backyard, and fences have been destroyed.

Up to 20 houses in the “brand new housing area” may have been damaged.