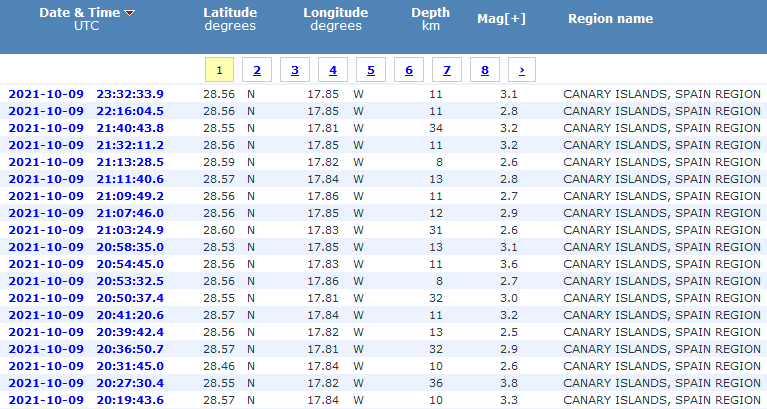 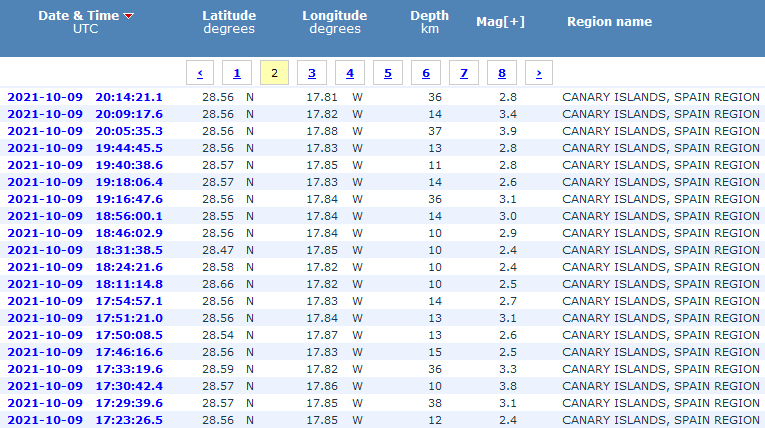 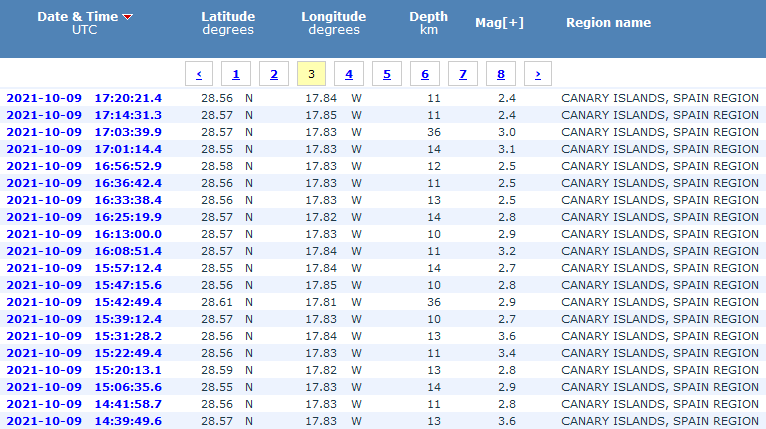 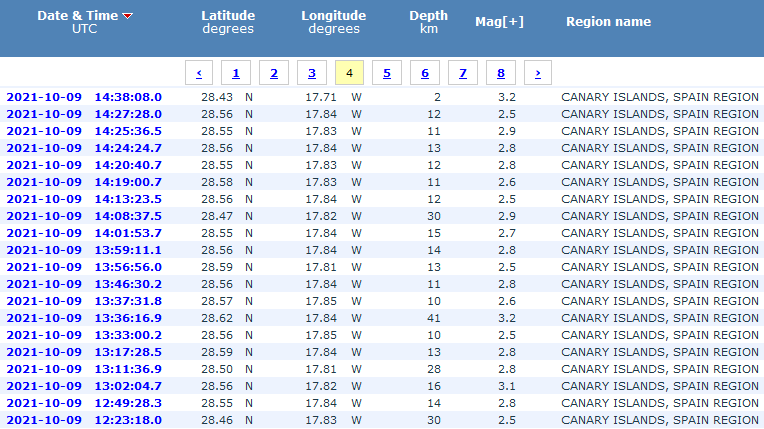 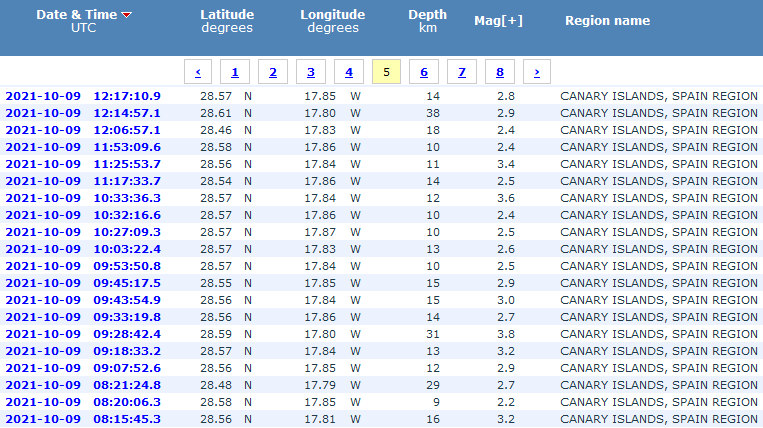 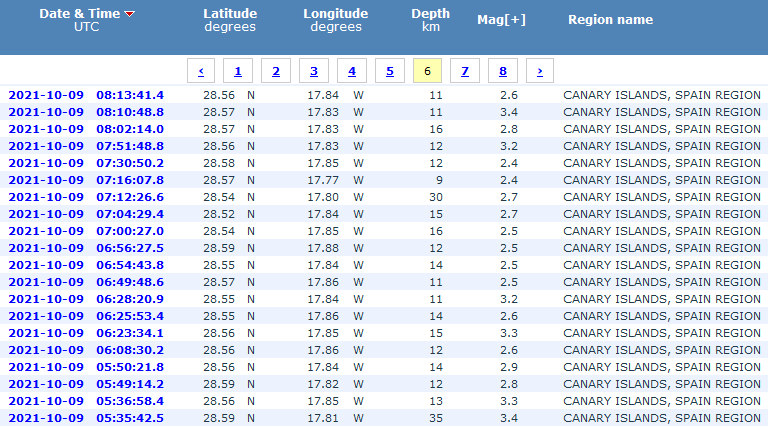 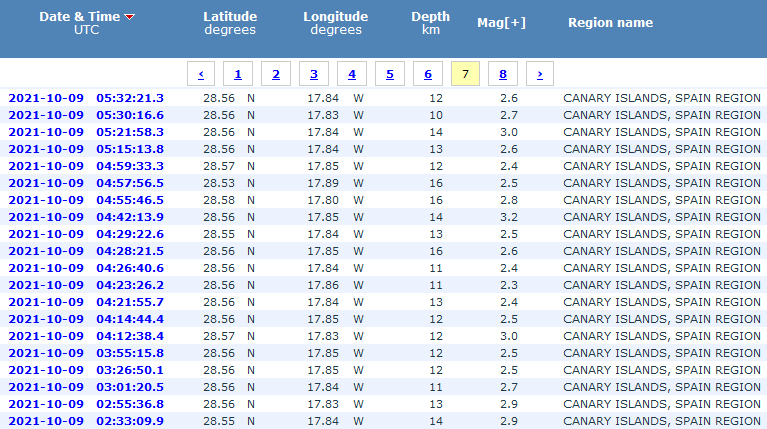 CME TO STRIKE THE WEAK MAGNETOSPHERE ON 11th OCTOBER 2021

CME TO STRIKE THE WEAK MAGNETOSPHERE ON 11th OCTOBER 2021

IN THESE DAYS OF “CATASTROPHIC GLOBAL WARMING,” THE SOUTH POLE JUST SUFFERED ITS COLDEST ‘WINTER’ IN RECORDED HISTORY 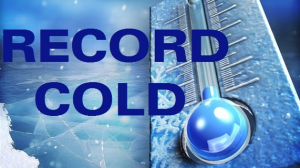 Contrary to the MSM’s agenda-driven narrative, the South Pole has been suffering unprecedented cold this year.

Between the months of April and September, the South Pole averaged a temperature of -61.1C (-78F).

Simply put, this was the region’s coldest 6-month spell ever recorded, and it comfortably usurped the previous coldest ‘coreless winter‘ on record — the -60.6C (-77F) set back in 1976 (solar minimum of weak cycle 20).

This incredible and AGW-destroying reality is confirmed by Antarctica climatology journalist Stefano Di Battista who has closely watched and published research on Antarctic temperatures for many years:

Battista also points out that for June, July, August and September the average temperature for each of these month finished-up below -60C (-76F) — a phenomenon that has occurred on just 3 previous occasions: in 1971, 1975 and 1978.

It has long been proposed that this upcoming bout of low solar activity (Grand Solar Minimum) will commence with a return to the historically cold winters of the 1970s — and here we are. Unfortunately, it’s only downhill from here:

“From 1650 to 1710, temperatures across much of the Northern Hemisphere plunged when the Sun entered a quiet phase now called the Maunder Minimum” — NASA.

A similar story is playing out at the North Pole, too.

The natural and slight warming trend observed over the past few decades is over: climate is cyclic, never linear, and trends change. And in line with this returning chill, Arctic Sea Ice is also on a sharp uptick this year.

It is a divisive, terrifying theory–and one they have the gall to blame entirely on us humans (which in itself is absurd).

AGW is ideal for advancing their overarching Great Reset agenda, which includes depopulation. They are breeding a culture of fear within the general public in order to achieve political goals via emotional bias.

Our children being the most susceptible to this kind of game-playing is no accident. But for all you adults still being manipulated by this ‘button-pressing’, the data is readily available for you to thoroughly evaluate. To ignore facts and logic, and to instead blindly believe the picture painted by those with vested interests shows a powerful ignorance, and cowardice.

How is it that a person can on the one hand harbor a distrust for politicians/politics, yet on the other unquestioningly believe what governmental bodies/scientists are telling them? How can it be widely accepted that governments are lobbied by powerful multinational corporations, yet when it comes to questions around the efficacy or even the need for a vaccine –for example– we all shut up?

There are powerful silencing tactics at play, driven by fear.

Added to that, most people have mastered the art of cognitive dissonance.

But it stands, asking pertinent questions is NOT the same as pushing mindless conspiracy theories. There are far too many coincidences for current events to be legit. The world is slowly waking up to their intentions — but as punishment, we’re now under their thumb more than ever. As the Chinese Communist Party is currently demonstrating, maintaining power is all that matters — power takes precedence over the health of the economy and the ‘happiness’ of the people, because once you have an authoritarian grip on the 80%, it’s game over for EVERYONE.