Naval vessels and aircraft are conducting rescue efforts off Sri Lankan coast after a very large crude carrier (VLCC) chartered by the Indian Oil Corp (IOC) caught fire. The fully loaded vessel, identified as New Diamond, was on its way to Paradip from Mina Al Ahmadi in Kuwait when the incident took place.

According to Srilankan navy officials, the ship is ablaze about 20 nautical miles off the east coast of the country close to Colombo. “The Sri Lanka air force has scrambled an observation aircraft and the navy has sent in two ships to help with rescue efforts,” Commander Ranjith Rajapaksa of the Sri Lankan navy said.

Various reports claimed that Sri Lanka’s Marine Protection Authority assured steps will be taken to prevent any possible oil leak from the tanker which is carrying 270,000 tonnes of oil.

There is yet to be any comments from the part of IOC or Kuwait Petroleum Corp regarding the incident.

Hong Kong’s health department said that 30 crew members of the World Dream cruise liner, which carried 1,800 people, have symptoms of coronavirus, including fever. Everyone on board is currently being tested for the disease.

It is unclear when the crew and passengers will be allowed to leave the ship.

The liner arrived in Hong Kong on Wednesday after it was denied entry to Taiwan’s port of Kaohsiung the previous day.

Taiwan’s Maritime and Port Bureau said no one was allowed ashore, after the vessel alerted the authorities that three of its previous passengers had been diagnosed with coronavirus. The passengers in question took a separate five-day cruise from China to Vietnam in late January and were hospitalized after returning to the Chinese city of Nansha.

More than 24,500 people worldwide have been infected with the previously-unknown type of coronavirus, after the outbreak in the city of Wuhan in China’s central Hubei Province in late December. A total of 492 people have died, with all but two deaths occurring in mainland China. One person died in Hong Kong, and one in the Philippines. So far, 911 patients have recovered. 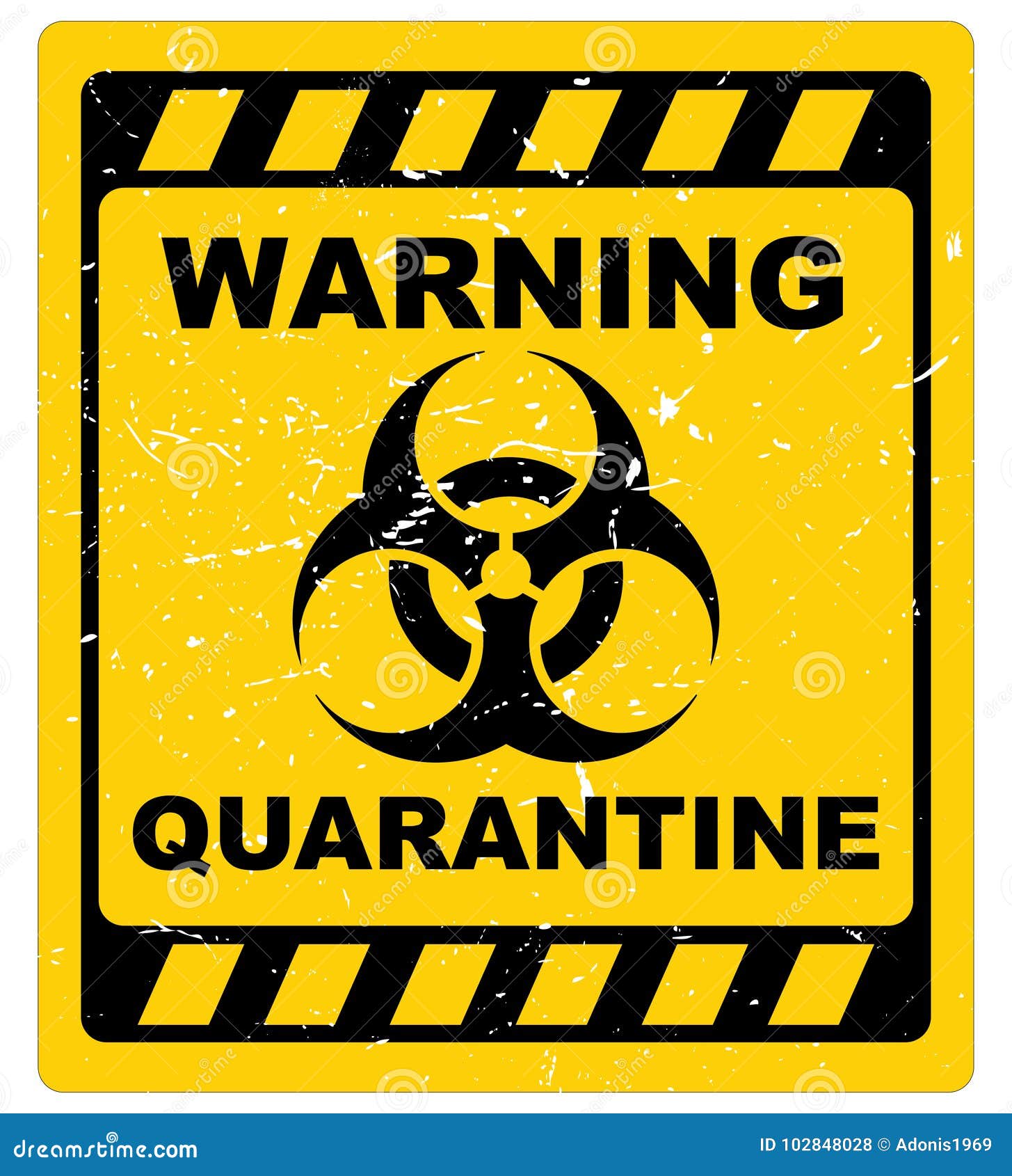 PASSENGERS on a cruise ship carrying two suspected coronavirus patients have been ordered to stay aboard the vessel after it docked at an Italian port. A number of British holidaymakers are believed to be among those stranded.

The Coast Smeralda was placed on lockdown in the port of Civitavecchia when its captain told the harbourmaster and coast guard chiefs a husband and wife from Hong Kong were being held in isolation in the on-board hospital with flu-like symptoms such as high temperatures and breathing difficulties. Around 6,000 fellow passengers plus 1,000 crew members have been refused permission to leave ship.

Lazio Coast Guard’s maritime director Vincenzo Leone said: “We are waiting to know the outcome of the checks still in progress, but everything that needed to be done has been done.

“The situation is under control and at the moment there is no reason for concern on board.

“We immediately activated the maritime health protocol envisaged in these cases.”

Doctors from the Spallanzani hospital in Rome have boarded the ship to carry out some tests on the couple who joined the cruise at Savona a few days ago after arriving in Italy at Malpensa on January 25.

The towering cruise liner sailed into Civitavecchia, a port city about 50 miles northwest of Rome, after spending the night docked in Palma, Majorca. It has also stopped in Marseille and Barcelona during its voyage around the western Mediterranean.

Police, port authorities and public health officials are all at the dockside awaiting further developments.

Civitavecchia’s mayor Ernesto Tedesco said: “The situation on the suspected case of coronavirus at the port of Civitavecchia is under the careful control of all the bodies involved, including the local authority.

“The health and maritime authorities have immediately taken action and the protocols envisaged are being followed and we will be constantly monitored.”

An Italian passenger named Filippo posted photos of passengers sitting on the floor and in dining or common areas as they waited for updates.

He said: “Meanwhile in Civitavecchia we are stuck in Costa ship without knowing the reason officially.

“People are mostly tired. We are worried because officially on board crew say nothing about. They talk about ‘normal’ controls.

“We don’t know when we’ll disembark the ship.”

Filippo and another passenger, Marina Guerrero, said British citizens are on board the Smeralda.

Ms Guerrero said passengers had been left in the dark.

She said: “We have no information about what is happening. All we know is what has been posted on the internet.

China’s National Health Commission said the total number of deaths from the coronavirus in the country had climbed to 170 and the number of those infected now stood at 7,711.

Almost all the deaths have been in the central province of Hubei, home to about 60 million people and now under virtual lockdown.

The virus emerged last month in a live wild animal market in the provincial capital of Wuhan.

4 Dead as #Storms and #Flooding Hit #Italy and #Greece

Heavy rain caused flash flooding and landslides in Kineta, west of the capital Athens. The Fire Department say they received 47 calls for the Kineta area including 27 rescues. Parts of the surrounding road network were blocked.

Further north, around 6 buildings were damaged after flooding in Katerini in Pieria. The Fire Department also attended flood incidents in areas around ​​Ierissos, Halkidiki and Thassos.

Flooding was also reported on some of the country’s islands, in particular Rhodes on 25 November. One person was found dead in a flooded building, 6 people were rescued and 7 others evacuated. The Fire Department received 190 calls for assistance, mainly for the areas in the north of the island including Ialyssos, Kremasti and the city of Rhodes. Greek Civil Protection have since declared a state of emergency for the island.

Italy
In Italy, part of a motorway viaduct near Savona in Liguria Region was washed away by a landslide and flood waters. The rain has caused numerous other landslides across the region, prompting around 100 evacuations.

In Piedmont Region, one person died after a vehicle was swept away by flood waters from the overflowing Bormida River in Sezzadio Municipality, Alessandria Province. Two others survived. Around 200 people were evacuated after flooding in the province, with around 160 others were left isolated.

In the Lombardy Region, the River Ticino burst its banks causing flooding in the of Pavia, prompting flood rescues.

Heavy snowfall and avalanches have also caused major problems in the north of the country. Around 500 people were evacuated in the Aosta Valley Region.

Meanwhile Venice has suffered yet further flooding from high tides, known as acqua alta. Peak tide level reached 1.3 metres on 24 November, prompting authorities to close some buildings. The city has been regularly flooded by high tides since mid-November.

Severe weather has affected wide areas of Italy since 11 November has caused the worst flooding in 50 years in southern regions.

Widespread damage was reported to boats and buildings. Venice Mayor Luigi Brugnaro estimated that the costs will run into several hundred million euros. Local authorities called for state of emergency

Firefighters carried out over 400 interventions in electrical fields. Several people were rescued by the Coast Guard. Local media have blamed 2 deaths on the severe weather. Both fatalities occurred on the island of Pellestrina.

Firefighters and rescue teams carried out 280 interventions in South Tyrol (South Tyrol) after strong winds and heavy snowfall of 40cm. As many as 15,000 people were left without power. Some flooding was reported in the city of Bolzano.