Greece slammed by heavy snowstorm, shutting down schools and roads

Much of the South experienced snowfall overnight causing several state highways to close as severe gales look set to follow.

Wind would continue today with the potential for severe gales, but the weather should begin to clear tomorrow, forecasters said.

It was expected snow would fall to as low as 100m and the wind would be “bitterly cold”.

Snow settled is suburbs throughout Dunedin last night, including in the Town Belt before it was washed away by rain. Several centimetres of snow is still on the ground in the hill suburbs which contractors are in the process of clearing.

The weather caused disruptions in the South yesterday, with flights affected, and roads and schools closed as the polar blast swept through.

Snow began to fall in parts of Dunedin at 3pm yesterday.

MetService has several severe weather watches and warning still in place for today.

A heavy snow watch is in place for Fiordland south of Charles Sound.

A strong wind watch is in place for most of the South, including North Otago, Dunedin, Clutha, Southland about and south of Mossburn and Stewart Island.

The forecast for Dunedin today is showers, snow to 100m and possible squally thunderstorms before dawn, becoming isolated by afternoon with fine spells. Strong southwest, gale gusting 100 km/h in exposed places at first.

Meanwhile Queenstowners have been advised that if they do not need to drive that they shouldn’t.

The Queenstown District Council advised there was snow throughout the Wakatipu Basin and driving conditions were “extreme”.

The Crown Range Rd remains closed and the Orbus service in the town has been suspended.

Grit trucks are out and snow ploughs are being sent about the region to clear state highways and alpine roads.

If you must drive today, here’s the deal: snow chains, go slow, keep a safe following distance,” the QLDC said.

The Central Otago District Council said only essential travel should be undertaken in the Maniototo & Manuherikia area.

“Snow has fallen here, and freezing temperatures making conditions unfavourable. Crews will be focusing on the townships and sealed roads first.

Areas surrounding Roxburgh, Alexandra and Cromwell townships, especially the higher altitude roads, are heavily affected by snow and travel is not recommended. 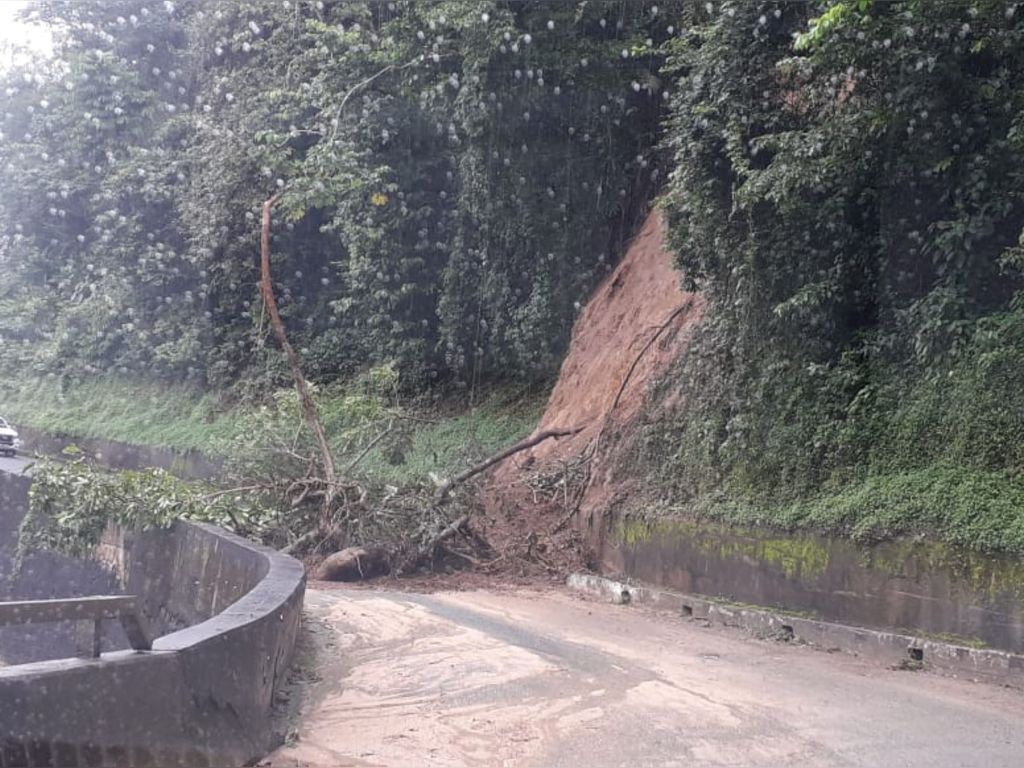 Heavy rainfall has caused two major landslides across Eastern Tobago in the last 24 hours. Officials from the Tobago Emergency Management Agency (TEMA) responded to a landslide in Moriah, known as Big River, on Wednesday.

Another large landslide in Craig Hill occurred on Thursday, rendering the roadway impassable.

TEMA director, Allan Stewart, told Guardian Media that as of late Thursday evening, the roadway at Craig Hall was only open to single-lane traffic with his team on site.

He also asked that people using the Windward roads to be especially mindful as the area is susceptible to landslides, and the soil is saturated due to persistent rainfall.

Radar estimates indicate up to 50 millimetres of rainfall has fallen across the eastern half of Tobago over the last 18 hours.

With additional rains anticipated, there is an elevated risk of landslides and street or flash flooding in the area.

This rainfall is due to a low-level trough affecting T&T, which has produced flooding across Penal, Debe, Barrackpore, Manzanilla, and Diego Martin in Trinidad.

Thunderstorms and torrential hail hit the popular tourist island of Crete of Tuesday as a storm swept through southern areas of Greece in the early hours.

People in Heraklion and Chania, the island’s biggest cities, woke to the sounds of the pounding rain after midnight. Greek media showed images of a main motorway on the island blanketed white by a heavy coating of hail and workers shovelling piled up hail from streets in the coastal town of Malia.

Police have not reported any serious damage from the storm.

Greece’s weather service said the storms and hail on Crete would continue throughout the day and might also hit the southern part of the Peloponnese peninsula. 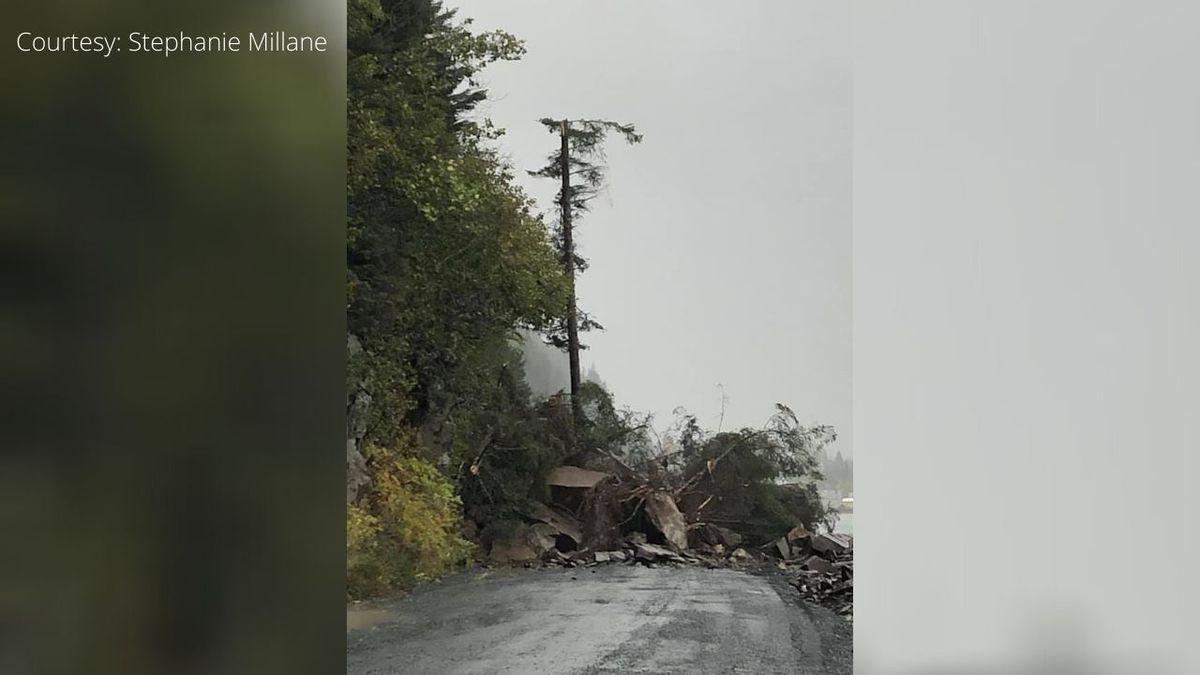 A substantial landslide on Lowell Point Road continues to block both lanes of traffic and is not expected to be cleared for a few more days.

A community alert about the landslide was sent by the Seward Police Department just before 3 p.m. Wednesday, warning that the road would be closed until further notice.

Ballou said there have been a few small landslides in the area over the past few days that were able to be cleared quickly, but Wednesday’s landslide was bigger and prevented the Lowell Point community from accessing Seward on the road system.

Ballou said people from Miller’s Landing, a recreation and lodging business in the area, were able to run a water taxi Wednesday afternoon to shuttle people between the communities. On Thursday, Ballou suggested the water taxi was still available.

Crews are also working on keeping the outfall area of the Lowell Creek Diversion Tunnel near Lowell Canyon Road cleared. The waterfall is currently under control, but the city is monitoring the situation.

Ballou said a couple of the rocks that fell in the landslide were so large that equipment could not lift them. She said the city hopes those rocks can be rolled over enough times and dropped in the water to clear the road.