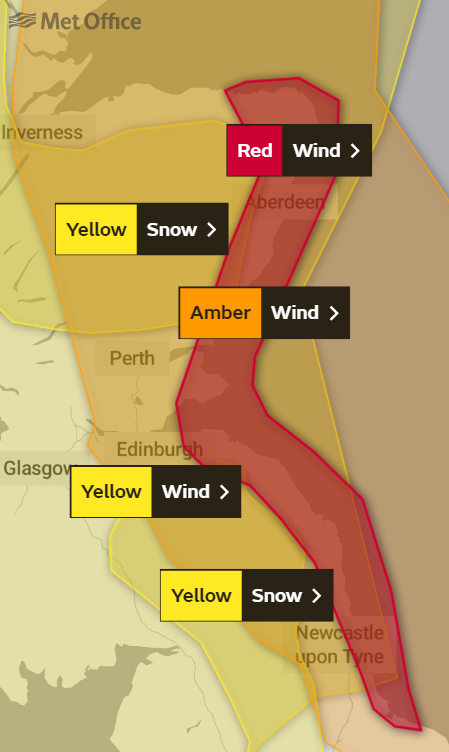 THAMES BARRIER HAS BEEN ACTIVATED DUE TO A VERY HIGH SURGE ALONG THE RIVER THAMES, LONDON, UK

***ALERT***
THAMES BARRIER HAS BEEN ACTIVATED DUE TO A VERY HIGH SURGE ALONG THE RIVER THAMES IN ORDER TO PROTECT COMMUNITIES AROUND TEDDINGTON, LONDON, UK

The strongest tropical cyclone ever measured in the northern Indian Ocean has made landfall in eastern Africa, where it is poised to drop two years’ worth of rain in the next two days.

Tropical Cyclone Gati made landfall in Somalia on Sunday with sustained winds of around 105 mph. It’s the first recorded instance of a hurricane-strength system hitting the country. At one point before landfall, Gati’s winds were measured at 115 mph.

“Gati is the strongest tropical cyclone that has been recorded in this region of the globe; further south than any category 3-equivalent cyclone in the North Indian Ocean,” said Sam Lillo, a researcher with the National Oceanic and Atmospheric Administration’s Physical Sciences Laboratory.

Its intensification from about 40 mph to 115 mph was “the largest 12-hour increase on record for a tropical cyclone in the Indian Ocean,” Lillo added.

One reason Gati intensified so quickly is because the size of the cyclone itself is quite small, Lillo said. The warm water in the area coupled with low wind shear also contributed to the rapid strengthening, Accuweather reported.

And those storms are leading to a lot more rain. Northern Somalia usually gets about 4 inches of rain per year; data from the National Oceanic and Atmospheric Administration show Gati could bring 8 inches over the next two days — “two years worth of rainfall in just two days,” Holthaus said. Some isolated areas could see even more than that.

A United Nations alert warned the storm posed an immediate threat to the marine shipping lane that links Somalia and the Gulf states.

Gati is much more intense than the previous strongest storm to hit Somalia — a 2018 cyclone that brought winds of 60 mph.

Typhoon Vamco has made landfall in Vietnam after leaving 67 dead in the Philippines, making it that country’s deadliest storm this year.

Packing winds of up to 150 kph (93 mph), Vamco hit Vietnam’s coast roughly 100km (62 miles) northwest of Da Nang Sunday local time, according to CNN Weather. Although the storm is weakening and will continue to do so as it moves inland, there is still a threat of flooding and landslides.

“This is a very strong typhoon,” said Prime Minister Nguyen Xuan Phuc, before the storm hit as he warned provinces in Vamco’s projected path to prepare for its impact.

The provinces planned to evacuate 468,000 people by the end of Saturday, according to state media citing the government’s disaster management authority.

Vietnam is prone to destructive storms and flooding due to its long coastline. Vamco is the 13th storm to hit the Southeast Asian country this year, where more than 160 people have been killed in natural disasters triggered by a series of storms since early October.

“There has been no respite for more than eight million people living in central Vietnam,” said Nguyen Thi Xuan Thu, president of the Vietnam Red Cross Society. “Each time they start rebuilding their lives and livelihoods, they are pummeled by yet another storm.”

In the Philippines, coast guard and disaster agencies scrambled on Saturday to rescue thousands in a northern province after the 21st cyclone to hit the Philippines this year tore through the main island of Luzon late on Wednesday and early Thursday.

On Sunday, 21 people were injured and 12 were missing.

More than 25,000 houses have been damaged and $9.7 million (469.7 million Philippine peso) worth of infrastructure has been destroyed, National Disaster Risk Reduction and Management Council spokesman Mark Timbal said Sunday. Another $24.7 million worth of agriculture has been damaged by the flooding and landslides caused by heavy rainfall and strong winds brought by Typhoon Vamco.

Thick mud and debris coated many villages around the Philippine capital on Friday after a typhoon killed at least 42 people and caused extensive flooding that sent people fleeing to their roofs, officials said.

Troops, police, coast guard and disaster-response teams rescued tens of thousands of people, including many who flooded radio and TV networks and social media with desperate pleas for help.

Floodwaters receded and the weather cleared in many areas after Typhoon Vamco blew out into the South China Sea on Friday, but the military said it was still rescuing people trapped in some flooded communities.

“We’ll continue to look for the missing, help in damage assessment,” Gapay said.

The national police reported that the death toll had risen to at least 42 with 20 missing. The government’s main disaster-response agency, which waits for provincial reports and follows a laborious process of verifying casualties, reported a much lower death count, causing confusion.

Among the dead were at least 12 villagers who were dug out from mud and rockslides in the northern provinces of Cagayan and Nueva Vizcaya, police said.

After slamming into northeastern Quezon province, Vamco gained strength with sustained winds of 155 kilometers (96 miles) per hour and gusts of up to 255 kph (158 mph). It blew north of metropolitan Manila overnight Wednesday, toppling trees and power poles, swelling rivers, flooding residential communities and setting off landslides and storm surges.

In hard-hit Marikina city in the capital region and the towns of Rodriguez and Cainta in nearby Rizal province, several villages were inundated by water that reached the second and third floors of many houses, prompting hundreds of residents to flee to their roofs and call TV and radio networks or post desperate messages on social media. The panic was exacerbated by widespread power outages and loss of internet access.

Videos of Marikina showed a thick coat of muddy water covering roads and staining houses and cars. Residents carried appliances and furniture from their homes and used pails and shovels to remove the mud after the water receded.

In a televised meeting of Cabinet and disaster-response officials Friday, a reporter asked where President Rodrigo Duterte was, prompting an annoyed response from his spokesman.

“The president’s whereabouts should not be asked. That’s foolishness coming from the opposition. The president is not missing, he is always with us,” presidential spokesman Harry Roque said, without offering any further details.

More than 400,000 people were evacuated to higher ground before the typhoon hit, mainly residents of vulnerable coastal and low-lying areas.

At least 3.8 million households lost power in the capital and outlying provinces, but crews later restored electricity in many areas. Government offices were closed and most classes were suspended Friday.

Vamco hit the Philippines on the heels of Typhoon Goni, one of the strongest typhoons in the world this year, which left more than 30 people dead or missing and damaged or destroyed 270,000 houses. Tens of thousands of people were still displaced when Vamco hit.

The Philippines is hit by about 20 typhoons and tropical storms each year and also has active seismic faults and volcanoes, making it one of the world’s most disaster-prone countries.