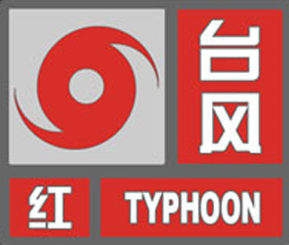 As an intense typhoon batters southern Japan with torrential rain and gales, authorities have ordered millions people to evacuate their homes, according to local reports.

The level 4 alert that prompts the evacuation order for eight million people affects 3.7 million households in parts of the Kyushu, Shikoku and Chugoku regions.

Weather forecasters have warned of strong winds and high waves “like never experienced before”, with the threat of rivers overflowing, high waves, violent winds and landslides.

Typhoon Nanmadol, classified as a super typhoon by the US Navy’s Joint Typhoon Warning Center, has been slowly heading north to the country’s main southern island of Kyushu.

The Japan Meteorological Agency (JMA) said the area faces being deluged by 500mm (20in) of rain and wind gusts of up to 155mph (250kph) on Sunday.

It also warned residents of “unprecedented” levels of powerful winds and waves in some areas, urging them to evacuate early.

Nanmadol is expected to turn east and reach Tokyo on Tuesday before moving out to sea.

In affected areas, thousands of residents have taken shelter at evacuation centres.

Kyushu Electric Power Company said more than 93,000 homes across the island were without electricity on Sunday because of damage to power lines.

Hundreds of domestic flights in and out of the region have been cancelled and more are planned to be grounded in western Japan until Tuesday.

Public transport, including rail services and buses, have also been suspended along with the famous bullet train.

Hundreds of shops have closed in the face of the extreme weather.

100,000 evacuated as Super Typhoon Rai makes landfall in the Philippines Surigae has strengthened to the first super typhoon of 2021 as it edges closer to the Philippines. The Joint Typhoon Warning Center in Honolulu indicated its peak winds had risen to 180 mph, equivalent to a high-end Category 5 hurricane. It is the strongest super typhoon ever observed in the western Pacific during the month of April.

The storm is still projected to remain just offshore the Philippines but is predicted by the Philippine Atmospheric, Geophysical and Astronomical Services Administration (PAGASA) to spread moderate to heavy rains, rough surf and gusty winds, especially to the east coast of the central Philippines, on Sunday into Monday. It is expected to gradually weaken to a Category 4 equivalent storm by late Sunday and Category 3 Monday into Tuesday. 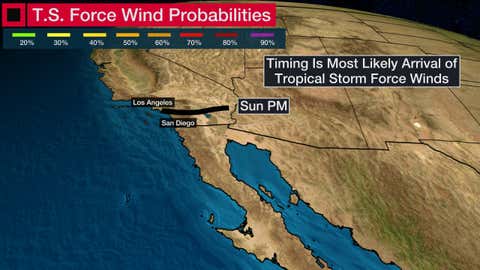 Super Typhoon Goni made landfall with sustained winds of 195 mph in the eastern Phillippines early Sunday. This makes Goni the strongest typhoon to make landfall anywhere on earth since 2013’s Super Typhoon Haiyan, which also made landfall in the Philippines.

Goni is locally known as Rolly in the Philippines.

Catastrophic wind gusts are expected in a small area near the landfall area. Damage may be tornado-like.

Then, Goni is expected to cross the South China Sea while continuing to weaken as it approaches southern Vietnam.

Only a few storms each year reach the equivalent strength of a super typhoon, those with winds of 160 mph or more. Even fewer have ever attained wind speeds as high as 195 mph.

Goni made landfall on the Philippines’ island of Catanduanes with an estimated pressure of 884 mb, which is among the top 15 most intense typhoons in the basin. This pressure would make Goni the second most intense cyclone in the Atlantic if it were in that basin, behind Hurricane Wilma.

This strength has only been tied or surpassed by a handful of storms.

Most recently, Hurricane Patricia in 2015 attained sustained winds of 215 mph off the southwest coast of Mexico.

These winds were directly measured by the Hurricane Hunters while Goni’s winds are so far only estimated by satellite measurements due to the lack of hurricane reconnaissance in the western Pacific Ocean.

Impressively, this extreme landfall intensity occurs in the same part of the same country where Super Typhoon Haiyan made landfall at a similar intensity in 2013. Haiyan caused nearly $2 billion in damages and killed more than 6,300 people.

Nearly 800,000 people were evacuated ahead of Super Typhoon Haiyan.

Comparatively, nearly one million people have evacuated ahead of Goni, which is expected to pass near the country’s most populated cities of Manila and Quezon City.

Manila’s airport also closed, according to their facebook page.

A persistent storm track has taken storm after storm through central Vietnam, and recently the Philippines has gotten involved.

Most recently, in the last week, Typhoon Molave took a very similar storm track across the central Philippines and then central Vietnam, but was considerably weaker in the Philippines.

Molave killed more than 50 people in the two countries, including 16 in the Philippines.

The devastation has been even more widespread in Vietnam, where tropical storms Linfa and Nangka, the remnants of two other tropical systems and Molave moved across the country in October alone.

More than 200 people have died, many of which died in flooding, in Vietnam during the month.

At least one location in central Vietnam received more than 125 inches of rainfall during the month of October.

Behind Goni, another system named Atsani is expected to near the Philippines’ northern island of Luzon by the middle of the week as a typhoon.

Super Typhoon Goni intensifies to category 5 in the Pacific, becoming strongest storm of 2020

Super Typhoon Goni exploded into Earth’s most powerful storm of 2020 as a category 5 storm with 180 mph winds in the waters to the east of the Philippines, at 11 a.m. EDT Friday, October 30. Goni is expected to make landfall on Luzon Island in the Philippines on Sunday as a category 4 storm, and pass very close to the capital of Manila at category 1 strength or stronger.