Dozens of #monkeys dead ‘due to #heatwave’ in #India 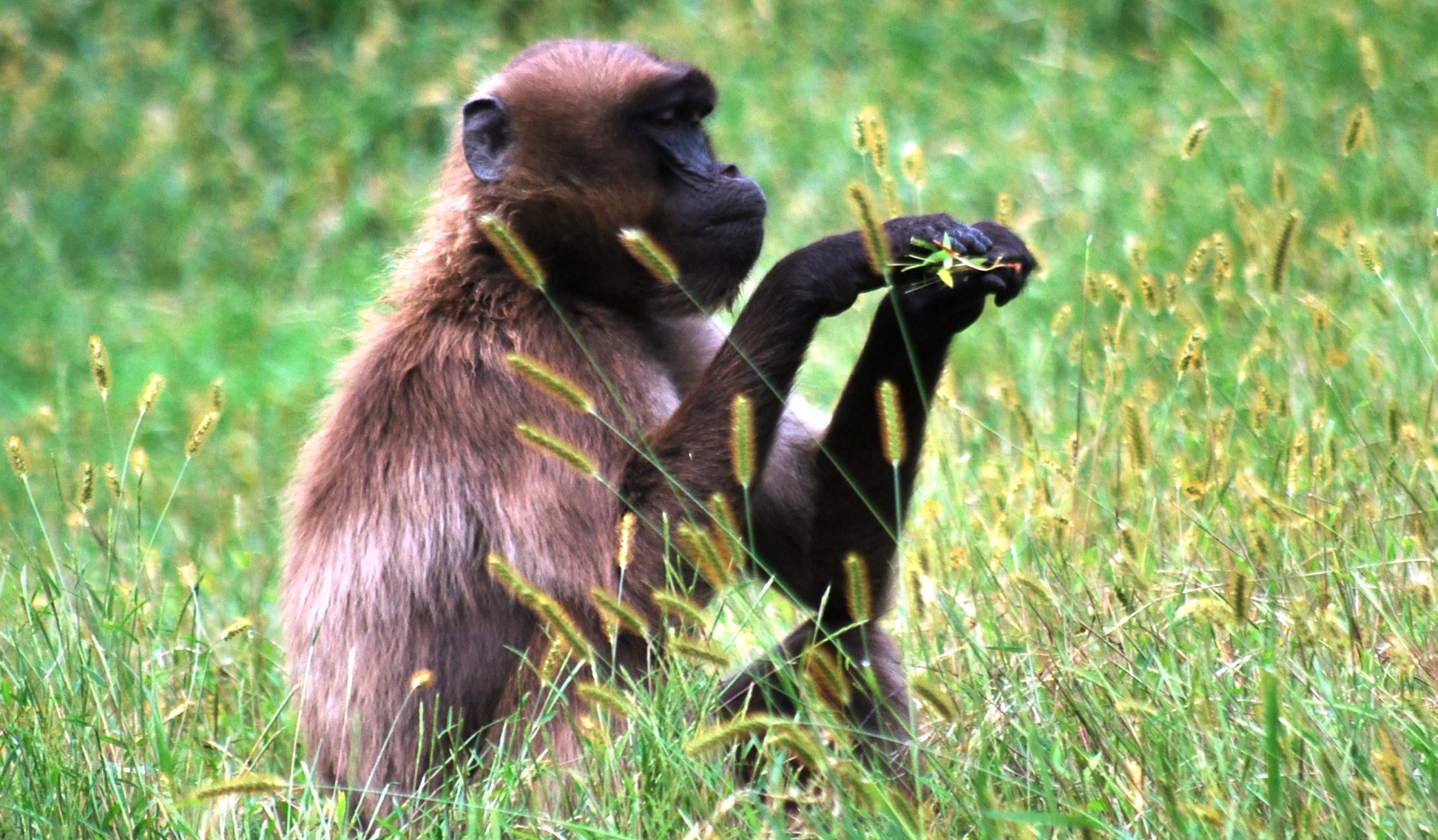 Dozens of monkeys dead ‘due to heatwave’ in India

Dozens of #monkeys #dying due to #heat in #Veracruz, #Mexico 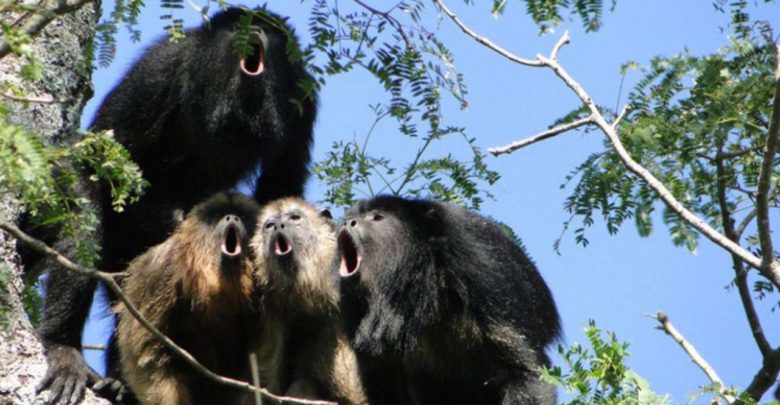 Howler monkeys from Veracruz are found dead due to the heat

More and more species from Mexico and around the world are affected by climate change, these changes in the planet that leads to death.

Just a couple of weeks ago this medium reported that hundreds of birds in the state of San Luis Potosí, were falling dead due to rising temperatures and lack of water.

Well now the affected fauna is the howler monkey from the jungle of Veracruz. At least 10 of these monkeys have been found dead on the branches of trees or among fallen leaves, and that is that temperatures exceeded 40 degrees.

The drought of just over three months in the jungle of southern Veracruz has caused great damage, not only in crops and livestock, but in the life of the habitat.

325 monkeys found dead during the past month in Rio de Janeiro, Brazil

With the outbreak of yellow fever this year, a slaughter of monkeys is underway. In the State of Rio de Janeiro, were found 325 dead monkeys since the 1st of January until this Wednesday (21). Of this total, 53.5 percent were victims of human aggression. In the city of Rio were found 170 dead primates in the period.
According to data released by the Health Department of Rio de Janeiro, throughout last year were found dead animals-602-41% being victims of aggression.
Courtesy of noticias.uol.com.br
http://tiny.cc/2p2bsy
September 12, 2017

400 dead monkeys found in the forests of Espirito Santo, Brazil

In the Atlantic Forest of Espírito Santo, where different species of monkeys lived in a racket, silence remained. The disappearance of the monkeys attracted attention and residents and researchers from the Federal University of Espírito Santo. They found many dead animals in the forest. In one week they counted 400 dead monkeys of endangered species. The suspicion is that they may have been bitten by mosquitoes transmitting yellow fever. The cases of yellow fever in the region began in the East of Minas and arrived in Espírito Santo.
Courtesy of g1.globo.com
http://tinyurl.com/hx2egfn
February 12, 2016

Dozens of monkeys are dying off, ‘a mystery’ in the forests of Nicaragua

Scientists are investigating the mysterious die-off of dozens of monkeys in Central America, including the possibility that they have contracted Zika or another virus that could be passed to humans.
In recent months, around 40 howler monkeys have been found dead or dying in the tropical rainforests of Nicaragua. The animals have all had relatively full stomachs and no obvious signs of trauma. Experts fear there may be many more cases that have not been reported.
“Wild animals die off all the time, but it is really unusual to see this many deaths in such a short time with no apparent reason,” said Kim Williams-Guillen, a conservation Ph.D. who has been researching in Nicaragua’s jungles since 1999. “I have never seen anything like it.”
“These deaths are worth investigating, not just from a conservation standpoint, but from a public health standpoint. It is very important we get to the bottom of this.”
Primates are highly susceptible to mosquito-borne diseases, and outbreaks among them could be a precursor to the spread of disease among humans, although scientists are careful to warn that this leap remains rare.
Complicating the mystery is the fact that howler monkeys are immune to dengue but are highly vulnerable to yellow fever. Yet Nicaragua has been declared free of that disease for years.
What is less clear is how the primates will respond to Zika and chikungunya, both of which are related to yellow fever and have just arrived in the Western Hemisphere in the last couple of years.
Nicaragua has reported 29 cases of Zika so far. Meanwhile, chikungunya has infected more than 100,000 people across Central America since first arriving there in 2014.
Among the numerous unknowns is whether howler monkeys would even exhibit symptoms if they became infected with either virus.
“It is just not something that has been researched yet, how or whether they would affect primates,” adds Williams-Guillen, who is conservation director at Paso Pacifico, an environmental nonprofit working in Central America’s Pacific jungles.
The group is now coordinating with scientists from the University of California, Davis, to come up with a definitive diagnosis for whatever it is that is killing off the monkeys.
In addition to the possibility of a virus, the researchers will also probe other factors that might be at work, including drought and other environmental variables.
The first challenge is to take hair, skin and other samples from a recently deceased animal and then transport it to Davis.
Liliana Cortez Ortiz, a University of Michigan researcher and member of the International Primate Specialist Group of the International Union for the Conservation of Nature, said this kind of unexplained die-off of apparently healthy animals is unusual, but not unprecedented.
“Any instances in which primates are dying from unknown causes is potentially a concern for humans as well,” she added. “We simply don’t know why this is happening and we need to find out.”
Despite their cute appearance and size, typically weighing around 17 to 20 pounds, howler monkeys are actually the loudest land animals on the planet.
That’s because they have large, hard, hollow throats, which they use to project roars that can travel for miles across the jungle. To the untrained ear, they sound more like a big cat than a fluffy monkey.
But now that they are apparently suffering from a mystery disease, they also face a new threat, warns Cortez Ortiz: humans.
“Now that we know they are dying, it is possible that local people may become scared and take matters into their own hands, killing the monkeys deliberately out of fear,” she said.
“It is very important that they message gets out in Nicaragua that that is not the way to handle this, and these monkeys are not a danger to humans.”
Courtesy of pri.org
http://tinyurl.com/zuj8t67
April 3, 2015

More than 70 monkeys have been found dead in different parts of Kheraghar, about 50 km from Agra, in the past three days, with autopsy reports saying the animals were poisoned.
Authorities suspect that someone may have poisoned the animals to control the simian menace.
According to the police, the 31 monkeys that were found dead on Saturday had vomited a green-coloured substance. .
Fourteen monkey bodies were recovered from Sarendhi Bridge. On Thursday, 13 monkeys were found dead near Jhinjhin Pulia.
Local people expressed shock at the cruelty. “It was terrible to see the animals lying with their mouths open, the green substance flowing out. It was hard to tell whether the monkeys died here or elsewhere, and their carcasses brought here,” said Sonu, a cable operator in Kheraghar who informed police about the large number of dead monkeys.
A forest official said, “For so many monkeys to go down in such a short span of time, it must have been poison. They showed symptoms of that – excess salivation, seizures, respiratory distress.”
Sudhir Kumar, inspector at Saiyya police station, said, “For the first time, we have had something like this in this area. It is possible that the monkeys were killed somewhere else and the carcasses disposed of here. It is possible that given the monkey menace in Agra, someone had poisoned them. An FIR has been registered under sections of IPC dealing with cruelty to animals.”
In the last four years, the monkey population in Agra has gone up three times. Since 2012, the project cost for making the city of Taj free of monkeys has nearly doubled. Sources in the district forest office said nearly 25,000 monkeys now roam the city; in 2011, the simian population here was estimated at 9,000. In 2011, the cost of making Agra monkey-free was estimated at Rs 9 crore. Now, the sum has risen to Rs 15 crore.
Courtesy of Times Of India
http://tinyurl.com/puc2b5p