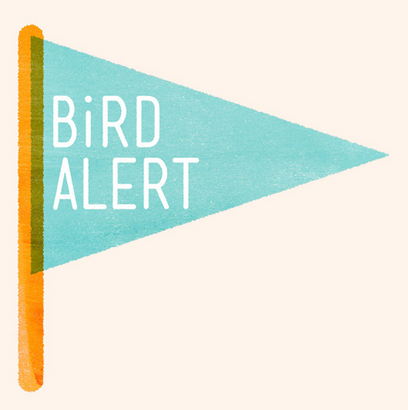 A Lochaber resident has highlighted what she has described as an “environmental health crisis” at Caol Beach after coming across more than 30 dead birds over the course of her 15-minute walk.

Lise Mitchell Noble took to social media to highlight the issue and to warn others living nearby of the carcasses on the shoreline.

She has said she counted at least 30 guillemot as well as razorbills and gulls during her walk and is flagging the find to environmental health and Highland Council over potential contamination on the shoreline.

The birds were discovered along the beach below Caol Post Office heading towards the canal locks at Corpach.

Miss Mitchell Noble said: “Our initial reaction was it may be an issue with contamination.

“It was so alien to see that many birds dead.

“As far as we could tell from an untrained eye, the birds didn’t look unhealthy other than the fact they were dead.

“There is nothing there that raised suspicion. There was no fishing line or no injuries and their bodies looked kind of normal.

“Regardless of what it is, none of those sound particularly positive and I don’t think it is a good thing that there are that many dead birds in such a short stretch.

“Seeing one or two would not be as big a shock but this was just as the tide had changed so they had just come in from sea.

“I have reported this to environmental health and the local council.

“Other people may wish to go for a walk there too, maybe even with young children and dogs so it is about making sure they are safe to do that.

“We were just shocked. We couldn’t believe what was going on. It is quite concerning.

“Your immediate thought is ‘have they been poisoned’, ‘is there contamination somewhere’, ‘is it safe for dogs and young kids to be here’.

“We are hoping for some clarity on what has happened here.”

Something is seriously wrong with the Oslo Fjord and no one seems to fully understand why. Both fish and mussels have been disappearing, while the fjord’s characteristic seabirds known as ærfugl (common eider) have been found dead from Agder in the south to Østfold farther north.

Newspaper Dagsavisen has reported that the dead birds are believed to have simply starved to death. Experts conclude that only one thing is certain: the Oslo Fjord’s ecosystem has come under severe pressure despite massive efforts to clean up sewage and industrial pollution for decades.

Around 240 dead birds had been found as of mid-April. On Sunday, Norwegian Broadcasting (NRK) reported that around 400 have now been found lifeless along the shoreline. Per Espen Fjeld of the conservation agency Statens naturoppsyn (SNO) told Dagsavisen a month ago that he fears the real number is several thousand.

Numerous oil-covered carcasses of birds have recently been discovered on Vestmannaeyjar islands, and no one knows why, Morgunblaðið reports. Yesterday, employees of the South Iceland Nature Research Center went to Heimaey island, the largest of Vestmannaeyjar islands, to assess the situation, where they discovered 27 dead birds at Stafnes, on the northwest part of the island. Most of those were common eiders, while some were common murres (guillemots) and razorbills. Fourteen of those were covered in oil, probably fuel oil.

New Arc rescue centre has been receiving a number of calls regarding guillemots washed up on beaches across the north-east, most of which are dead.

Head of the charity, Keith Findlay is asking people walking along beaches to check on the birds. He said: “This is happening at a time near the start of the breeding season and although the birds are not a rare species, this could have a major impact on their population.”

It’s not certain why exactly so many of the birds have washed on the north-east shores however, Mr Marley said:” The birds that have been coming into us have been quite underweight so it’s presumably food-related.”

Due to lockdown the wildlife charity is relying on people to deliver the injured birds to them.

Mr Marley said: “We are still accepting wildlife casualties, but are having to rely on people delivering to us unless they are birds of prey, swans or any of the mammals likely to endanger members of the public such as foxes, badgers, deer or even squirrels or hares.”

Guillemots which are about the size of a pigeon if found on the beach are easy to catch. Mr Marley said: “They don’t walk very well on land. If people find them, I’d ask them to put a towel over them and bring them to us. If you can get them to us we will go through the isolation process.”

Investigations into what caused scores of seagulls to die on Horowhenua beaches continue, with poison suspected.

About 150 native, black backed gulls were found dead or dying across kilometres of sand on Waikawa and Kuku beaches on Friday.

Trustee and Ōtaki shelter manager for animal charity Huha, Claire Thornton, said a team of its staff raced down to the beaches on Friday after being alerted to the deaths by residents.

She said they found the trail of dead gulls spread north of Kuku Beach, towards Levin.

Hundreds of dead sea #birds washing up, ‘unprecedented’ on beaches in #Sydney, #Australia

Hundreds of dead seabirds washing up on some of Sydney’s most iconic beaches have sparked concern among locals, with experts saying this number of deaths is unprecedented.

Residents in Bondi took to social media this week revealing their shock at discovering scores of dead birds dotted along the famous beach.

One man said he saw “hundreds” over the weekend.

And Bondi wasn’t the only beach to be plagued with corpses, with residents in Collaroy on Sydney’s Northern Beaches and those in Cronulla in Sydney’s south also saying dead bird numbers were far beyond anything they’d seen before.

According to the NSW Office of Environment and Heritage, dead seabirds washing up along the state’s coastline is nothing new for this time of year.

The birds discovered on beaches are shearwaters who are returning from Alaska to islands off the southern coast of Australia to breed.

Due to the gargantuan 14,000km journey, many birds die of exhaustion in an event the Office of Environment and Heritage describes as “an unfortunate but natural occurrence”.

However, there is concern that numbers of dead birds washing up on beaches has risen.

Seabird watchers in Victoria who await the arrival of shearwaters annually raised the alarm in September when thousands of birds failed to arrive despite their normally meticulous travel itinerary. 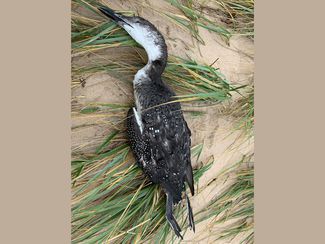 According to the National Park Service, the birds washed ashore on Good Harbor Bay Beach on Thursday and were found by BOT Squad volunteers.

It is likely the deaths were caused by type-E botulism poisoning, according to the NPS.

Park service staff hypothesized that the birds ingested the toxin through a series of links in the food web beginning with aquatic invertebrates that acquire the toxin by living in decaying algae on the bottom of the lake.

Thousands of sea #birds found dead along coast during past 2 months in #Alaska, #USA

In May 2019, the U.S. Fish and Wildlife Service (USFWS) and the National Park Service (NPS) began receiving reports of dead and dying seabirds from the northern Bering and Chukchi seas, including near Bering Land Bridge National Preserve.

From late June to early August, thousands of Short-tailed Shearwaters were reported dead and washing up on beaches in the Bristol Bay region, or observed weak and attempting to feed from salmon gillnets in inland waters. By mid-August, the shearwater die-off had extended north, in smaller numbers but widespread locations, into the northern Bering and Chukchi seas along the coasts of Alaska and the Chukotka Peninsula of Russia. Puffins, murres, and auklets are also being reported, but at much lower numbers than shearwaters. Additionally, live Short-tailed Shearwaters have been observed in large numbers this August in the Gulf of Alaska, along the coasts of Glacier Bay and Kenai Fjords national parks, and bays of Kodiak Island. It is unusual to see this species in high abundance in these areas, as it is typically offshore and comes from the southern hemisphere to forage in the Bering and Chukchi seas during the summer and fall.

Historically, seabird die-offs have occurred occasionally in Alaska; however, large die-off events have occurred each year since 2015. Consistently, dead birds examined from the Bering and Chukchi seas during these recent die-offs were determined to have died due to starvation. Seabird carcasses from the 2019 die-off events were collected from multiple locations and sent to the U.S. Geological Survey (USGS) National Wildlife Health Center for examination and testing. Initial results indicate starvation as the cause of death for most locations. However, in southeast Alaska, exposure to saxitoxin (a biotoxin associated with paralytic shellfish poisoning) was linked in June to a localized die-off of breeding Arctic Terns. Analyses of tissue samples for harmful algal bloom toxins are on-going and results will be shared as they become available. To date there has been no evidence of disease.

Dozens of dead #SeaBirds found on the coast of #Kivalina, #Alaska, #USA

Kivalina residents were greeted with an unwelcome surprise on their beaches last week. People driving four-wheelers along the coast counted dozens of dead seabirds scattered across the ground.

“(They were) both nearby and far away, all down the coastline going south,” said resident Rojo Adams. “We stopped counting at 65.”

The birds didn’t appear to have been shot or killed by people, Adams said.

“There were maybe four or five that had missing feathers from the neck area and maybe two that were partially eaten (or) might have been run over,” she said. “(I’m) not too sure. They were all along the coastline and only a few near the grass line.”

Fellow resident Fran Douglas said she spotted the birds while taking family members back home on a four-wheeler.

“At first I thought, huh, what happened to the birds,” she said. “Then I got alarmed.”

She said she counted about 20 to 30 medium-sized birds with black backs and white bellies spaced out along the entire beach of the island.

“My intuition tells me there’s probably more past the island,” Douglas said. “(There was) no blood; (it) just seemed to be a mass die-off.”

Hundreds of sea #birds found dead along the coast of #Mendocino, #California, #USA

Starting on Wednesday, May 22, hundreds of Common Murres, an ocean-going bird native to the Pacific Coast from the Channel Islands to the tip of the Aleutians in Alaska, have been reported washed up dead or dying on beaches along a 10-mile stretch of coastline in Mendocino County between Noyo Bay and Seaside Beach.

Local wildlife observers say it’s too early to tell what is causing the die-off.

The Common Murre looks a little like a penguin, but is more closely related to terns or gulls. It spends most of its time in the water. Murres can and do fly, but like penguins, they maneuver best in the water. Normally, the likelihood of a casual beachgoer seeing one ashore is slim.