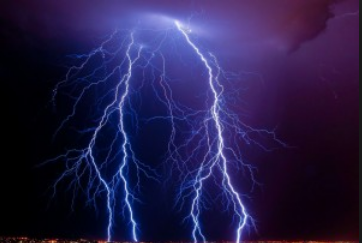 A massive thunderbolt in Nepal’s remote Jumla district on Sunday killed at least 500 sheep grazing in pastures high in the mountains, according to belated reports from the remote mountain region of northwestern Nepal.

The lightning struck during a monsoon storm on 23 August in Masimarema grazing land of Patrasi Rural Municipality and the sheep belonged to Bishnu Buda and Jaya Bahadur Buda of the Bagjalem Community Forest.

Because of the remoteness of the area, villagers have not been able to reach the site yet, said Ward Chair Kali Bahadur Rawat. The high pasture is the traditional grazing ground for the region’s livestock and dairy farmers during the monsoon months.

Jumla’s chief district administrator Tek Bahadur Budathapa said the lightning strike was a major blow to the villagers of Patrasi whose main source of income is their livestock, and the sheep were being readied for sale during the Dasain festival in October.

“The farmers were already hit by the economic crisis caused by the lockdown, and now this has happened, it is going to be difficult for them to survive and the government will do what it can to provide rehabilitation,” Budathapa said.

This is the second worst disaster to hit the district’s animal husbandry in recent years. In 2013, more than 700 sheep were killed in winter blizzards.

With nearly 900 human fatalities in the past ten years, lightning accounts for the highest number of deaths in natural disasters – second only to the 2015 earthquake. Nepal in fact tops the list of countries with the most lightning fatalities per unit area. More people die every year in electric storms in Nepal than in the whole of North America, according to statistics.

Every year, an average of 100 people are killed by thunderbolts, and meteorologists say freak electrical storms are also occurring during unusual times, such as early mornings. Studies have linked the increase in intensity and frequency of thunderstorms to climate change.

Nepal is also the most densely populated mountainous country in the world, and lighting in the mountains are also deadlier because the flashes have to travel less distance. Within Nepal, Makwanpur district south of Kathmandu has the highest death rate from lightning strike with 70 deaths in the past seven years. In the same period, Jumla only had three fatalities from lightning.

A few nomadic families of Bakerwal community, en route seasonal migration towards hilly areas, suffered a major loss on Tuesday after more than a hundred sheep and goats were killed in the lightening and thunderstorms in a village of Rajouri.

Officials told that three nomadic families from Kalakote Tehsil were on their seasonal move; they were spending the night under an open sky in Potha village of Rajouri when the lightning and thunderstorms struck about 2 AM in the intervening night of Monday and Tuesday.

“More than one hundred goat and sheep were killed in the incident triggering loss of lakhs for the poor families.” they said. 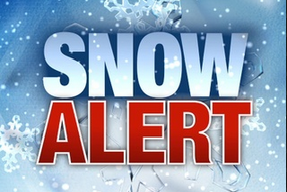 The incident took place in the Chohara region in the Kayath Thatch meadows in Sandashi panchayat.

The shepherds were camping in the open when lightning struck them. They have asked the government to be compensated in some way for the loss.

The state has been experiencing dry weather in most parts while some areas have had thundershowers.

Farmers in Sudi were in great sorrow following the incident. Lightning struck the sheep at Bhujawada pasture land following an incessant rainfall.

Rearing sheep has been a major income source for the farmers of Karnali. Mahabir Rawat, a local of the village said that sheep belonging to Nunilal Rawat, Lal Bahadur Rawat, Jayalal Rawat, Banche Rawat and Dev Bahadur Rawat, were killed in lightning.

Snowfalls and lightning have been causing a huge loss to the sheep farmers for the past few years. In winter last year, hundreds of sheep were killed due to heavy snowfall.

Farmer Banshe Rawat said that his family members were in great trouble after they lost their sheep in the lightning “Sheep farming has remained a major source of income to sustain our livelihood and provide education to the children,” he said.

Dozens of Bighorn #sheep found dead in #California, #USA and experts aren’t sure why.

At least 20 desert bighorn sheep have died in a San Gorgonio mountain population in Southern California, 100 miles east of Los Angeles. The cause of death? Pneumonia, most likely from domestic sheep or goats, though wildlife specialists are examining other possible causes, including pathogens from feral cattle to the west and disease from a different bighorn group to the south.

“Since the beginning of December, I have recovered 20 dead sheep, and I suspect that’s just a portion of what’s occurring,” said Jeffrey Villepique, a wildlife biologist with the California Dept. of Fish and Wildlife inland deserts region who is leading the probe into the deaths.

A known herd of about 200 of the sheep has long lived and grazed in the area, from Mission Creek and Whitewater Canyon up miles of rugged slope to the peak of Mt. San Gorgonio. Villepique and a fellow biologist have been hiking across the hills for the past several weeks, and have seen less than a third of the numbers of live sheep they would expect.

“All it takes is this disease introduction event to potentially wreak havoc on healthy populations,” he said. Notably, all ages are dying, from large rams to lambs. Groups of dead sheep have been found together – while shy of humans and wary of predators, bighorns are extremely gregarious with each other, rubbing noses and foraging on the same grasses. That means the disease can spread rapidly.

“It’s really tragic,” said Jack Thompson, regional director for The Wildlands Conservancy, a nonprofit that manages Whitewater Preserve, near where many of the dead sheep have been found. “The bighorn sheep are such an iconic species for the California desert.”

Thompson said the chance to see “a really amazing animal” is part of what draws visitors to the area. “They have an encounter with it,” he said.” So seeing them die, personally, is really, really sad.”

6,800 livestock dead ‘due to cold’ in Huancavelica, Peru

The number of animals killed by Frost, and crops damaged because of the rains, are not encouraging. The Huancavelica Regional Council room was the setting for the report of this stark reality, and where it was reported that the death of cattle more than 6 thousand 800 animals and more than 3 thousand hectares of farmland affected.

Dead animals. He was the regional director of Agriculture of Huancavelica, Alberto Rondon pots, who began to report these cases during the regular session that took place yesterday the Huancavelica Regional Council.

The official separated by province and animal group losses, being the province of Tayacaja which was more “hit” by the death of cattle that had a balance of 78 cattle.

“This picture is January 2018 the date. In total there are 6 thousand 867 animals that have died due to climate change and the low temperatures. “The loss in monetary terms amounts to 678 thousand 241.50 Suns”, Rondon said.

Damaged crops. On the other hand, Agriculture did her best. According to the registry that manages the DRAH, were 2 thousand 871.5 hectares which were affected by the rains and 776 hectares were lost due to the above mentioned cause, which makes a total of 3 thousand 647 hectares.

Preventive action. Following this report, Rondón explained that he is directing two projects to reduce livestock and crop losses.

“We are currently implementing five projects, three are from continuity. All of them are to improve agricultural production chains. Even there are two projects that we are managing for the prevention of losses,”he added.

“In my province the loss of animals and crops because of the cold and rain is also noticeable. The Regional Government should seek solutions because this not only the producer is affected, but also buy”, said Claudio Torres, Director of Tayacaja.

“As in all province of the Huancavelica region, Angaraes also there were losses in the agricultural sector due to climate change. The director of the DRAH inform us detail at the session “said Alberto Dávila, Director of Angaraes.

According to the agenda of the second regular meeting of June 2018 of the Regional Council of Huancavelica, Alberto Rondon’s report was the fourth point.

Thousands of sheep have been wiped out in the snow storms which have hit Cumbria as farmers are left counting the tragic cost.
While rising temperatures have seen a thaw set in across much of the county, farmers on isolated communities are still desperately trying to feed and rescue buried livestock from deep drifts.
Cumbria was among the counties worst hit after the so-called ‘Beast from the East’ met Storm Emma, causing blizzards and drifting snow that paralysed road networks and shut off farms.
While many dairy farmers have been forced to throw away thousands of litres of milk after snow drifts prevented lorries from accessing farms to collect it, livestock farmers are braced for a spiralling bill for large-scale sheep losses following the recent snowstorms.
“We are talking about thousands of sheep being lost to the snowstorms,” said David Hall, National Farmers’ Union north west regional director. “But many of these sheep will be pregnant ewes, and that has a massive impact on future income for farmers.”
He added the union had been pushing Defra for funding for fallen stock since last Friday. “There’s a lot of work going on behind closed doors to get help for the farming community, and this will continue
The Stobart family, who farm 1,600 acres of moorland at Croglin High Hall, Croglin, near Penrith, have spent the last week frantically digging out hundreds of their sheep caught in snowdrifts several feet high.
“It’s the worst we’ve seen up here. We’ve never known the Helm wind so strong. It’s been horrendous. We have managed to save a lot of our pregnant ewes, but we have 550 on the fells. It’s been good to see the community come together helping out. But we’re seeing heavy losses with more to come,” said James Stobart.
Courtesy of newsandstar.co.uk
https://tinyurl.com/yazfg8lv
« Older Posts