Solar Minimum is Here, and It’s One of the Deepest in a Century – Solar Cycle Update #SolarMinimum #SolarCycle 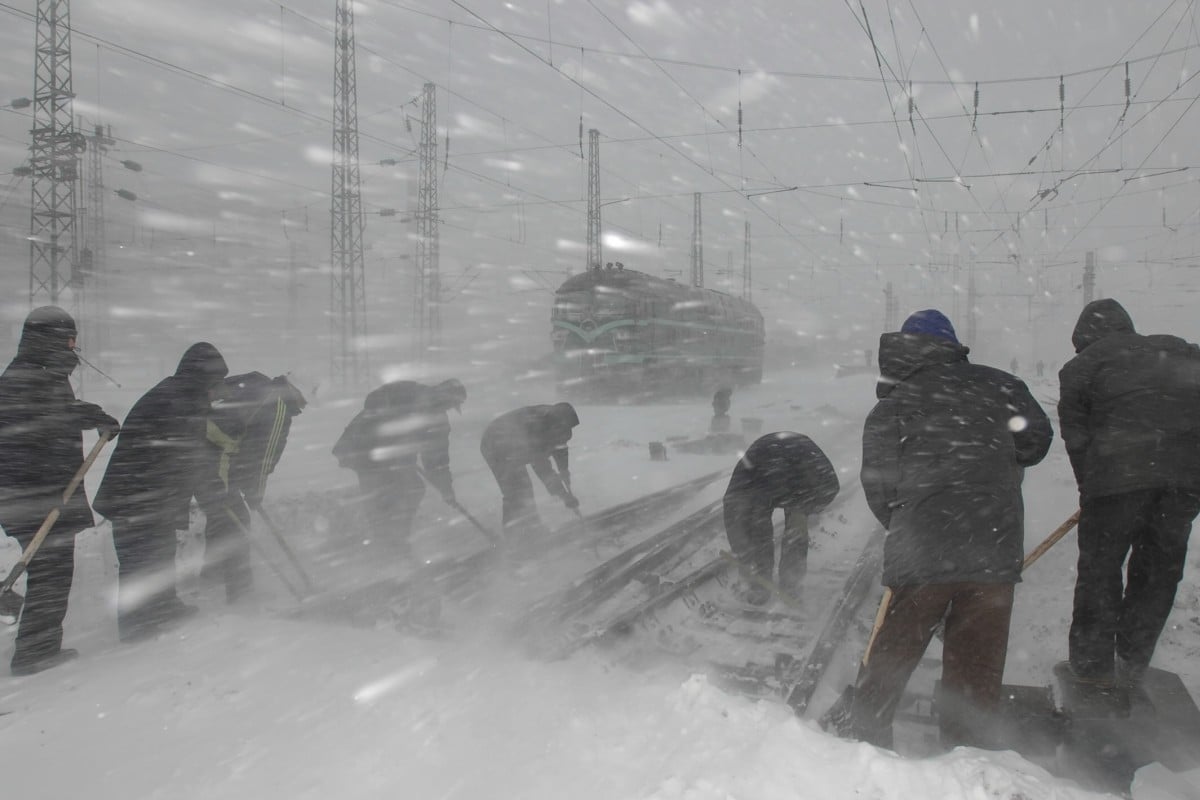 A team of Chinese researchers says a period of global cooling could be on the way, but the consequences will be serious. Photo: Xinhua

A new study has found winters in northern China have been warming since 4,000BC – regardless of human activity – but the mainland scientists behind the research warn there is no room for complacency or inaction on climate change, with the prospect of a sudden global cooling also posing a danger.

The study found that winds from Arctic Siberia have been growing weaker, the conifer tree line has been retreating north, and there has been a steady rise in biodiversity in a general warming trend that continues today. It appears to have little to do with the increase in greenhouse gases which began with the industrial revolution, according to the researchers.

Lead scientist Dr Wu Jing, from the Key Laboratory of Cenozoic Geology and Environment at the Institute of Geology and Geophysics, part of the Chinese Academy of Sciences, said the study had found no evidence of human influence on northern China’s warming winters.

“Driving forces include the sun, the atmosphere, and its interaction with the ocean,” Wu said. “We have detected no evidence of human influence. But that doesn’t mean we can just relax and do nothing.” 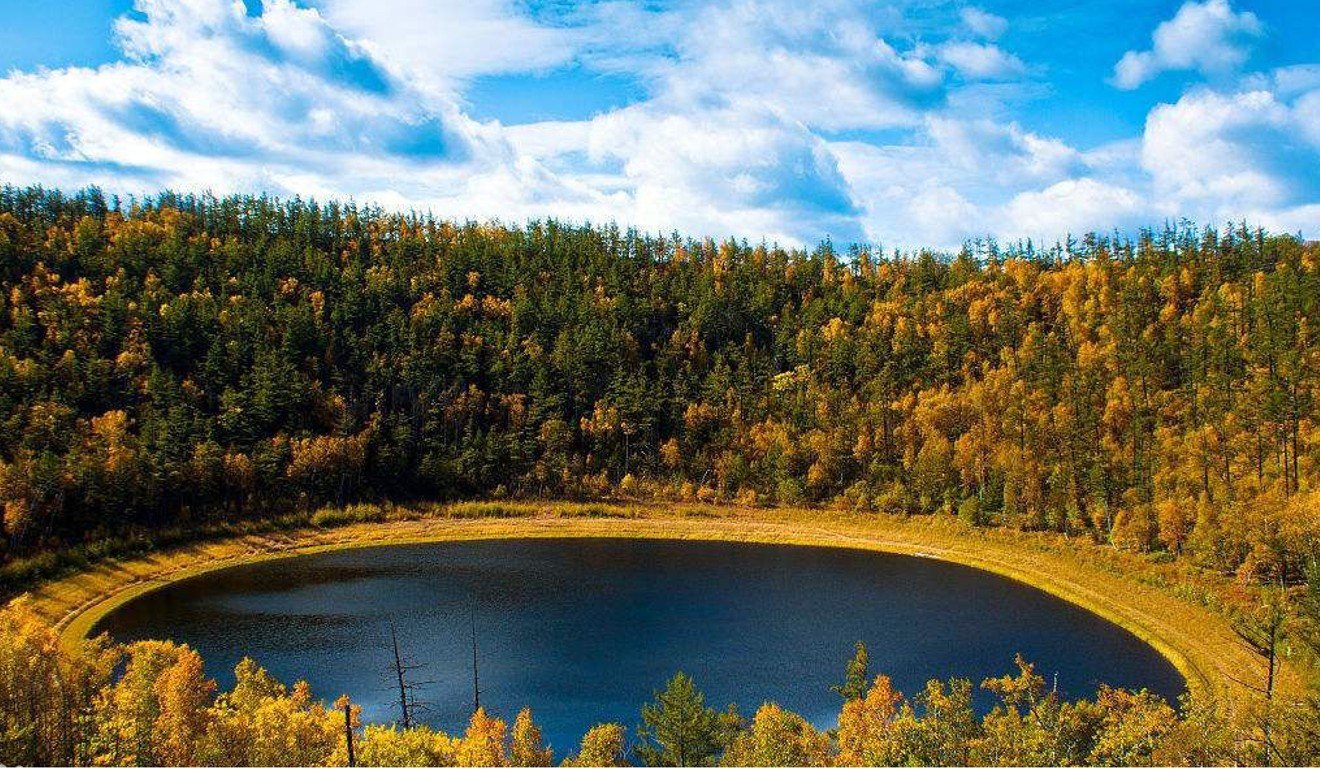 Moon Lake, a small volcanic lake hidden in the deep forest of China’s Greater Khingan Mountain Range, where a team of scientists spent more than a decade studying the secrets hidden in its sediments. Photo: Baidu

Wu and her colleagues are concerned that, as societies grow more used to the concept of global warming, people will develop a misplaced confidence in our ability to control climate change. Nature, they warned, may trick us and might catch us totally unprepared – causing chaos, panic, famine and even wars as the global climate system is disrupted.

There are already alarming signs, according to their paper, which has been accepted for publication by the online Journal of Geophysical Research: Atmospheres.

Wu and her colleagues spent more than a dozen years studying sediments under Moon Lake, a small volcanic lake hidden in the deep forests of the Greater Khingan Mountain Range in China’s Inner Mongolia autonomous region. They found that winter warming over the past 6,000 years had not been a smooth ride, with ups and downs occurring about every 500 years.

Their findings confirmed an earlier study by a separate team of Chinese scientists, published by online journal Scientific Reports in 2014, which first detected the 500-year cyclical pattern of China’s summer monsoons and linked it to solar activity.

The 2014 research, which drew on 5,000 years’ worth of data, suggested the current warm phase of the cycle could terminate over the next several decades, ushering in a 250-year cool phase, potentially leading to a partial slowdown in man-made global warming.

Wu said the latest study, with 10,000 years’ worth of new data, not only helped to draw a more complete picture of the 500-year cycle, but also revealed a previously unknown mechanism behind the phenomenon, which suggested the impact of the sun on the Earth’s climate may be greater than previously thought.

According to Wu, the variation in solar activity alone was usually not strong enough to induce the rapid changes in vegetation the research team recorded in the sediment cores of Moon Lake. Instead, the scientists found the warming impact was amplified by a massive, random interaction between surface seawater and the atmosphere in the Pacific Ocean known as the El Nino-Southern Oscillation.

As a result of the research findings, Wu said she was now more worried about cooling than warming.

“A sharp drop of temperature will benefit nobody. The biggest problem is, we know it will come, but we don’t know exactly when.”

One of the Deepest #SolarMinima of the Past #Century is Underway Now. Pounding of #CosmicRays

As the plains of Northern India reeled under the much-documented heat this week, the higher elevations of Kashmir were receiving super-rare June snow, with the lower regions inundated with heavy rains.

The unexpected June snowfall was received at the Sonamarg resort in central Kashmir, over its adjoining higher reaches and also in Drass, Kargil, Zanskar, towns in the Ladakh division, and in Himachal Pradesh, Uttarakhand and Sikkim.

“I have never witnessed snow in summer. For me it was a miracle of watching snow in June when the heat wave is continuing in northern parts of the India,’’ said Rajesh Kumar, a tourist from Rajasthan.

Jalal Jeelani, an environmentalist and renowned film maker on environmental issues said this was no cause for celebration: “For us it is a warning and sign of the global warming. The snowfall is dangerous to our horticulture and agriculture sector. We should ponder why this is happening in our region.’’

That’s right, snowfall is now a sign of global warming, too.

There’s no illogic off limits.

The catchments of south and north Kashmir received more than 2 inches (50 mm) of rain in the past 24 hours, according to the area’s Irrigation and Flood Control department.

“50 mm plus rainfall in a catchment results in a flood-like situation in the tributary. The people residing along the tributaries in south and north Kashmir are advised to remain alert and not go too close to these tributaries,” the department warned.

The sun is continuing it’s relative shutdown, as it enters it’s next Grand Solar Minimum cycle:

The cold times are returning.

We are now enduring the #coldest millennium in 10,000 years #Anthropogenic Global Warming

We are now enduring the coldest millennium in 10,000 years

Nonetheless, Climate alarmists promoting their views have converted the slight and truly beneficial warming at the end of the 20th century to a Modern high point “Great Man-made Global Warming Catastrophe”. 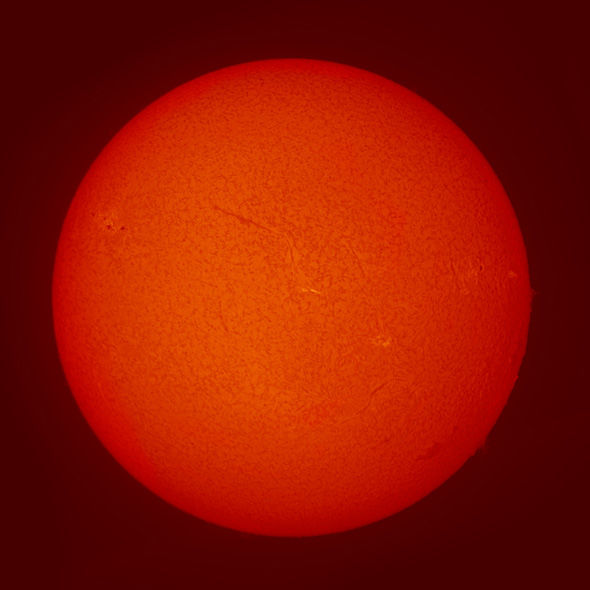 In 2018, the Sun has been without sunspots for 190 – or 60 percent – of days (Image: GETTY)
In 2018, the Sun has been without sunspots for 190 – or 60 percent – of days, indicating the solar maximum could be over. And NASA scientists warn that the switch from maximum to minimum has been so extreme that Earth’s atmosphere could experience “record cold”. The Sun follows cycles of roughly 11 years where it reaches a solar maximum and then a solar minimum.
During a solar maximum, the Sun gives off more heat and is littered with sunspots. Less heat in a solar minimum is due to a decrease in magnetic waves.
Martin Mlynczak of NASA’s Langley Research Center told CBN: “We see a cooling trend.
“High above Earth’s surface, near the edge of space, our atmosphere is losing heat energy.
“If current trends continue, it could soon set a Space Age record for cold.
“The thermosphere always cools off during Solar Minimum. It’s one of the most important ways the solar cycle affects our planet.”
NASA’s states on its website: “All weather on Earth, from the surface of the planet out into space, begins with the Sun.
“Space weather and terrestrial weather (the weather we feel at the surface) are influenced by the small changes the Sun undergoes during its solar cycle.”
The space agency adds on its Thermosphere Climate Index (TCI) “a weather metric that tells us how the top of Earth’s atmosphere (or ‘thermosphere’) is responding to solar activity” that “the top of Earth’s atmosphere is approximately 10 times cooler than it was during the record-setting Solar Max of 1957-58.”
The Sun was not expected to head into a solar minimum until around 2020, and if it is heading in early, it will mean a prolonged cold snap.
The last time there was a prolonged solar minimum, it led to a ‘mini ice-age’, scientifically known as the Maunder minimum – which lasted for 70 years.
The Maunder minimum, which saw seven decades of freezing weather, began in 1645 and lasted through to 1715, and happened when sunspots were exceedingly rare.
During this period, temperatures dropped globally by 1.3 degrees celsius leading to shorter seasons and ultimately food shortages. 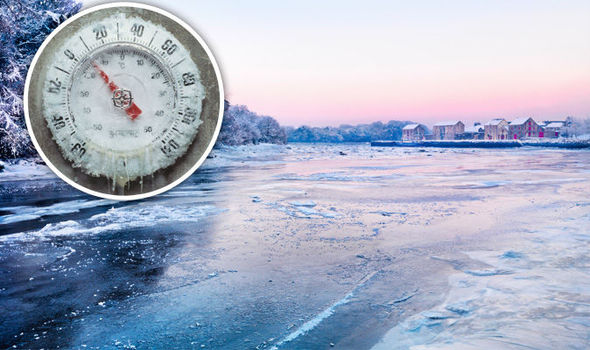