NASA is warning of the second ‘stadium-sized’ asteroid headed towards the Earth in as many weeks, shortly after announcing the postponement of its critical planetary defense mission to 2022.

Upping the ante significantly the following day, March 1, will be the Statue of Liberty-sized (91m) space rock 2011 DW, which will shoot past at a distance of 5.3 mn km.

Then on March 2 comes the piece de resistance, the second asteroid in two weeks which NASA describes as ‘stadium-size’: 1999 RM45, with a diameter of 396m – roughly 1.1 times the height of the Empire State building, 1.75 times that of the Golden Gate Bridge, or 0.5 times the size of the Burj Khalifa – will pay the Earth a passing visit at a safe distance of 2.6 mn km.

None of the aforementioned asteroids pose a particular threat to the planet, according to current understanding of their trajectories, but increasing reports about stadium-sized asteroids entering the Earth’s vicinity merely heighten fears of a potential impact.

The US space agency announced that its long-anticipated Double Asteroid Redirection Test (DART) planetary defense mission is now scheduled to launch in 2022, given that this year’s primary launch window from July 21 to August 24 is no longer viable.

According to a NASA statement, the mission was postponed due to technical issues with two major components of the spacecraft, as well as supply chain issues caused partly by the global Covid-19 pandemic.

Alas, one of the Earth’s most proactive missions to tackle the ever-present danger of asteroid annihilation will now take place some time during its backup window, which opens on November 24 and runs to February 15, 2022.

“At NASA, mission success and safety are of the utmost importance, and after a careful risk assessment, it became clear DART could not feasibly and safely launch within the primary launch window,” NASA Science Mission Directorate Associate Administrator Thomas Zurbuchen said in a statement.

The DART spacecraft should eventually launch on board a SpaceX Falcon 9 rocket from a US Air Force base in California. Its target is a binary asteroid system consisting of the 775-meter wide Didymos and 165-meter Dimorphos.

The DART mission is aiming to slam into Dimorphos and knock it off course, thereby proving the viability of deflecting asteroids as a primary planetary defense technique.

Residents in northern England and Scotland were treated to a spectacular celestial display this week when a suspected bolide exploded as it struck the Earth’s atmosphere.

The night skies over northern England exploded into light for a brief second courtesy of the huge flash, with residents marvelling at what it might be, anything from a military test to a crashing plane.

Thankfully, several people received alerts of suspicious activity on their doorbell cameras, only to discover they had, in fact, managed to record the ethereal, extraterrestrial effulgence.

I’ve seen meteors before but this one I was stunned by the colour, the length of the fireball and the length of time it was in the sky,” said one stunned resident.

Reports streamed in to the International Meteor Organization (IMO) and the UK Meteor Network from all over the northern UK about the celestial pyrotechnics display, which occurred at roughly 21:20 local time.

Due to the velocity at which they strike the Earth’s atmosphere, fragments larger than one millimetre have the capability to produce a bright flash as they streak through the heavens above,” the IMO says, in describing these bolides.

The hundreds of people across Northumberland who witnessed the event were perfectly positioned as it turns out the area holds Dark Sky Park status, meaning it has a particularly good view of such stunning spectacles, rivalled only by places like Death Valley and Big Bend Dark Sky Parks in the US.

These areas are protected for their exceptional night-time skies so they can be used in astronomical, scientific and educational research.

As nations across the globe say ‘good riddance’ to 2020, NASA has warned that a monstrous 220-meter asteroid is headed Earth’s way early in the new year.

Before that, this year’s final asteroid, 2020 YB4, measuring just 36 meters in diameter or roughly half the wingspan of a 747, passed by the Earth shortly after 6am UTC at a distance of 6.1 million kilometers. That means, in terms of the threat posed by space rocks at least, the planet made it out of 2020 somewhat intact.

However, in the first days of January, three additional, small Near Earth Objects (NEOs) will grace the Earth with their presence, for a brief time.

But the biggie will come on January 3, as the relatively mountainous 2003 AF23, measuring an impressive 220m in diameter or about as wide as the Golden Gate Bridge is tall, will shoot past at 6.9 million kilometers. 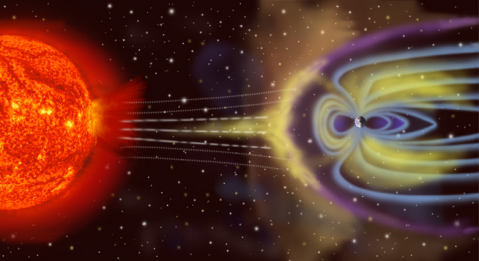 VERY POWERFUL INFLUX OF ENERGY WILL STRIKE THE WEAK MAGNETOSPHERE FROM 4th – 5th Jan 2021. FURTHER EARTHQUAKES, VOLCANO ACTIVITY AND ADVERSE WEATHER WILL BE GREATLY INFLUENCED BY THE COSMIC RAYS STRIKING THE EARTH’S CORE
**BE ALERT**
December 27, 2020

VERY POWERFUL INFLUX OF ENERGY WILL STRIKE THE WEAK MAGNETOSPHERE FROM 28th – 29th Dec 2020. FURTHER EARTHQUAKES, VOLCANO ACTIVITY AND ADVERSE WEATHER WILL BE GREATLY INFLUENCED BY THE COSMIC RAYS STRIKING THE EARTH’S CORE
**BE ALERT**
December 15, 2020

VERY POWERFUL INFLUX OF ENERGY WILL STRIKE THE WEAK MAGNETOSPHERE FROM 6th – 9th Dec 2020. FURTHER EARTHQUAKES, VOLCANO ACTIVITY AND ADVERSE WEATHER WILL BE GREATLY INFLUENCED BY THE COSMIC RAYS STRIKING THE EARTH’S CORE
**BE ALERT**
November 28, 2020 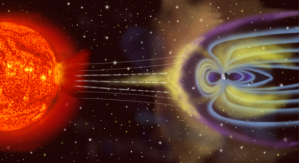