More than 12,400 people in Israel have tested positive for coronavirus after being vaccinated with the Pfizer/BioNTech jab, including 69 who had received their second dose, the country’s Health Ministry said.

Some 189,000 people were tested for Covid-19 after being vaccinated, with 6.6 percent getting a positive result, according to ministry data reported by Israeli outlets. The majority were apparently infected shortly after receiving the first jab of the two-part vaccine – a period when the inoculation isn’t expected to have kicked in yet.

However, 1,410 people tested positive two weeks after their first injection, by which time partial immunity should have already taken effect.

Moreover, 69 patients became infected with the novel coronavirus despite already having been administered both shots of the vaccine, the ministry said. Israel began administering the second doses almost two weeks ago, with Prime Minister Benjamin Netanyahu being the first to complete the course.

Pfizer has said that a spike in immunity occurs between Day 15 and Day 21 after the first jab, when the effectiveness of its vaccine increases from 52 to 89 percent. According to earlier trials, the protection offered by the vaccine reaches the 95 percent level a week after the second dose is administered, the pharma giant said.

When it comes to vaccines, the results of clinical trials may differ from how the immunization performs in the field, where it’s administered to a much greater number of people.

On Tuesday, Israel’s coronavirus tsar, Nachman Ash, reportedly complained to Israeli ministers about the insufficient protection provided by the first shot of the American vaccine. It turned out to be “less effective than we had thought” and “lower than Pfizer presented,” Ash said, as cited by Army Radio.

However, the head of the infection unit at Sheba Medical Center – where Netanyahu got his jabs – told Israeli media that the Pfizer vaccine “works wonderfully” after two shots. According to Professor Gili Regev-Yohai, 102 of the medics at the center were tested a week after completing the vaccination course, and all but two of them showed antibody levels between six to 20 times higher than seven days earlier.

Israel is leading the world in terms of pace of vaccination against the new coronavirus. Over the last months, some 2.15 million people received Pfizer/BioNTech jabs, with 300,000 already getting both shots.

Despite already vaccinating more than 20 percent of its own population, Israel doesn’t seem as eager to share immunization with Palestinians in the occupied territories. On Wednesday, the World Health Organization expressed its “concerns” over unequal access to vaccines between Israelis and Palestinian.

A WHO representative for Palestine said that the UN body has been in discussions with Israeli authorities on the possibility of allocating vaccines to the Gaza Strip and West Bank. Israeli Health Minister, Yuli Edelstein, has said her department may offer the Palestinian Authoritiy surplus doses after Israelis have received their jabs. 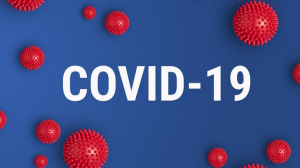 Chinese city of Nangong has completed construction of a massive 1,500-room observation ward in just 5 days after a local outbreak of coronavirus was detected. Some 5,000 more rooms are expected to be completed next week.

The large isolation center was built on the grounds of a factory outside the city, in the north-eastern Chinese province of Hebei. The facility made up of prefabricated huts, has 1,500 rooms to house people suspected of having coronavirus.

Each room measuring 18 square meters, comes equipped with a bed, electric heater, sink and toilet. WiFi access is also available to brighten up the stay of the patients.

Construction work kicked off on January 10 after a local cluster of coronavirus was detected in the city. The 1,500-room ward is the first of six to be urgently constructed in the city to contain the outbreak. In total 6,500 rooms are scheduled to be built with all the facilities expected to be ready next week. Another 3,000-room isolation center is under construction in Hebei’s provincial capital Shijiazhuang.

As of late Friday, the province has reported 643 locally transmitted as well as two more imported cases of Covid-19, according to official figures reported by Xinhua.

All the recent coronavirus clusters have been primarily caused by travelers coming from abroad or contaminated imported goods, head of the National Health Commission (NHC) Ma Xiaowei said on Saturday.

“Since December 2020, epidemic clusters have occurred in Beijing, Sichuan, Liaoning, Hebei and Heilongjiang,” Ma said. “They mainly have the following characteristics. Firstly, they are all imported from abroad, caused by travelers from overseas, or contaminated cold-chain imported items.”

At least 13 Israelis have experienced facial paralysis after being administered the Pfizer Covid-19 vaccine, a month after the US Food and Drug Administration reported similar issues but said they weren’t linked to the jab.

Israel has been hailed for its speedy and efficient mass inoculation program, which has vaccinated a staggering 20 percent of the country’s population since the drive began at the end of December.

For a handful of Israelis, however, the initiative has led to some unexpected health scares. At least 13 people have reported mild facial paralysis after receiving the Pfizer/BioNTech jab, Israeli outlet Ynet reported, citing the Health Ministry, adding that officials believe the number of such cases could be higher.

“For at least 28 hours I walked around with it [facial paralysis],” one person who had the side effect told Ynet. “I can’t say it was completely gone afterwards, but other than that I had no other pains, except a minor pain where the injection was, but there was nothing beyond that.”

The unnamed individual noted, though, that the unpleasant reaction was “something rare” and stressed that it was “important” people get vaccinated. However, he conceded that he was undecided about receiving a second dose of the vaccine.

Israel’s Health Ministry has stated that it is safe to administer the second shot, provided the facial paralysis passes and there are no lingering, long-term effects from the first jab. But some Israeli medical experts have chosen to ignore this advisory.

Ynet quoted Prof. Galia Rahav, director of the Infectious Diseases Unit at Sheba Medical Center, who said she did not feel “comfortable” with administering the second dose to someone who had received the first jab and subsequently suffered from paralysis.

“No one knows if this is connected to the vaccine or not. That’s why I would refrain from giving a second dose to someone who suffered from paralysis after the first dose,” she told the outlet.

Last month the FDA disclosed that Bell’s palsy, a form of temporary facial paralysis, was reported by four participants during phase three trials of the Pfizer vaccine. All four cases involved individuals who had been given the actual jab. There were no reports of paralysis among the control group that received a placebo.

In its report, the FDA noted the “numerical imbalance” of Bell’s palsy cases among the vaccine and placebo groups, but it said there were no other “non-serious adverse events” that showed a similar pattern.

Ultimately, the US drug regulator concluded that the issue was “consistent with the expected background rate in the general population,” and added that there was no clear evidence linking the coronavirus vaccine to the unpleasant medical condition. Still, the agency recommended“surveillance for cases of Bell’s palsy with deployment of the vaccine into larger populations.”

Over the past several weeks, the Pfizer drug has received emergency approval from governments scrambling to vaccinate their citizens. In December, the UK became the first country in the world to begin administering the jab to the general population. Although health officials have described the vaccine as safe and effective at reducing Covid-19 symptoms, worrying reports continue to surface about serious adverse effects. Mexico launched a probe in early January after a young doctor was left paralyzed minutes after being administered the drug. There have also been numerous cases in which people who suffer from allergies have experienced severe reactions to the shot.

Several reports have also linked the jab to unexplained deaths, but authorities have insisted that there is no evidence to suggest the vaccine is to blame in such cases. For example, a Portugese doctor who was reportedly in “perfect health”died shortly after being given the jab, but officials later concluded that there was no relationship between the death and the vaccine, adding that they could not disclose the exact cause of her death for legal reasons.