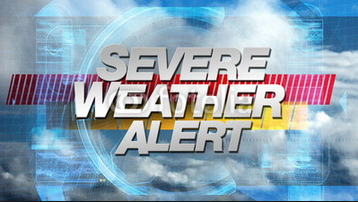 The Met Office has warned of “danger to life” from floods, gales and snow as Storm Christoph heads to the UK.

An amber warning for rain has been issued for northern, central and eastern parts of England from Tuesday, with flooding expected, while a less severe yellow warning covers Northern Ireland, Wales, southern Scotland and the remainder of England.

Manchester, Leeds and Sheffield are expected to get plenty of rain, with up to 70mm between 6am on Tuesday and midday Thursday – and upwards of 200mm in the southern Pennines and northern Peak District.

It’s prompted the Met Office to issue a “danger to life” warning due to fast-flowing or deep floodwater and a “good chance some communities [could be] cut off by flooded roads”.

Melted snow from recent days, combined with the predicted rain, have led to the Environment Agency issuing 11 local flood warnings – all of them in eastern England and mainly in North Yorkshire and Lincolnshire.

That means flooding is expected in those areas, while there are an additional 61 flood alerts in place – meaning that flooding is possible.

Katharine Smith, flood duty manager at the Environment Agency, said: “Heavy and persistent rain falling on already saturated ground with snowmelt in parts of northern, central and eastern England is expected to bring significant river and surface water flooding, and could cause damage to buildings in some communities.

“Flooding could continue to affect parts of central, eastern and northern England into Friday, with localised flooding of land and roads a possibility elsewhere across much of country on Wednesday and Thursday.”

People are being urged to stay away from swollen rivers and not to drive through flood water, as just 30cm (1ft) of flowing water can be enough to float a car.

And more snow could be on the way for some parts, as well as strong winds.

The Met Office’s chief meteorologist Dan Suri said: “As the system moves away into the North Sea on Wednesday night and Thursday morning, there will be strong winds along the east coast for a time.

“Meanwhile, colder air coming southwards into the weather system brings the risk of further snow on the back edge of this system.

“Temperatures will gradually fall across the UK through the end of the week and into the weekend bringing a return to widespread overnight frosts.”

Snow is most likely in Scotland and the North East, forecasters say, but there will be calmer conditions overall heading into the weekend.

Met Office spokesperson Nicola Maxey said: “It’s a very unsettled period as we go through the week until Friday where we see colder air from the north pushing away the low pressure, so we expect a fine cold day on Friday.”

It continues a period of unsettled weather for parts of the UK, with many seeing snow in recent weeks – some of it so severe that it has disrupted coronavirus testing and vaccination regimes.

And last month, many areas of the UK were hit by stormy conditions.

Caravans had to be evacuated and drivers rescued over the Christmas period, after parts of the country saw half a month of rainfall in one day.