Tropical storm Trudy struck Mexico at about 09:00 GMT on 18 October. Data supplied by the US Navy and Air Force Joint Typhoon Warning Center suggest that the point of landfall was near 16.2 N, 98.8 W. Trudy brought 1-minute maximum sustained winds to the region of around 92 km/h (57 mph). Wind gusts in the area may have been considerably higher.
http://tinyurl.com/q3w6gu9
October 18, 2014

Though Saturday morning was sunny, clouds started gathering in the sky since afternoon and by 3pm, dense clouds had covered the city sky. Later, the weather changed drastically and Bhopal witnessed dust storm, thunder and lightning. Soon, hailstones lashed some parts of the city, followed by heavy showers.
Branches of trees broke and hoardings were damaged at several places in the city. A tree branch fell on a car in front of Betwa apartment as a result of high-velocity winds, although no damage was reported. An official at the Meteorological office in the city said that winds blew at a speed of 30-35km per hour.
The rainfall that lasted for just about half-an-hour was so heavy that most of the roads were water-logged within no time, impeding traffic in major junctions like Jyoti Talkies Square, Board Office Square and Habibganj underbridge among other places.
Power disruption was also reported from some areas, though conditions normalised by 6pm when the rainfall and thunderstorm ceased.
Pedestrians rushed for shelter as hailstorm accompanied the heavy rain. The hailstones that hit the city initially were about 2 to 3mm in size, but their size reduced as the rain intensified.
The Arera Hills observatory of Regional Meteorological Centre recorded 35mm of rainfall in Bhopal city in half-an-hour. The observatory at Bhopal airport, however, recorded only 8mm of rain.
The thunderstorm activity was attributed to local conditions spurred by presence of an upper air cyclonic circulation system over southwest Madhya Pradesh. “The system was over northeast Rajasthan but has now moved to MP. This would lead to thunderstorm activities and rainfall in isolated places of southwest parts of the state,” director of Regional Meteorological Centre, Anupam Kashyapi told HT.
He added that such activity, particularly during the afternoon or evening hours, was expected in some parts of Madhya Pradesh including Bhopal for the next one or two days.
http://tinyurl.com/l539vvm
October 18, 2014

Landslide caused at Kyauk Gyi Su ward in Taunggyi, the Southern Shan State, at around 6:00 pm in  Friday evening. The landslide happened due to the heavy rain. Four females and 1 male, altogether 5 people were dead and 3 children were injured. The rescue team difficulty searched the dead bodies over 2 hours. According to the Police Station Commander, the three children who got injuries at the incident are now receiving medical treatments at Sao San Tun Hospital in Taunggyi and they are not in critical condition. Among five dead people, two are the hosts and three are the guests. This kind of incident was the first time in Taunggyi and the houses nearby the incident are afraid of the next one to be, said the locals.
http://tinyurl.com/oo39z93
October 18, 2014 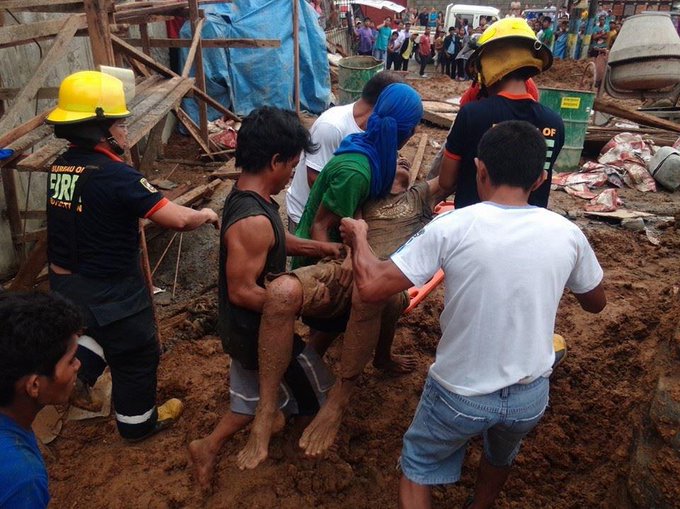 Tropical storm Trudy is forecast to strike Mexico at about 03:00 GMT on 18th October 2014

Tropical storm Trudy is forecast to strike Mexico at about 03:00 GMT on 18 October. Data supplied by the US Navy and Air Force Joint Typhoon Warning Center suggest that the point of landfall will be near 16.0 N, 99.0 W. Trudy is expected to bring 1-minute maximum sustained winds to the region of around 64 km/h (40 mph). Wind gusts in the area may be considerably higher.
http://tinyurl.com/q5kb4ea
October 18, 2014