U.S. officials have announced the country’s 15th confirmed case of the new coronavirus — an evacuee from China who had been under quarantine in Texas.

The patient had been flown to Lackland Air Force Base in San Antonio last week. The person is now in isolation at a hospital and is reported in stable condition.

The infection was confirmed through a Wednesday night lab test.

Tens of thousands of cases of the illness have been reported globally. The vast majority of them are in China. 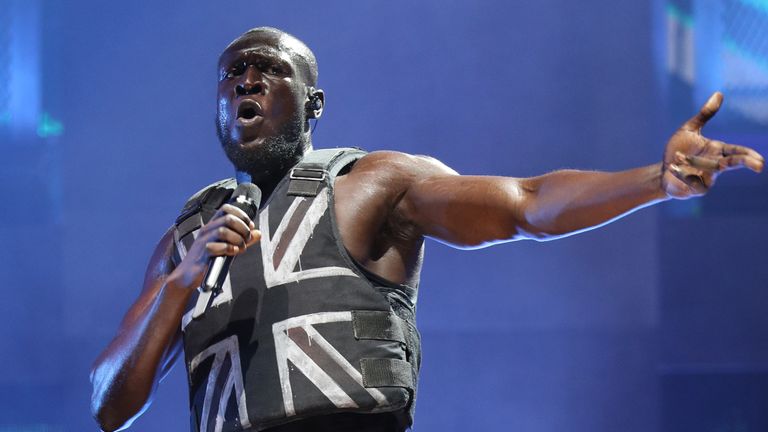 Stormzy has had to reschedule a number of dates

Stormzy has rescheduled part of his world tour due to the coronavirus outbreak.

The grime star said he would “regrettably” have to move a number of Asia gigs which were scheduled for March as part of his Heavy is the Head tour.

Writing on Twitter, he said: “I was seriously looking forward to bringing the #HITH World tour to Asia and playing some epic sold out shows but due to the ongoing health and travel concerns surrounding the coronavirus, I’m regrettably having to reschedule this leg of the tour.”

The affected shows are in Malaysia, Singapore, Japan, China and South Korea.

The announcement comes as more than 1,300 people are confirmed to have died from COVID-19, the disease caused by the coronavirus, according to the Johns Hopkins Centre for Systems Science and Engineering.

The majority of the deaths are concentrated in mainland China, although there has also been one death in the Philippines, another in Japan and one person has died in Hong Kong.

A total of 48,206 cases of COVID-19 are now being treated in Hubei province alone, most of them in the city of Wuhan.

Japan has announced its first death from the ongoing coronavirus outbreak, taking the global total to 1,710.

Health minister Katsunobu Kato said the victim was a woman in her 80s who had been in hospital since 1 February, when she was diagnosed with pneumonia, with the COVID-19 diagnosis coming after her death.

The woman was a resident of Kanagawa prefecture near Tokyo, but officials have refused to comment on Japanese media reports that she was the mother-in-law of a taxi driver who is also a confirmed case.

There have now been two deaths outside China, with the other coming in the Philippines, with the vast majority of confirmed cases and fatalities still restricted to Hubei province – the epicentre of the outbreak.

On Wednesday night, more than 14,800 new cases of the COVID-19, the disease which is caused by the coronavirus, were reported in Hubei.

Health officials there also confirmed 242 new deaths from the flu-like virus – the fastest rise since the pathogen was identified in December.

Japanese health officials, along with Princess Cruises, have announced an additional 44 positive cases of the COVID-19 — previously known as the novel coronavirus — among passengers aboard the quarantined Diamond Princess cruise ship docked in Yokohama.

The number of infected passengers totaled 218 as of Wednesday.

“Princess Cruises has been informed that over the next several days, Japanese health officials are planning a voluntary disembarkation of guests to complete their quarantine period at a shoreside facility,” the cruise line wrote in an update on its website. “From the information available it is our understanding that this will be a phased approach, with the most medically vulnerable guests in the first phase, including older adults with pre-existing health conditions.”

Once screened, guests who test positive will be transported to local hospitals. Those who test negative will be given the option of relocating to a shoreside facility, with individual rooms and bathrooms, for the final stages of quarantine. Guests are “also welcome to stay” on the Diamond Princess, if they so choose.

Princess Cruise’s latest announcement comes only a day after the Japanese Ministry of Health confirmed 39 new cases of COVID-19 among passengers on Feb 11, and three days after 66 other passengers were confirmed to have tested positive for the virus on Feb 9.

The Diamond Princess had been quarantined since Feb 3., after returning early from a 14-day cruise which stopped in Hong Kong and several other Asian ports. Concerns were initially raised after an 80-year-old passenger who disembarked in Hong Kong on Jan. 25 tested positive for COVID-19.

The novel coronavirus, which was officially named COVID-19 by the World Health Organization, has so far claimed the lives of over 1,300 and infected over 60,000.

A GP practice in North London has closed due to the coronavirus.

The GP practice in question is Ritchie Street Health Centre in Islington.

People are being told to avoid the practice even if they think they might have the deadly virus.

“Any patients that have the symptoms should call 111 and not come to the practice,” a spokesperson said.

The surgery is close to the Business Design Centre and Angel London Underground station.

This news comes after a London woman became the ninth person in the UK to test positive for the virus.

Doctors are now warning the London Underground could become a hotbed for a spread of the disease.

CHINA has been plunged into further chaos from coronavirus after districts in major cities introduced “wartime” lockdowns, banning all people from leaving their homes.

Officials in a district in the central Hubei city of Shiyan have introduced “wartime measures”, banning anyone not directly involved in the crisis from leaving their homes. Buildings and residential areas in the district have been closed off, with security carrying out 24-hour monitoring. Those found to be breaking gather rules will be “detained without exception”.

A Government notice reads: “Residents without prior approval are forbidden from leaving their home, building or residential compound.”

This order will be in place for the next 14 days, according to a report from China’s state-run Global Times newspaper.

The emergency move has come after 137 cases of coronavirus (COVID-19) were reported in the area – the second highest number in the city.

As of Wednesday, a total of 562 cases were reported there.

A Somerset GP has been closed due to a suspected coronavirus outbreak.

French Weir Health Centre in Taunton has been shut down today (February 13) by Public Health England.

A doctor at the surgery has said the facility is undergoing a deep clean of all surfaces.

A spokesman for the surgery said: “We have been closed down by Public Health England due to a suspected outbreak of coronavirus.”

Speaking to the Somerset County Gazette, Dr Mike Smart said: “We have had a possible case of coronavirus.

“We have been advised by Public Health England and have temporarily closed the practice following their advice.

“We are still helping patients via phone calls.

“We have had a deep clean of all the possible infection areas, but at this stage coronavirus has not been confirmed.”

The adjacent pharmacy is unaffected.

The surgery posted on its Facebook page: “The surgery is currently closed for infection control reasons.

“We are sorry for any inconvenience caused.

A BABY boy has become the youngest Brit with suspected coronavirus as his petrified dad revealed “we’re in hell”.

The eight-month-old tot and his mum have been put into quarantine in their own home after they both came into contact with an infected GP.

His dad, who did not wish to be named, said his son had “all the coronavirus symptoms” and feared his four-year-old daughter has also caught the deadly bug in Worthing, West Sussex.

He told the Telegraph: “We’re in hell, completely petrified. My ex-partner keeps breaking down in tears.

“We’re staying in the house and giving the kids Calpol and paracetamol, but nothing’s working.

“My little boy has haemophilia and a lung condition, so he’s already poorly.”

A search was under way today for people who may have come into close contact with the first Londoner to be diagnosed with coronavirus.

The woman, a Chinese national believed to be in her 20s or 30s, arrived at Heathrow at the weekend on a flight from China.

She is understood to have contracted the virus in China but not to have been symptomatic on the plane, reducing the chances that she was infectious to others.

She was admitted to St Thomas’ Hospital last night after tests on Sunday proved positive. She is the ninth case in the UK.

Health experts today raised concerns that the virus could have been spread if she had used public transport, though Public Health England says it is only likely if there is “close and sustained contact” — being within two metres of someone with symptoms for 15 minutes.

The Government’s chief medical officer, Professor Chris Whitty, today said that not all fellow passengers on the plane would be contacted.

He told the BBC: “What happens with any case is you take a detailed history and story from the people and you work backwards through everybody they might have come into contact with.

“Sometimes that involves looking at planes if that is relevant, also who they have met.”

Anyone found to have been in close contact with the woman will be asked to self-isolate for two weeks.

Professor Whitty said the Government’s strategy was focused on containment of identified cases, delay, science and research, and mitigating the impact of any spread.

He said: “Delay is the next stage of what we need to do because if we are going to get an outbreak in the UK — this is an if, not a when — putting it back in time into the summer period, away from winter pressures on the NHS, buying us a bit more time to understand the virus better … is a big advantage.”

It is not known whether the virus, which is spread by droplets from coughing or sneezing, can survive on door handles or grab poles on buses or Tubes.

“However, it is not normally the main factor in the spread of an outbreak due to relatively short time periods of being in close proximity to an infected case.”