The Sierra’s first winter storm of the season is expected to arrive this weekend.
The National Weather Service forecasts strong winds beginning Sunday afternoon around Lake Tahoe and the northern Sierra followed by rain and snow Sunday night into Monday.
Between six inches and a foot of snow is possible in the mountains above elevations of 7,500 feet.
A few inches of snow are possible over the top of highway passes Monday morning, and there’s a chance snow could accumulate in the valleys Monday night.
Rain should begin north of Interstate 80 Sunday evening, moving south early Monday. Rain is likely in Reno Sunday night, and snow possible Monday night.
Courtesy of sfgate.com
http://tinyurl.com/pxx5ucy
October 31, 2015

Screen capture taken Monday showing the USGS interactive earthquake map. The swarm is makai of Highway 11, north of Pahala town
A small increase in earthquake activity on the southwest rift of Kīlauea near Pahala has been observed over the past few days.
An interactive USGS map shows the location of the quakes.
Courtesy of bigislandvideonews.com
http://tinyurl.com/ow753bn
October 31, 2015

Ash plume from Lascar yesterday
An moderately strong ash eruption occurred at the volcano yesterday morning at 09:32 local time. An ash plume rose approx. 2.5 km from the summit crater.
It is unclear whether the eruption was caused by fresh magma or, more likely, by an explosion of overheated water (phreatic activity).
There had not been any particular indication of new activity. According to SERNAGEOMIN’s routine reports, seismic activity under the volcano, dominated by earthquakes related to internal fluid movements, had been progressively decreasing during the past months, from a total of 207 in May to 62 events in September.
The alert status of the volcano was raised to “yellow” and in the coming weeks, it will be monitored more closely.
Courtesy of volcanodiscovery.com
http://tinyurl.com/nbskvxo
October 31, 2015

Another (the third) eruptive phase began at the volcano yesterday evening. From 16:00 local time, the volcano observatory recorded an increase in tremor and new lava was seen in the vent after 20:00.
Shortly after 04:00 this morning, activity intensified further and formed a new active lava pond inside the large new crater that had formed early in the eruption near Piton Rivals. The activity is currently observable from the path leading to Piton Bert.
Courtesy of volcanodiscovery.com
http://tinyurl.com/o2nnhfy
October 31, 2015 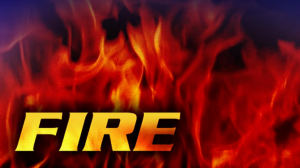 The smoke could be could be spotted from miles away Friday, billowing high into the air and blending into the overcast sky above.
As commuters pulled over on M-57 to gander at the mammoth plume, the source of the smoke itself, a large fire at Renaissance Power in Carson City, was steadily being contained by firefighters.
At approximately 10:42 a.m., the Carson City Fire Department was dispatched to the report of a structure fire at the 732 megawatt simple-cycle natural gas facility.
Upon arrival, Fire Chief Mark Crawfis and his firefighters discovered a large energy transformer had caught fire, and more danger was hanging close overhead. An oil bin, containing 15,000 gallons of oil, was within reach of flames shooting high into the air.
Crawfis said he ordered his firefighters to begin cooling the transformer as quickly as possible, and more manpower and tankers soon arrived from the Crystal Township Fire Department, which was automatically dispatched as part of a mutual aid agreement for structure fires.
With the departments’ fire trucks, in combination with Renaissance Power’s in-ground hydrant system and mounted deck water guns ready for use, firefighters quickly surrounded the transformer and began pouring water onto it from a safe distance.
“We were able to fire (the water deck guns) right up, and they have their own water supply, so that made it much easier,” Crawfis said. “We just kept pouring water on it until we could get it snuffed out.”
Crawfis said due to the danger of the oil bin, and the heat of the fire, which he said is much hotter than a standard house fire, firefighters fired streams of water from multiple angles and at a distance to avoid any complications.
“It’s a lot hotter than a house fire, you have to stand much further back and use master streams to combat it,” he said. “And with the bigger worry of the oil igniting above you, you have to stand back.”
Crawfis said the area had been de-energized by employees on site before the department arrived, making it safe for trucks to be parked in range for firefighters to effectively fight the fire.
Shortly after 11 a.m., Crawfis reported to Montcalm County Central Dispatch that the fire had been contained. By 12:22 p.m. the fire was declared extinguished.
Firefighters then poured a fire suppression foam onto the transformer to blanket it and prevent it from reigniting.
Two months ago, Crawfis performed a site tour with officials at the plant, which he said “helped tremendously” in extinguishing Friday’s fire.
“This was the first fire of this magnitude that we’ve had out here,” he said. “We’ve been practicing, but even this time we found some things that didn’t work, like their foam tank, which didn’t connect to our truck. But that will be fixed today. Knowing the lay of the land, where the hydrants are at and where we need to connect at, it helps a lot. We knew exactly where we could drive our trucks and where to hook up with hydrants.”
Crawfis described the scene as the same scenario as extinguishing an oil well fire, and credited his firefighters, all of whom work on a volunteer and part-time basis, for having the knowledge and foresight to handle the fire appropriately.
“For our first time fighting this big of a fire here, it was a success,” he said. “I was really happy and surprised how many folks we had show up during the daytime on a Friday. Some of them did leave their jobs to come up here and help. That’s a testament to our firefighters, and their employers, for letting them leave and do this.”
Crawfis said the cause of the fire has not been determined, and he likely will not find an answer until next week when he performs an After Action Review with Crystal Township Fire Chief Scott Brundage and plant managers.
“We’ll see if we can determine what happened, whether it was an oil line that came loose, overheated, or maybe something to do with the energy,” he said.
Crawfis said he does not believe the cause of the fire to be suspicious.
“This location is monitored and there are personnel on site whenever they are operating at all times,” he said.
According to Crawfis, residents of the Carson City area did not experience any power loss, stating that the plant was able to back-feed energy from a substation north of town to provide power.
Crawfis said the transformer that caught fire is likely completely destroyed.
“I’m sure (the transformer) will need to be replaced, but I think they already have another transformer down here that they can swap out,” he said.
Renaissance Power was purchased by DTE Energy Co. of Detroit in January from previous owner LS Power Group. Plant Manager Matt Kaleyta said all statements from Renaissance Power are being handled by DTE, as per company policy.
DTE Energy Lead Communications Strategist Vanessa Waters confirmed there were no injuries at the plant, adding that the facility was prepared for a transformer fire.
“There was a fire involving a transformer, the fire was put out,” she said. “The fire was contained to that piece of equipment. There were no injuries. In general, DTE prepares for emergencies at all of our facilities. We would have been well prepared for what occurred today.”
Courtesy of thedailynews.cc
http://tinyurl.com/ohasoq8
October 31, 2015